Samuel Bouchard Finds Superheroes in the Audience at RUC

Robotiq's Samuel Bouchard identifies all the superheroes in the audience, and gives everyone a test at RUC 2018.

Samuel started his keynote earlier today by talking about this historic building that we are in over the next three days, which we introduced in yesterday's blog post. He told the story of a very short battle which happened close by:

And 45 minutes is the amount of time I've got, right before lunch, and we're going to talk about how we create the evolution of collaborative robots." 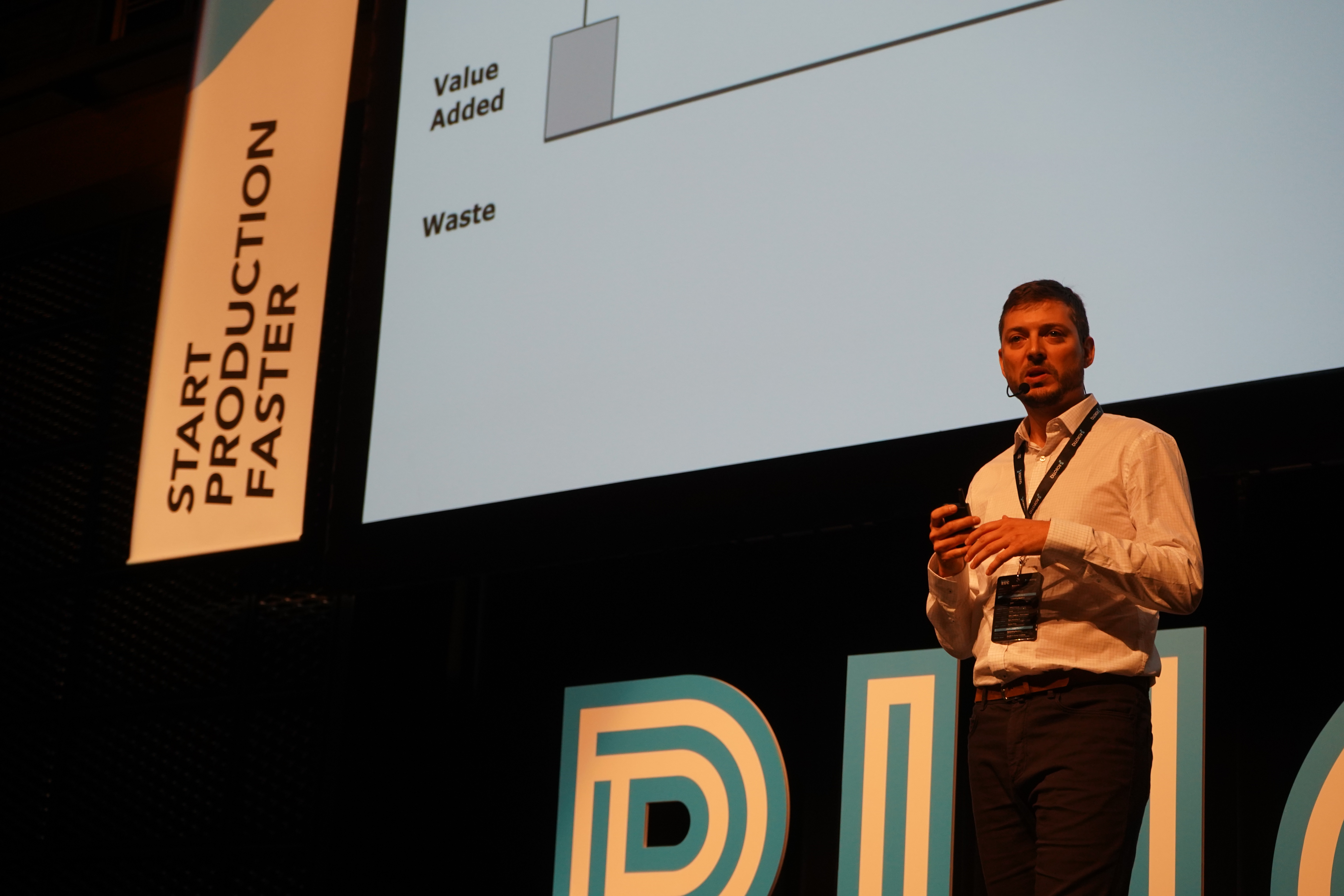 Which is most important? Start, production or faster?

Samuel began by getting the audience to vote for which word they thought was the most important in our Robotiq tag line. Start? Production? Or Faster? (what do you think?)

This was perhaps a clever way to pick out who of us in the audience have actually read the Lean Robotics book! (if you haven't read it yet, you can get a copy via this link).

The answer, of course, is "production." After all, the whole point is to be producing something!

Samuel followed on from Jeff Burnstein's keynote this morning with some estimates about the size of the cobot market. He agreed with Jeff that, although the numbers are not certain, the cobot market looks set to grow impressively.

He explained why the growth of cobots will be exponential:

He recognised that most of the companies that will benefit from robots haven't started using them yet.

The problem, Samuel explained, is that it takes so long to deploy robots. Far longer than it needs to. He introduced a case study of a robot integration which took longer than originally planned.

The customer was Westcoast, a materials company that had two robots with two dual grippers for a machine tending application.

He described the various steps in their integration which caused delays. Programming problems caused several instances of "email ping pong" (as Samuel calls it) with the partner. Then the interactions which occurred when the robot moved to a production environment caused even more delays and reprogramming. The white boxes on the image below represent all this waste.

He explained that this is a very common situation. He asked:

"Why is it taking so long? We can do two things. We can try to integrate a little bit faster. But the big gain is removing all the waste, all the inefficiencies that we have when we deploy robots."

Superhero application engineers in the house!

Samuel got all of the application engineers to put their hands up (those who are responsible for getting the robots up and running). There are about 60 of them here at RUC, who are all taking part in the challenge tomorrow.

"You guys have a super power. You have the power to deploy robots. You know how it works and you know how to do it. And this knowledge is quite rare in the industry because collaborative robots are a new thing."

He explained that we need to leverage their skills so they can "use their superpower all the time."

Just like Batman has the bat phone, which rings when people need his help, the "cobot men" will soon have their own "cobot phone."

"You're going to have a new tool that will allow you to get all the information, know that someone's in trouble and instantaneously offer support. Get in, solve the problem, and get out and on to your next mission." 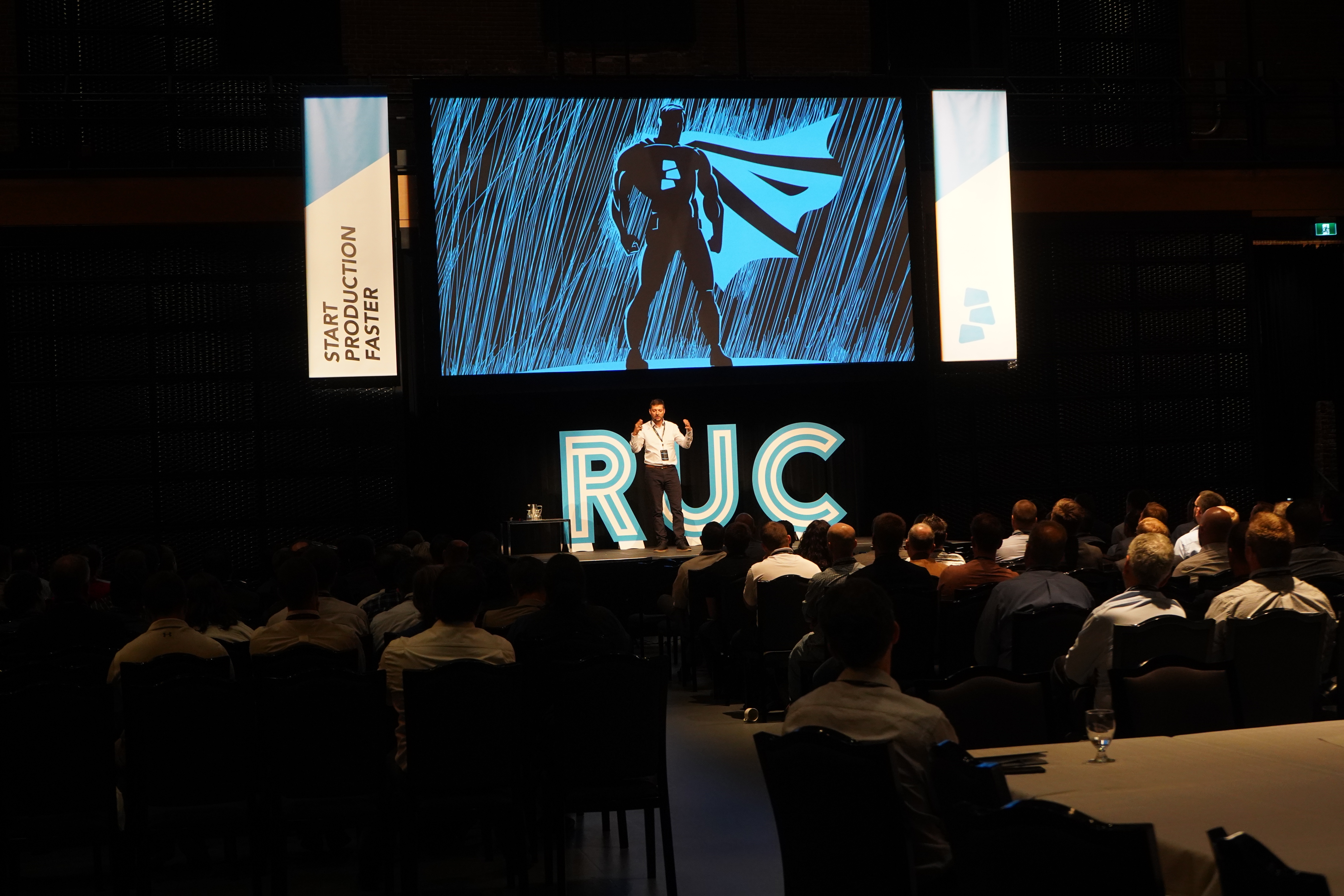 The new product is not called the cobot phone, of course. It is called Inside Supermode Access.

He explained that it's a tool which grants remote access to the teach pendant of the robot, allowing application engineers to do minor modifications to the programming from afar.

Modules: building blocks for every application

The new Inside Supermode Access module is just the latest in our line of cobot modules. Samuel explained that Robotiq has focused on modules because every application is different. The real power of modules comes when you combine them.

As Robotiq is a developer, he explained, in order to really use the power of modules we need a good platform. He said:

"We need a solid arm, we need a powerful controller, we need a good user interface that we can add our software on top of it, and we need good development tools. And that's really the whole package that UR is providing us as a developer. And that's even more true now with the e-Series"

The teams will get to experience the power of these modules tomorrow when we begin the technical challenge.

Samuel finished up by explaining the new software that we have released to make use of the e-Series integrated force-torque sensor: The Force Copilot.

You can find out more about Force Copilot in our blog post from this morning.