A newly-published research paper on human-robot collaboration indicates that people perform better with 'robotic teammates' when they feel an emotional connection towards the robots.  (Note: Senior author on the paper is Lionel P. Robert Jr., the first participant in this blog's The Cobot Experience series.) 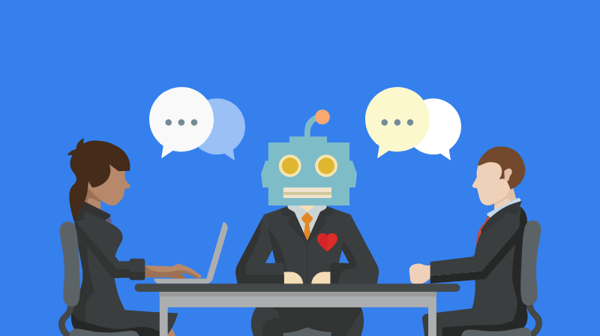 Via University of Michigan News:

California-based Fetch Robotics, an industrial robotics startup that develops mobile, collaborative robot solutions for the warehousing and logistical markets, raised US$46 million this week in Series C funding.  Led by Fort Ross Ventures, the funding will be used "for international expansion, to meet accelerating customer demand, and for ongoing research and development," Tech Startups reported.

EIS Ltd released video of a fun experiment in which they set up a TM cobot fitted with a Robotiq gripper to unscrew a bottle cap and pour water...

Sad news this week as Acutronics Robotics announced in a blog post that it will be closing down July 31st, due to insurmountable funding challenges.  Acutronics had been developing the 'Hardware Robot Operating System' or H-ROS, a communication bus to enable robot hardware components to interoperate securely and safely.  (The Robot Report has more.)

New Scale Robotics has announced the first multi-tool mounting system for Universal Robots' UR3e cobots.  The NSR-MTM-3-URe Multi-Tool Mount System allows users to mount and control up to three grippers or other tools on one cobot...

The Planetary Society has been celebrating the successful deployment of its LightSail 2 solar sail system on Tuesday. 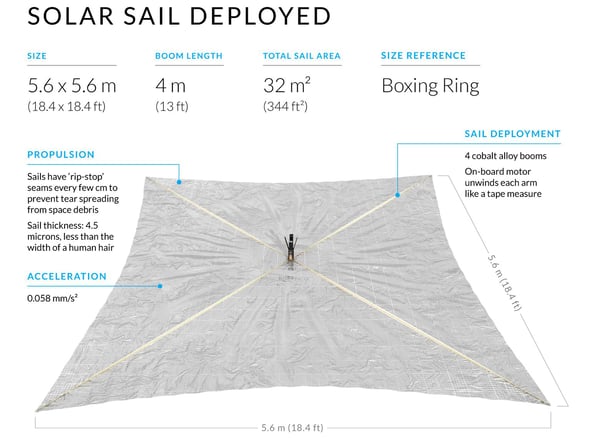 The solar sail will remain in orbit around Earth and, if all goes as planned, will gradually increase its altitude thanks to pressure from solar radiation on the sail. As per its role in the future, [Bill] Nye says the solar sail could one day be employed to send robotic missions beyond our solar system. While the initial speed of a spacecraft would be slower than if equipped with a motor, it would accelerate continuously and ultimately reach extraordinary speeds.

Through the partnership, AIS will work with AgriNomix to create solutions for nurseries and greenhouses faced with labor intensive tasks, as AIS’s mobile, autonomous robot provides nurseries and growers experiencing acute labor challenges with innovative and cost-efficient automation solutions.

Engineers at the University of California, Davis, and Carnegie Mellon University have unveiled a proof-of-concept gripper that uses engineered bacteria to "taste" chemicals.

“Our long-term vision is about building a synthetic microbiota for soft robots that can help with repair, energy generation or biosensing of the environment,” said Cheemeng Tan, a biomedical engineer at UC Davis.

1.  Is it a transformer? Is it an endurance submarine bot? Is it a dual-arm semi-humanoid capable of carrying out complex manipulation tasks?  It's Houston Mechatronics' Aquanaut and the answer is "All three!" (H/T IEEE Spectrum)

2.  Thirty per cent of a nurse's day is spent "hunting and gathering" for supplies, according to Diligent Robotics CEO Andrea Thomaz. As video released Thursday by the U.S.'s National Science Foundation shows, this is where mobile cobots like Moxi can assist.

3.  Researchers at The University of Utah have created a system that enables a robotic proesthesis to mimic the way a human hand feels objects by sending appropriate signals to the brain; in effect enabling people to regain a sense of touch through a robotic limb. (H/T CNN Health)

4.  Researchers at Queen Mary University of London have developed an octopus-inspired soft robot equipped with a novel actuation system that pumps air into the robot's "tentacles," enabling it to rotate and change direction. (H/T Mashable)

5.  Toyota released video this week showing its Tokyo 2020 mascot bot 'Miraitowa' in action.  The theme of Toyota's robotics is 'Mobility for All' and one of the possibilities being explored is that schoolchildren will be able to connect to Miraitowa, enabling them to remotely enjoy the Olympic experience through the robot's eyes.   (H/T Toyota)