Customers who would like to begin designing and evaluating manufacturing process steps incorporating FreeMove today can purchase the FreeMove Application Development Kit [...] a version of FreeMove running on non-safety-ratable hardware that must be used with redundant safety systems for development purposes. The resulting designs can be implemented in production with the full Veo FreeMove system.

Following the successful deployment of cobots across its global manufacturing facilities from India to the United Kingdom, Cummins has announced plans to more than double the number of collaborative robots it uses by the end of 2019. 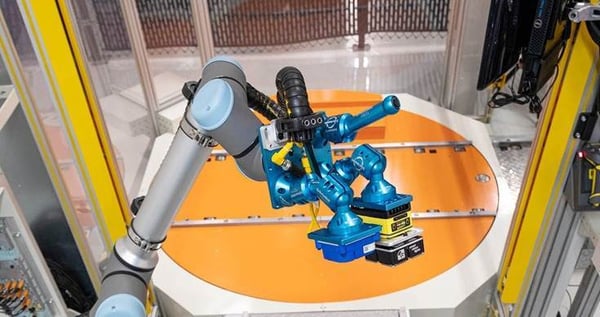 Cummins' Darlington Engine Plant in the UK is using this cobot for quality
improvements and managing parts proliferation.  Credit: Cummins

“As I walk through our diverse plants today, I see opportunities for applying collaborative robot technology every few feet,” said Elizabeth Hoegeman, Cummins Executive Director – Global Manufacturing Engineering. “Our vision is to steadily invest in cobots over the next several years until we exhaust viable applications.”

NASA's Curiosity rover has discovered fluctuations in the levels of atmospheric oxygen on Mars that researchers are "struggling to explain."  A study published Tuesday in Journal of Geophysical Research: Planets found that oxygen rose by a peak increase of 30% in the spring and summer before dropping back to normal levels in the fall.  Scientists aren't quite sure why. 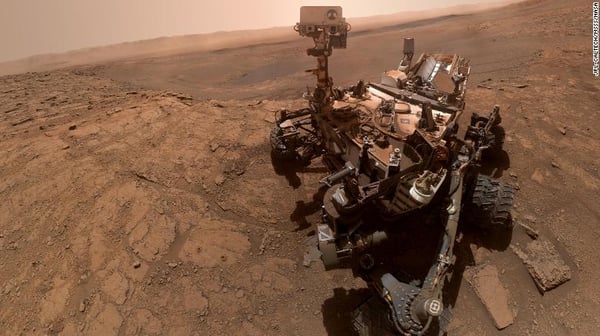 A selfie taken by the Curiosity rover in October 2019.  Credit: NASA

"The fact that the oxygen behavior isn't perfectly repeatable every season makes us think that it's not an issue that has to do with atmospheric dynamics. It has to be some chemical source and sink (of elements into the soil) that we can't yet account for," [said Melissa Trainer, planetary scientist at NASA's Goddard Space Flight Center].

A team led by Dr. Vitor Mendes Pereira, a neurosurgeon at the Toronto Western Hospital, has completed an in-human robotic-assisted neurovascular intervention for the first time using a medical assistant bot developed by Corindus. 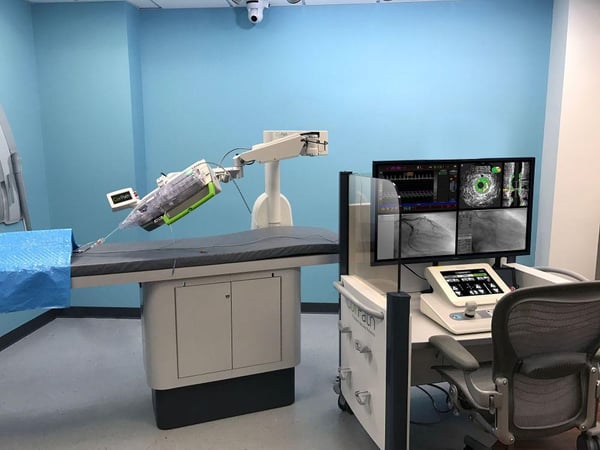 The implications for this robotic brain surgery are huge, heralding a transformation of the way surgeons treat things like aneurysm and stroke. That will particularly be the case once 5G becomes a reality, opening up the possibility that surgeons will be able operate these robots remotely, potentially bringing unprecedented access to care worldwide.

Researchers from the Princeton Plasma Physics Laboratory and Princeton University have created a prototype robot that can identify sources of nuclear radiation and determine whether said sources have been shielded to avoid detection.  The developers hope that their remote-controlled prototype, which was unveiled this week, will eventually led to the creation of a mobile, fully autonomous neutron detecting swarm. 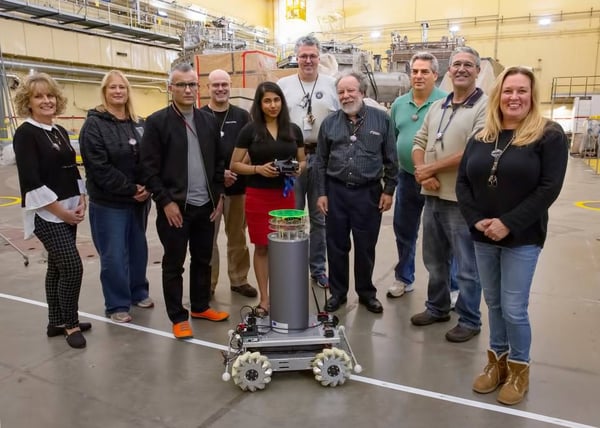 The now-calibrated “inspector bot” consists of a cylinder of polyethylene plastic containing three neutron counters set 120 degrees apart and mounted on a robot with specialized wheels that enable it to move in any direction. The detectors, designed by Goldston and Moritz Kütt, a former postdoctoral Princeton researcher, provides both high sensitivity to the energy of detected neutrons and the direction from which neutrons are coming. Low energy could indicate shielding.

1.  From soaring drones to sliding snake bots, robotic first responders are increasingly being used to reduce risk and improve human efficiency in emergency scenarios.  New video from freethink (accompanying article here) provides a compelling overview of developments in the field.

2.  The progress of 3-D printing has been hampered by slow printing times and limitations on the number of printable materials that can be combined at once.  This week, researchers unveiled a new design that enables speedy switching between different materials and improved printing times.  (H/T Nature)

5.  Drones are being tested to help fight malaria on the island of Zanzibar, off the coast of Tanzania.  The drone sprays rice fields --common breeding grounds for malaria-spreading mosquitos-- as part of the government of Zanzibar's goal of eliminating malaria by 2023.  (H/T AfricaNews)