Passing objects back and forth is one of those everyday activities that humans accomplish with ease but robots find mysterious, confusing and difficult to compute.

As a result, developing systems that enable human-robot handovers to occur in ways that are just as fluid and natural as human-to-human handovers has become a target for cobot researchers around the world from Australia and Canada to Singapore. 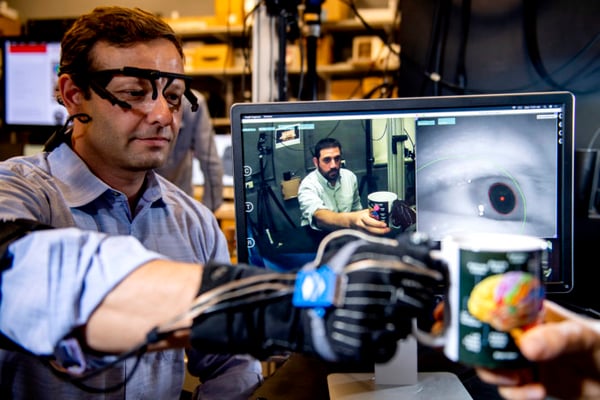 Now, with the help of a National Science Foundation grant, researchers from Northeastern University in the United States plan to join the fray by tracking human eye gaze, physical motion, muscle activity and brain signals as part of the latest effort to engineer fluid human-robot handovers.  News@Northeastern reported Monday:

“We want the robots to act more like a human collaborator,” says Tunik, who is a professor of Physical Therapy, Movement, and Rehabilitation Science and associate dean of research in the Bouvé College of Health Sciences. “To get robots and humans to be able to infer each other’s intent, and then act proactively to decipher that intent, and be able to seamlessly pass objects back and forth.”

China's industrial robotics industry needs to wean itself off government subsidies and innovate to catch up with foreign peers, according to Dai Zhendong, a robotics professor at Nanjing University.  Zhendong pulled no punches in an interview with South China Morning Post:

"Actually, many companies joined the industry with the sole purpose of swindling subsidies from government authorities. The financial support system should be improved and perfected. The government should also improve the intellectual property protection system to ensure the interests of people who innovate, or no one will invest in technology development any more."

Austin, Texas-based Diligent Robotics (makers of nursing assistant/mobile cobot Moxi) announced this week that it has raised USD3m in seed funding and that beta testing is now complete. 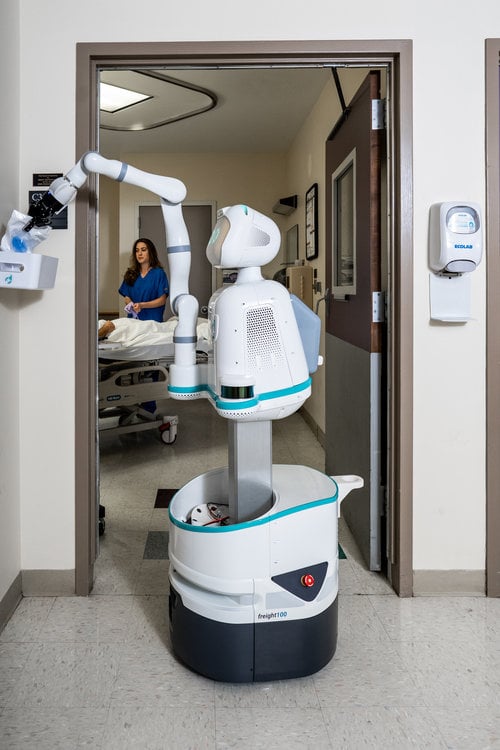 “Our vision is to improve the way people think about their work by giving them more time to utilize their unique human skills and let friendly robot assistants efficiently take care of their chores,” stated [Andrea] Thomaz, CEO of Diligent Robotics. “We are proud to have the full support of our past investors as well new key investors to accelerate the rollout of Moxi robots into hospitals.”

New video from Olympus Controls shows the result of some of their engineers getting creative with Universal Robots' recently-released UR16e cobot, by attaching a UR3e to its tool flange in order to create what they have dubbed "the UR316e, 12 axis robot."

An entire UR3e is well within the 35 lb payload of the heavy-duty new cobot, Olympus Controls says... [Note: Don't try this at home without first performing a risk assessment.]

The Minerva-II2 rover began its slow descent to the asteroid Ryugu early Thursday, according to the Japan Aerospace Exploration Agency. 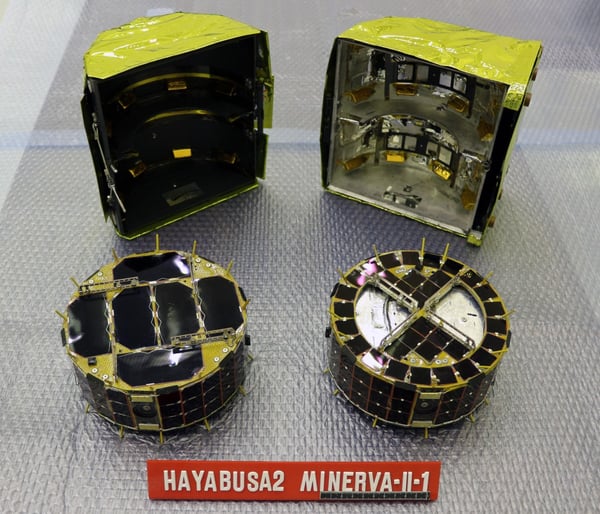 The Minerva-II2 rover began its descent from an altitude of about 1 kilometer (0.6 miles), but it won’t reach the surface until early next week. After releasing the lander, Hayabusa2 moved back up to a higher orbit to monitor the robot’s progress.

Taking selfies is hard work.  By the time you've located your cell phone, switched its cam to selfie mode, chosen a filter, got yourself into the most photogenic position and assembled a pair of duck lips on your face, the moment can be lost.  So unfair.

Enter 'SelfieBot' --a 1.82m (6 ft), "robotic platform" that combines an elevated photo booth, videographer and a photo printer all-in-one.  First unveiled back in 2017, this week we read that SelfieBot is now available on a rental basis in Europe, the United States, Australia and Singapore. 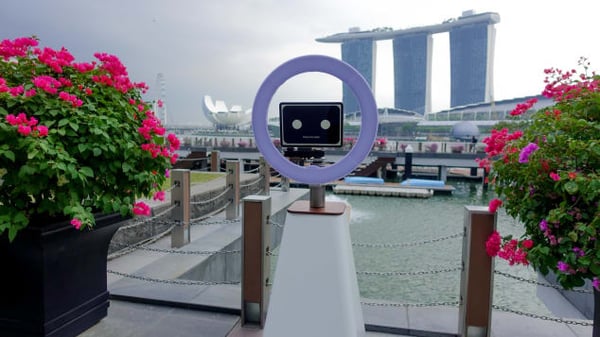 AI-powered conversational interface offers a fully customizable speech function to interact with the crowd to take snapshots and videos. Users can simply tap on the monitor to activate the photo-taking function.

A mobile weed-killing robot in the UK is reported to have reduced herbicide usage on crops by up to 95 per cent.   The 'eyeSpot' robot, which recently completed trials, is fitted with cameras and software that can identify the leaves of weeds so the bot can apply herbicide exactly where it's needed, thereby reducing costs and the impact of farming on the environment. 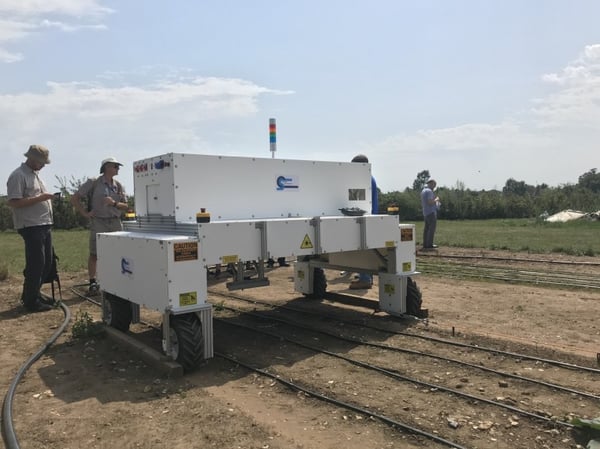 “This is precision agriculture in action. The robot has significantly reduced use of herbicides, while practically eliminating any harm to non-target organisms,” said AHDB crop protection senior scientist Joe Martin.

1.  NASA’s Mars InSight lander has a problem: its heat flow probe (also known as 'the mole'), is stuck and unable to successfully dig beneath the Martian surface. In video released Thursday, InSight team engineer Ashitey Trebbi-Ollennu, explains how the team plans to use InSight's robotic arm to get the mole digging again.

2.  Wageningen University & Plant Research released new video this week showing off some its work on robot (and cobot) systems for the agricultural and food sectors.

3.   CBS Boston reported on the Westford-Acton-Boxboro Knights Pop Warner Football program where young American football players train with robots.  It's all part of an effort to reduce the risk of conscussion.

4.  LEONARDO is back.  And Caltech's dainty-looking, flying/walking bipedal robot with "drone-like propellers and legged joints" showed off some of its skills in video released this week by the Center for Autonomous Systems and Technologies.

5.  Researchers based at TWI’s Advanced Non-destructive Testing Centre in Port Talbot, South Wales are developing new automated inspection systems, including an ultrasound-based inspection bot with 3D visualization and repeatability of up to 0.1mm (0.0039 in.).