Six cities. Numerous cobots and EOATs. Dozens of cobot projects. It's the Cobot Automation Tour (UK) 2019 as Universal Robots and UR+ partners, including Robotiq, invite manufacturers to explore the latest and greatest cobot technologies.  (And it isn't over yet...) 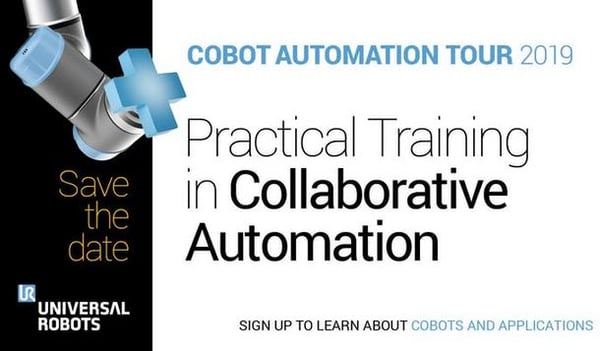 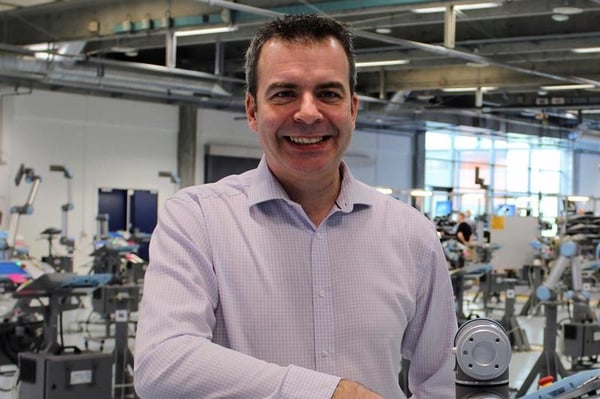 UR's Mark Gray advises SMEs to get hands-on experience with cobots to discover just how easy they are to operate.  / Machinery News

“UK manufacturers have few opportunities to explore new technologies. So, we decided that we would take the technology to them. We picked 6 different cities, took over a hotel for the day and, over the course of 7 hours, we invite companies to come and visit to learn more about the technology and how companies like Robotiq fit into the UR+ network,”says Gray.

At trade shows visitors usually have limited time for exploring new technologies. The Cobot Automation Tour instead provides an opportunity to test cobots at length and with specific applications in mind.

“People are so rushed at exhibitions, you only get a few minutes to look at a technology. The format of the roadshow is that we can spend a good 45 minutes explaining how flexible human-robot collaboration can help their business,” says Gray. “It's a 'one stop shop' where people can learn about a lot of things in a very short period of time.” 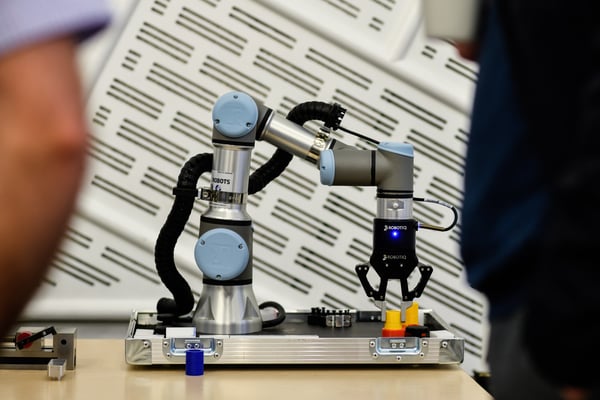 One of the most pleasing aspects of the tour has been helping companies with specific application requests, says Vincent Vandomme, Channel Sales Manager - Northern Europe at Robotiq, who participated in five of the six UK tour events, delivering a presentation on Lean Robotics (Robotiq's application-focused methodology for safe and rapid cobot cell deployment) and showcasing Robotiq's Sanding Kit at each. 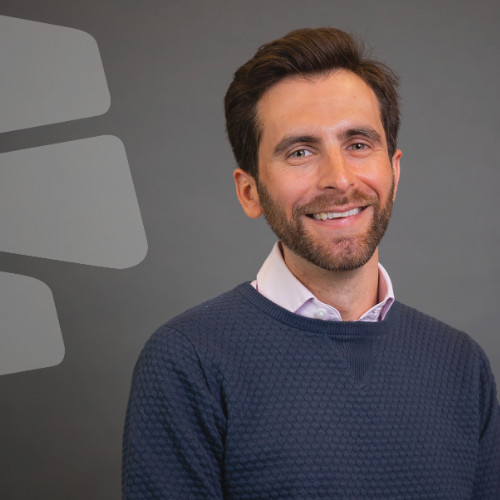 “Many people came to the roadshow with parts in hand or pictures of their processes to find out whether cobots could perform particular tasks for them. This was very interesting for us because we could go beyond marketing speak and engage with people on real stuff,” says Vandomme.

At one event, Vandomme was able to demonstrate to representatives of a furniture company how a combination of camera, gripper and UR cobot could be used to easily create a cobot cell that can locate wooden parts and lift them into place for sanding.

“This is how you convince people,” says Vandomme. “By showing them what the cobot does. You can't do that using PowerPoint slides. You have to let people play with the robot. This is the easiest way to demonstrate to them the simplicity and effectiveness of the technology.”

The UK is currently the ninth largest manufacturing nation in the world, according to figures compiled by The Manufacturer. The country's manufacturing sector employs 2.7 million people, is valued at around 10% of GDP and represents 69% of Britain's business research and development investment.

But the sector faces challenges; some unique to the UK and some that will be familiar to manufacturers around the world. 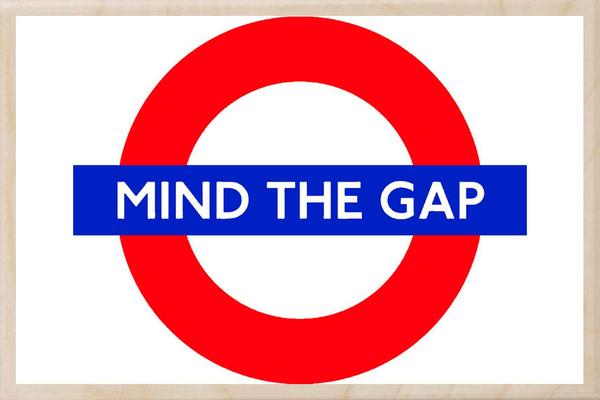 The UK's labour gap is driving the adoption of automation. / The Wooden Postcard Company

Another concern is declining general investment growth. And while the UK has “an industrial strategy of sorts,” robotics is not mentioned as a key area in and of itself.

Further, the UK government has allocated around STG20billion to its industrial strategy “over a decade or so,” which is very low compared to other countries, says Whitton, noting that regional governments in China are investing more money in robotics than the whole of the UK.

UK manufacturers tend not to have the same level of experience with industrial automation as their counterparts in Germany, South Korea and the United States, says Whitton.  However, experience isn't really necessary to operate a cobot successfully.

"Since cobots are generally being developed by new companies, they often have superior and more up to date interfaces for human-machine interaction.  That's important because it means you don't actually need coding or programming experience to make these robots work. As long as the end-user has some basic IT proficiency they can generally get the robot to do something useful,” says Whitton.

"Some of the most important benefits of cobots have little to do with human-robot collaboration", adds Whitton:  “It is much more to do with cost efficiency and return on investment. You don't have to buy lots of fencing equipment or external infrastructure in order to operate them. They are also much lighter and generally much more flexible than traditional industrial robots.  So, basically, it's not so much the collaboration that's key but their flexibility, return on investment and ease of use."

Originally scheduled to end with last week's event in Southampton, reaction to The Cobot Automation Tour in the UK has been so positive that Universal Robots has plans to roll it out to six more UK cities, beginning with Sunderland in September, says Universal Robots' Mark Gray:

“We're really surprised by the uptake and how popular the technology has been among people that attended.  We've also had a real mix of people and a mix of companies from different parts of the manufacturing sector. So, we plan to rollout these events on an ongoing basis."

Robotiq's Vandomme, who will be at the Sunderland event, encourages people to bring questions, parts and project ideas along and   adds that a big part of the tour experience for visitors is the opportunity to get a realistic view of what cobots can and can't do:

"In just a few minutes, people can see that cobots are not intimidating like traditional industrial robots.  They see that cobots are safer and cheaper and can be operated by people with no coding experience.  They also see the limits of cobots, so they come away with a good understanding of how cobots could help their business."

Not in the UK?  Universal Robots and UR+ partners are hosting numerous events where you can experience cobots first-hand. Stay tuned to Universal Robots' eventbrite page to discover events from Norway to Arizona.