How can you use analytics to build new projects? In many ways! This case study example shows you how.

The problem is that you can't build a project by guesswork alone. You need data at every single stage of the process.

How do you collect that data?

By using the right software. Insights is our cloud-based collaborative robot monitoring software. It allows you to monitor and analyze your robot's performance both in real-time and using historical data. It provides you with a reliable method to collect a lot of the data will need to build your new project.

In this article, I'll show how you can use Insights data throughout the entire process of building a new automation project.

Where does Insights fit into robot deployment?

Insights can be used at every stage of robot deployment! New automation projects use data throughout the three phases:

Some people only consider the Integrate phase when they think of building a new automation project. However, as will see in the following case study, Insights data can be invaluable in the other two phases as well.

Let's take a couple of examples from our Case Study Library to show how Insights can be applied at every stage of a robot deployment.

Continental Automotive Spain is always looking for ways to innovate their production processes. In this case study, they were looking for ways to incorporate Industry 4.0 and to improve productivity. Their first collaborative robot project was to incorporate two UR10 robots into their PCB production process for quality testing and machine tending tasks.

Engineer Victor Cantón was chosen to lead the new project, a role which he accepted despite not having any experience using robots. With his solution, they were able to move workers away from non-value-added tasks and reduce the changeover time by 50%, allowing them to convert the line from one product model to another in only 20 minutes.

Here's how the team could have used Insights data during the Design and Integrate phases of the deployment. 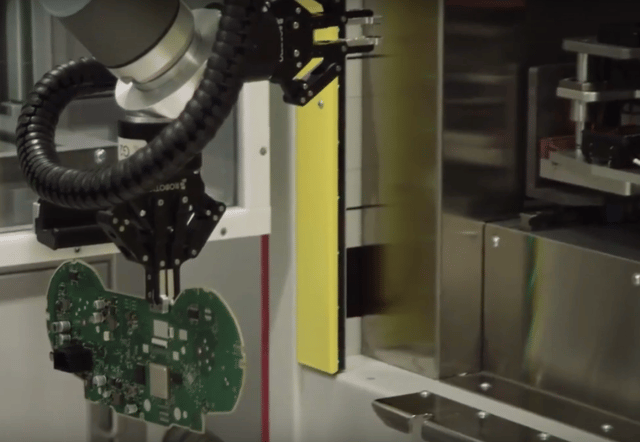 How to use data in the design phase

Data during the Design phase is most useful for exploration and validation. At the time that the project was proposed, the company had already acquired a UR10 robot. This meant that Victor was able to run tests before the application was integrated into the line.

Insights can be very helpful during such exploratory tests. Victor could have run Insights on the test robot and used the real-time visual feedback to validate his design ideas and collect data to gradually improve the design of the robot cell.

Since Continental's first project, they have added eight more cobots to their line. For these subsequent projects, they could also have used the data they had collected from the first application to inform their choices about new projects.

How to use data in the integrate phase

Insights is very helpful during the Integrate phase. Participants of our RUC 24 Hour Challenge back in September — in which eight teams integrated a robotic production line in just one day — used Insights to monitor and tweak their robot application as it was developed. Insights data used at this stage can help you to quickly identify problems in the robot programming and see where the robot is wasting time.

Continental could have used Insights during this early stage of deployment to closely monitor the robot's operation and iron out any teething problems with the design. Also, one of the biggest challenges during integration occurs when robots are not communicating properly. Insights can help to overcome this challenge, as we discussed in the article How to Ensure Your Cells Are Talking to Each Other.

WALT Machine Inc's president, Tommy Caughey, first saw Universal Robots about 4 to 6 years ago and was very impressed. However, it wasn't until 2016 that he decided to make the jump and buy one for his business. What was it that convinced him? The Robotiq Plug + Play Wrist Camera that we brought out that year!

The robot allowed him to go away for 4-6 hours and leave the robot running, unattended, overnight. Most of the time, the robot easily achieved this and there were no break-downs. However, he was always a little bit worried that the robot make down.

That was, until Insights came along! 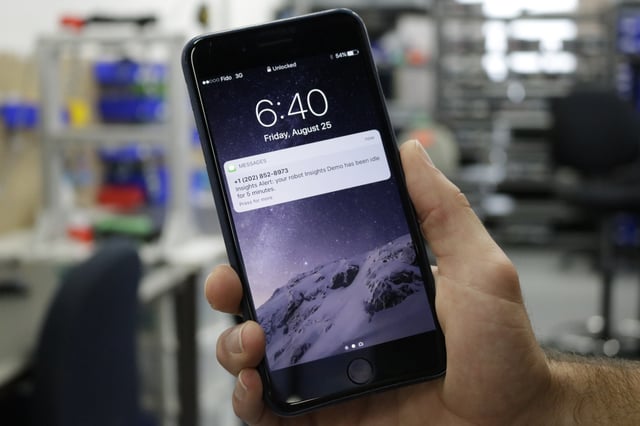 How to use notifications in the operate phase

The Operate phase is when Insight's instant SMS and email notifications become a real help. When we released the software, Tommy Caughey added Insights to his robot. He now receives updates from the robot, sent straight to his mobile phone, when he's at his desk.

His team no longer have to manually count the number of parts made during the night shift, which frees up time to learn new skills and develop new robot applications using the data from Insights.

How to use data in the operate phase

The Operate phase is where you collect the largest amount of data, which can be useful in several ways. Three of these are:

Try Insights for your new project

You can try out Insights for yourself within a matter of minutes by going to the Insights Demo at insights.robotiq.com.

Also, if you are considering a new automation project, Blueprints is a great way to get started as it will help you to clarify the application before you begin designing the robot cell. 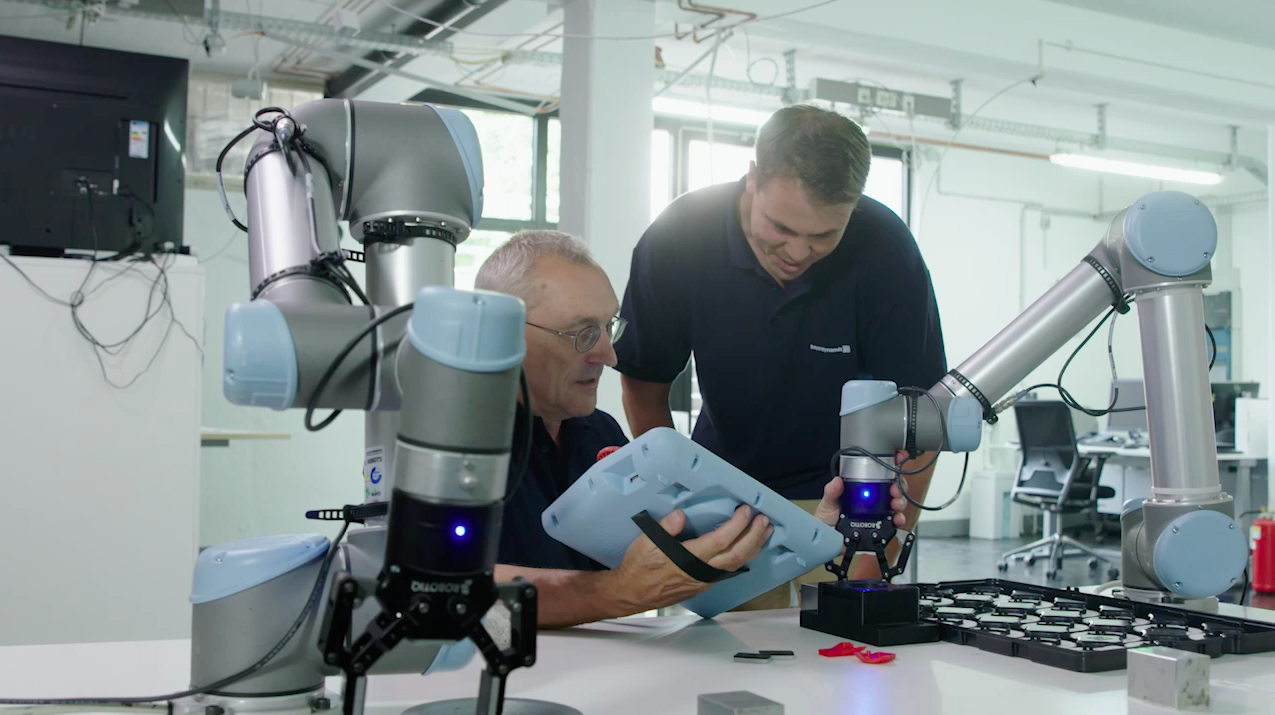 There are some problems that software just can't solve. Insights can help to improve any collaborative robot application, you...

By Romy A Letourneau - September 23, 2019
END_OF_DOCUMENT_TOKEN_TO_BE_REPLACED 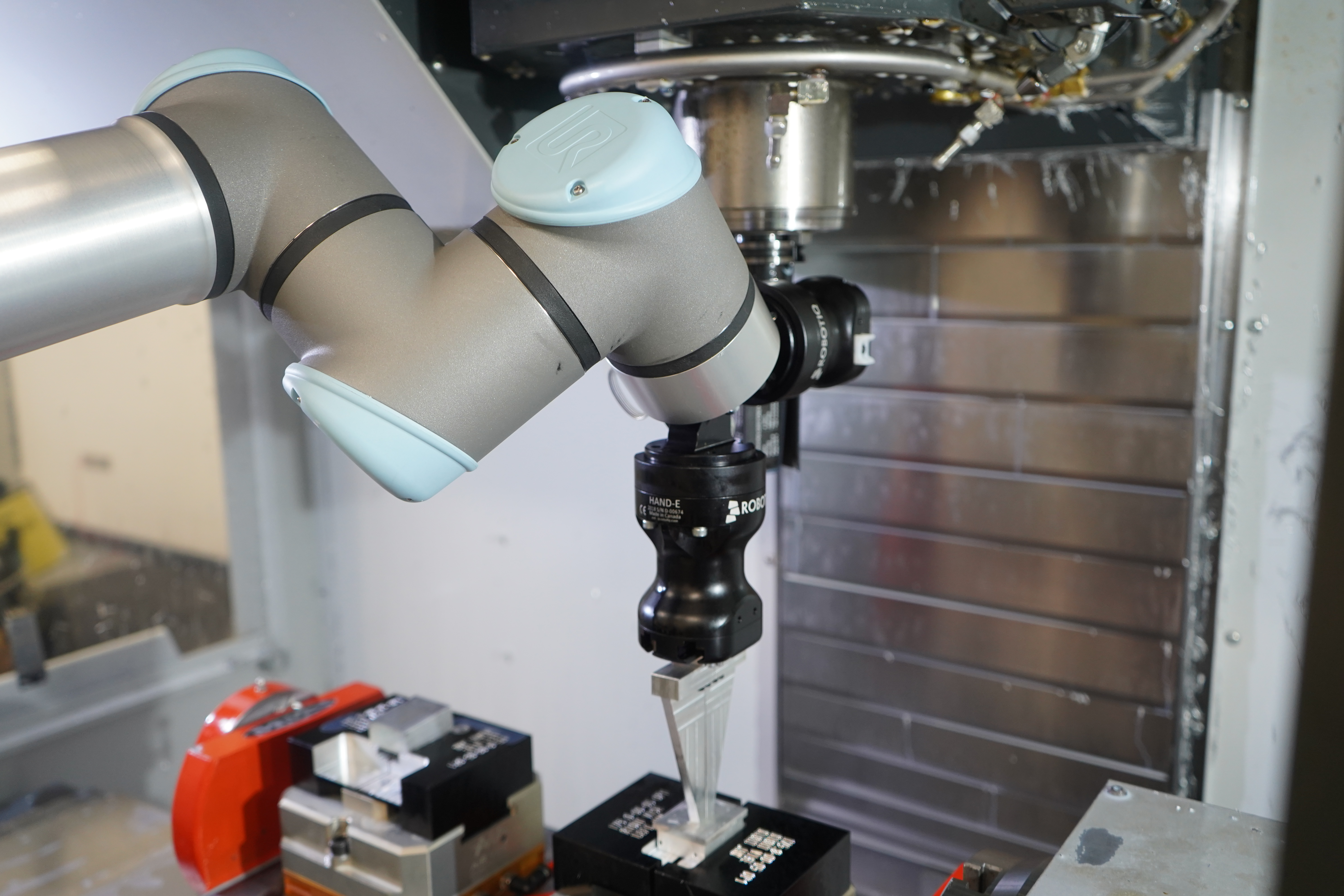 By David Maltais - May 9, 2019
END_OF_DOCUMENT_TOKEN_TO_BE_REPLACED