If there’s one place we need robots, it’s outer space. Aside from Mars rovers and self-driving  space shuttles, NASA has something else in mind - a mining robot. This week university teams from all over the United States will congregate in Orsino, Florida for the 7th annual Robotic Mining Challenge, in which another year of competition will give NASA yet more ideas on how to make this challenge a reality. While there are decades to go before Asimov’s imagined extraterrestrial mining colonies exist, 2016 brings us one step closer to harvesting raw materials from outer space.

About This Year’s Robotic Mining Challenge

University robotics teams have been preparing for this weeklong competition for the entire school year. They will finally enter the arena to show off everything from their engineering knowledge to their social media skills. Competing for the Grand Prize, the Joe Cosmo Award for Excellence, teams will be judged based not only on the points they earn in their excavation and collection of raw materials in a simulated Mars environment, but also on five separate events, which are:

Three thousand students will soon embark on furthering space exploration for the leading program in the world in what is one of the most prestigious robotics competitions. The goal of the challenge is to find new ways to excavate consumable materials such as oxygen, water, nitrogen and helium, which can be used to sustain human life be it on earth or elsewhere. This process of capturing resources from off-world mining sites is called in-situ resource utilization (ISRU). The ideal robots would also be useful to mine materials for in-situ fabrication, and technology repairs which would be used to sustain space missions.

The Robotic Mining Competition is essentially a crowdsourcing idea bank for NASA whose expenses for sustaining human life in space are astronomical and only growing with technology advancements. Missions solely to restore resources to the space stations are costly, and alternative methods of replenishing essential supplies is their main goal in putting on this annual competition. Travel times into different points in space can last weeks and months, making ISRU crucial to longer exploratory missions.

Mars is NASA’s prime candidate for a mining site, which is why the competition will simulate the Martian chaotic terrain and involve the extraction of the basaltic regolith that makes up its surface. Known as Black Point-1, the rock and the gravel (which is a water ice simulant) are the only resources to be extracted during the competition. Given the numerous challenges for the teams to consider, this is no small stepping stone for NASA. While the materials will be mere simulations of the actual foreign substances that exist on and under the surface of mars, there are many limitations for each team to consider in building their technology. Each autonomous mining robot will have to be built to handle unforeseen size and weight limitations, which might potentially require expanding parts, or deconstruction tools. There have to be complete and comprehensive tele-operation systems on board so that the teams can operate their robots from the Mission Control Center, and do it efficiently. Teams must also build their robots to withstand a foreign and potentially harsh environment with designs that protect against environmental factors such as dust and wind. Furthermore, how will these remote miners get and maintain energy and communications on Mars?  This is no small feat for a teams of university students still being trained in engineering. Yet as a whole they are contributing to NASA’s mission to find alternative and additional resources to those that exist here on earth.


The Ultimate Goals for the Robotic Mining Competition

While NASA is outsourcing their research and development to these unversity teams, depending on new ideas and innovation, they are also providing an often unmatched educational experience. The Robotic Mining Competition is an opportunity for professional development for thousands of students each year, holding to the highest standards for both conduct and integrity. Students will be challenged and sharpened in this competitive environment in which they are getting experience in everything from physics to public speaking. Being judged in accordance with the Accreditation Board for Engineering and Technology (ABET) standards for applied science, computing and engineering, the Robotic Mining Challenge is first and foremost a unique educational experience out which will arise innovation and scientific advancement for NASA.


Judging by last year’s epic performances, this year’s Robotic Mining Challenge will be as exciting as ever! Stay tuned to the potential space dramas through the NASA Robotic Mining Twitter feed, and looking out for the latest videos of this year’s top competitors showcasing new and improved space mining methods. 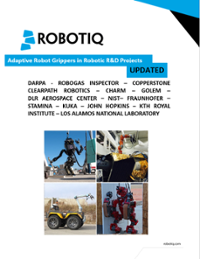