Korea's Hanwha Group plans to focus on its cobot and solar cell businesses to "meet the challenges of the Fourth Industrial Revolution," according to a report in Business Korea: 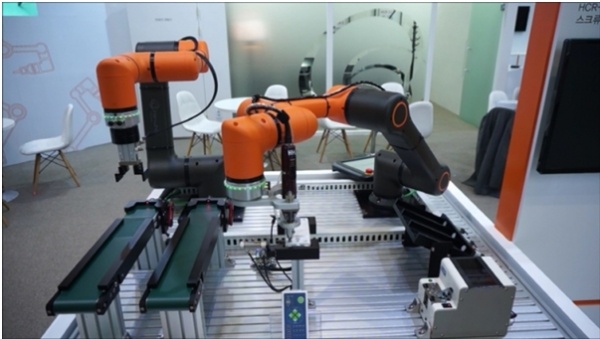 Hanwha Robotics is looking for opportunities in overseas markets rather than in domestic markets. In fact, various industrial robots are already active in domestic manufacturing factories. Not many countries have as advanced factory automation as Korea does. “However, if we turn our eyes to overseas, there are regions such as Europe, the US, and Southeast Asia that are pushing for factory digitization and smart factories." Jang [Woo-seok, executive director of Hanwha Techwin] said.

Researchers from The Institute for Intelligent Systems and Robotics, University Pierre et Marie Curie, Paris, France performed an ergonomic assessment of cobots with some help from a digital human model...

The German mechanical engineering association (VDMA) expects sales of robotics and automation equipment to reach EUR15.8 billion euros (USD18.5 billion) in 2018 --a slowdown from last year's record 13 per cent growth, which was driven by Chinese demand.

The VDMA said last year's record demand had increased delivery times which would have a positive impact on 2018 sales. Germany exported 60 percent of its robotics and automation equipment last year.

Exports to China [...] soared by around 60 percent, propelled by big investment in its electronics industry and automation. Demand was also dynamic in the United States, while growth in Europe remained moderate, the VDMA said.

Mouser Electronics, Inc. announces the release of a new e-book about collaborative robotics.

Chip maker Nvidia showed off its Isaac platform, which is designed to "bring greater artificial intelligence to robots in a wide range of industries and which is only the latest step by the company to make its GPUs the central computing technology for machine learning and other modern workloads," eweek reported.

Andros Robotics showcased its MCA (Mobile Collaborative Arm), which is aimed at that portion of the warehouse automation industry  that's looking for "long-reach, light-weight arms to mount onto mobile bases for mobile manipulation to completely automate product retrieval and e-commerce order fulfillment"...

"Not enough land, not enough water, too few farmers, and [US]$470 billion in annual food spoilage," adds up to an Asian food sector in desperate need of smart automation solutions, says Asian Robotics Review.

Be sure to check out the Robotiq Resource Center to learn more about cobot safety.

Mark P. Mills, a McCormick School of Engineering Faculty Fellow at Northwestern University and a senior fellow at the Manhattan Institute, offered a pretty compelling argument that robots will "come to the rescue"  of manufacturing and manufacturing jobs.

Techman's TM5 cobot was spotted doing a bit of welding...

DesignNews explained that "as smart manufacturing tools become more intelligent and easier to use, they’re becoming affordable for small manufacturers."

As part of the VISE Project, Rashid Yasin, a graduate student at Vanderbilt University's ARMA Lab, is working on a collaborative project to enhance surgical robotic capabilities ...

To "robot proof" their jobs, workers should keep learning, focus on their strengths, and learn how to work with robots, according to MIT Technology Review.

Watch out grumpy cat. 'Bad Dog' is in town.

Designed to cure loneliness among Chinese men, Bad Dog certainly doesn't look like it's in the mood to play around.

There was some disappointing news for sex robot enthusiasts this week as Kings College London research indicated that the benefits of sex bots are "greatly overstated."  The Guardian has more.

The Missouri University of Science and Technology Multirotor Robot Design Team showcased some of its recent work on an autonomous aerial robot dubbed 'Sentinel.'

ETH Zurich researchers revealed a new propulsion system for swimming robots that "exploits temperature fluctuations in the water for propulsion without the need for an engine, propellant, or power supply." 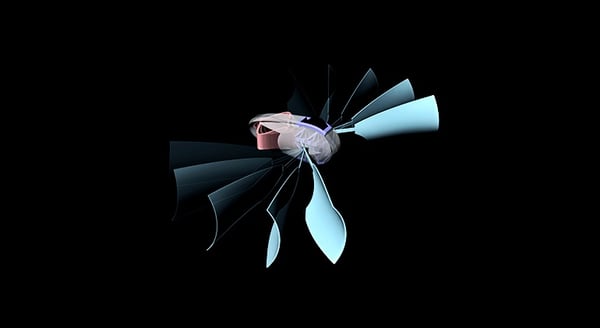 I'll be back next week with more robotics news! Until then...

2.  Johnny Matheny (the first person to live with a mind-controlled robotic arm) is teaching himself piano as part of a research project run through the Johns Hopkins University Applied Physics Lab and funded (in part) by the US Department of Defense.

3.  The Ingenium Group at the University of Castilla-La Mancha, Spain showcased its 'Climber Robot.'

4.  CBC News asked "Will your doctor be replaced by a robot?"