RUC Day 1: An Entertaining Demo and We Get Hands On With Cobots

Jean-Philippe Jobin gives an impressively entertaining demo and everyone gets hands-on with the brand new technology. Here's what happened yesterday afternoon at RUC 2018.

Yesterday, the first day of the Robotiq User Conference 2018, certainly started with a bang! In the morning, we had keynotes and discussions from Jeff Burnstein, Eben Ostergaard, Mark Kahwali and our own Samuel Bouchard.

In the afternoon, it was time to get practical! Which, after all, is the most fun aspect of the RUC. Robotiq's Jean-Philippe Jobin gave an introduction to our new products, giving vital information to today's entrants into the technical challenge.

Jean-Philippe started by talking about the very first 3-Finger Gripper which he and Samuel Bouchard created a decade ago. It was operated by hand at the time but had the flexibility that has been a hallmark of Robotiq products. From then, he went on to introduce the recent Robotiq developments. 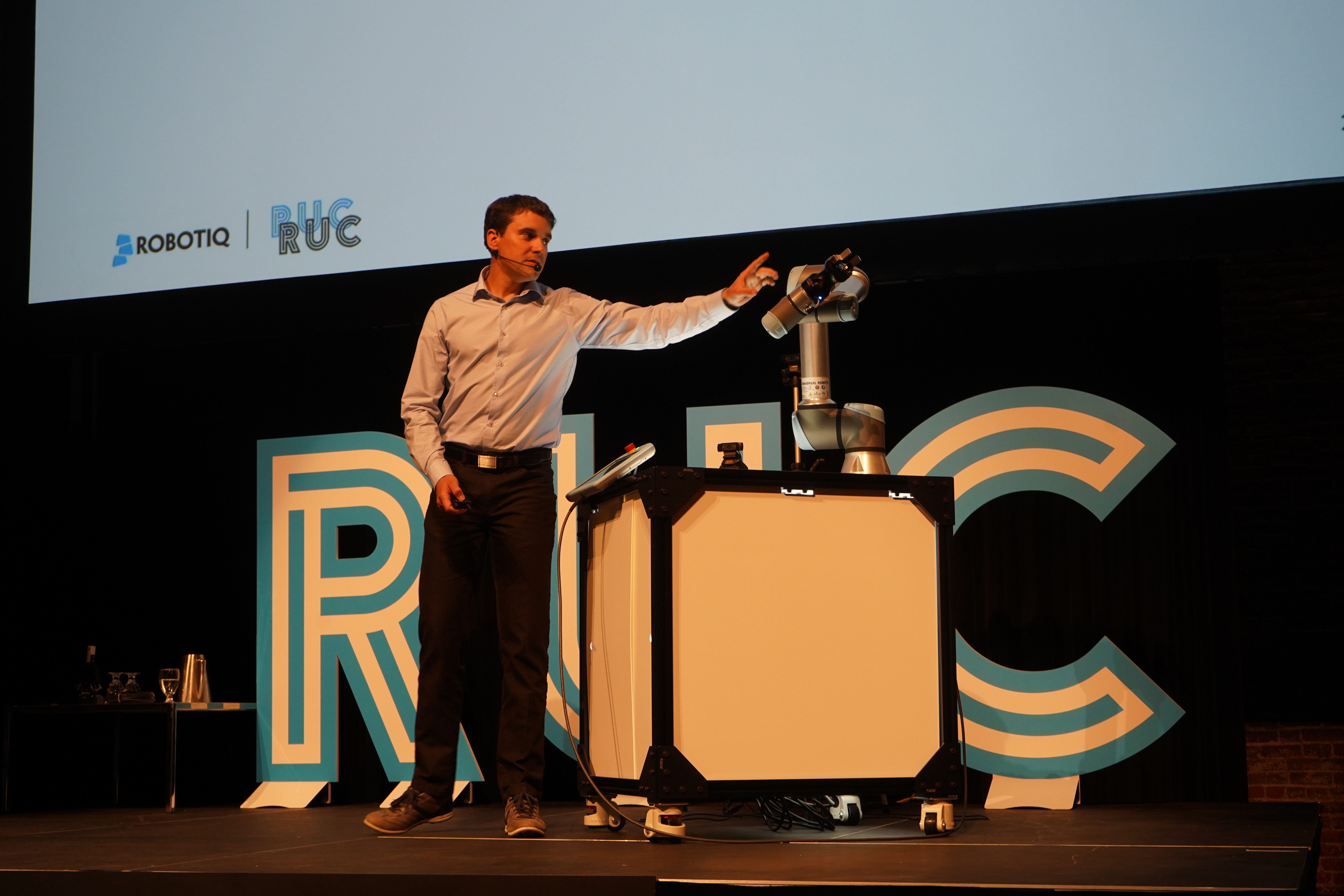 Hand-E: A precision gripper for the new e-Series

Jean-Philippe introduced the audience to our new Hand-E gripper, which we first announced earlier this year at Automatica 2018.

He explained its new easy programming, the gripper's URCap and the part detection function.

You can find out all about Hand-E via this link.

Many members of the audience will be using Hand-E during the technical challenge which starts today. The excitement is certainly rising!

The increased power at the tool connection of the e-Series, which Mark Kahwati talked about in his keynote, means that our grippers can now be attached directly to the end of the e-Series. As Jean-Philippe explained, this is a feature that a lot of people have asked for in the past, but wasn't possible with the previous UR robots. Live from the stage, he demonstrated how to install Hand-E to the e-Series in just seconds.

Wrist Camera: Ease-of-use is the key

Jean-Philippe introduced the audience to the Robotiq Wrist Camera, which the challenge participants will also be using today.

"The wrist camera was launched about two years ago and the goal behind it was really to make sure that anybody could use a vision system with a robot."

He showed an example of an integration that a customer did before the Wrist Camera was available. Without the camera, the customer had to use custom-designed fixtures to locate the parts. It took time to design these fixtures, cost money and gave no value to the customer's operation.

With the Wrist Camera, the need for these costly fixtures was eliminated. This removed some of that waste that Samuel talked about in his keynote.

You can find out all about the Wrist Camera via this link.

He demonstrated to the audience one of the easy to use programming features that we've implemented for the camera, saying:

"That's a single example. This afternoon during the workshop you will see many of those which simplify using the camera."

Another feature which will be vital for the challenge participants this year is the Wrist Camera's multi-object detection. This allows you to detect several objects at once at the beginning of a cycle, which significantly speeds up the cycle time. He told the audience:

"For those of you who want to win the contest this year, you'll have to try to use this."

Jean-Philippe also expanded on Samuel's introduction of our brand new Force Copilot product. It will come included with any FT 300 sensor, or as a one-time purchase for users wanting to use the e-Series integrated force sensor.

He listed some of the functions that are now available with Force Copilot:

He introduced some of the applications that are available with these new functions:

Jean-Philippe showed an example of the challenge from last year's RUC. At the time, the assembly insertion task was quite a struggle. But, with Force Copilot this type of assembly will be much easier. He said:

He finished up with an live demonstration of the new remote access feature of Insights, which Samuel announced earlier.

"In order to show you the power of it the best way will to do a live demo… Usually that's the moment when people say 'oooh, live demo. That's dangerous'. But, you know, we're really confident in our technology."

During the very entertaining demo, Jean-Philippe played the role of an engineer receiving support from a remote expert, our very own superwoman Catherine Leclerc, the product manager of Insights. 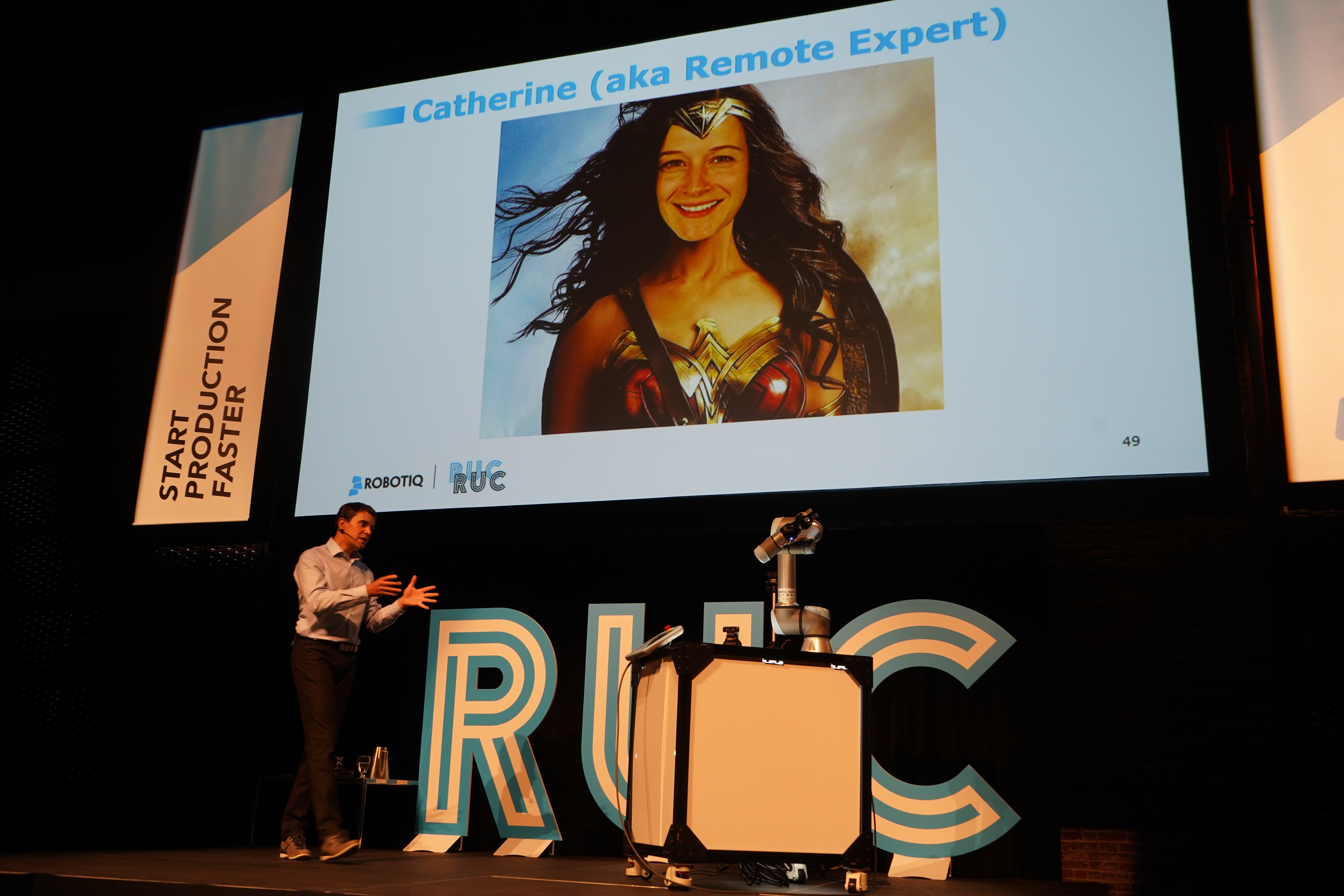 The teams in today's challenge will use also Insights to measure the productivity of their robots. 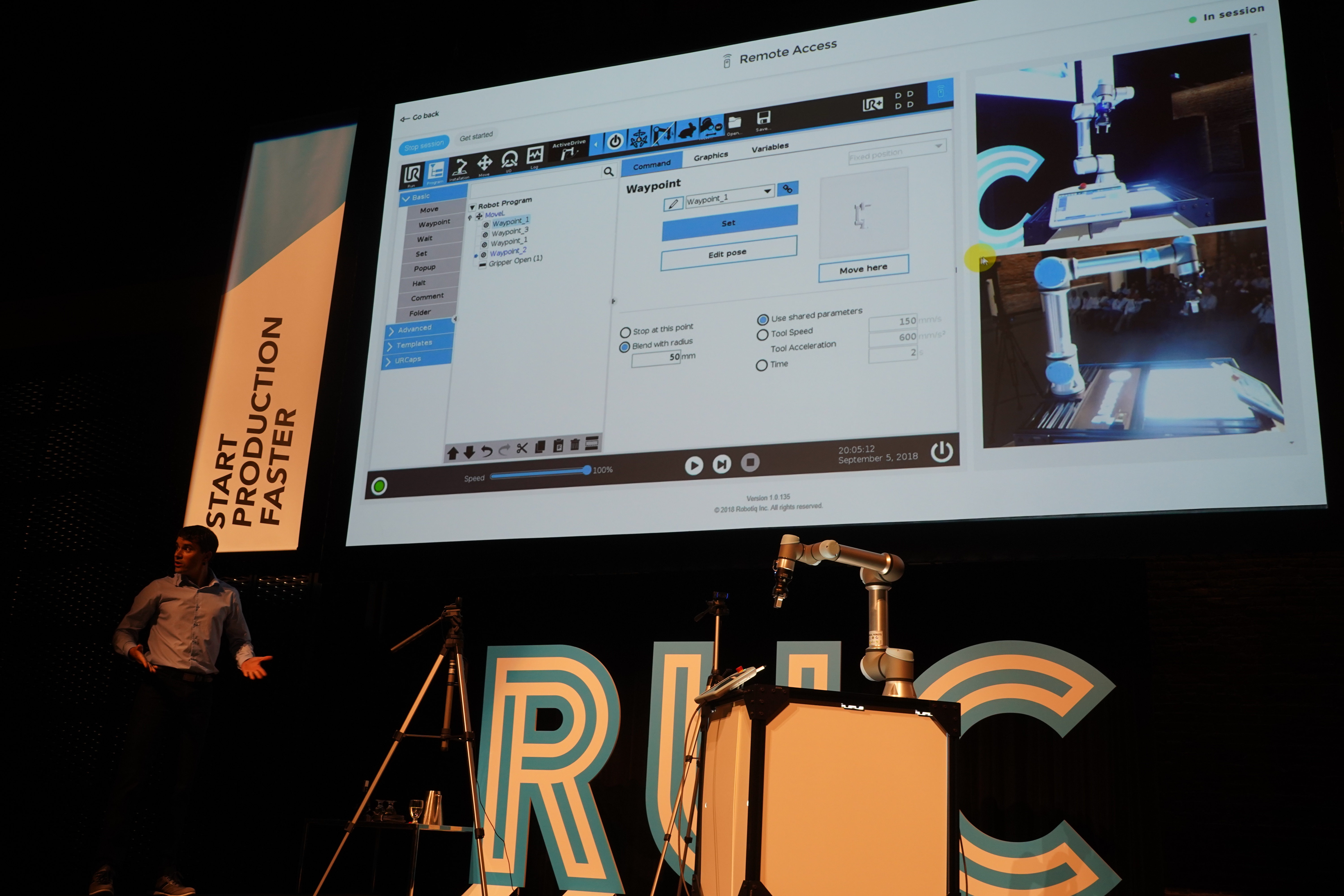 Everyone gets hands-on with the robots in the workshops

"So, who wants to play with that stuff? Cool. The tech workshop starts at 2:30pm.

And who wants to learn how to sell that stuff? Wohoo. The sales workshop starts at 2:30pm and the second starts at 3:30pm."

For the rest of the afternoon, everyone got hands-on with robots and products that they'd been hearing about all morning. 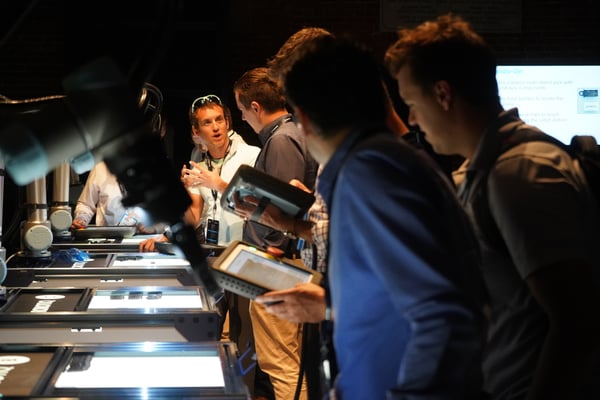 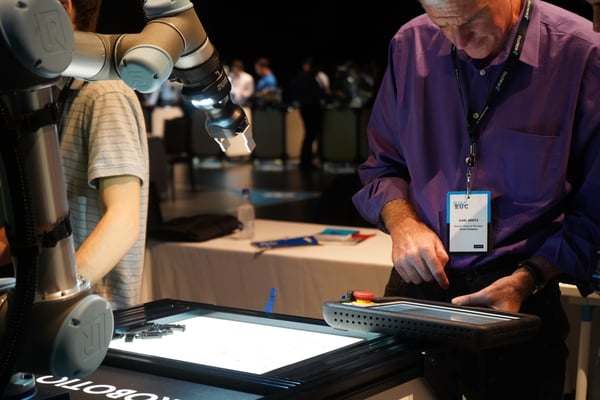 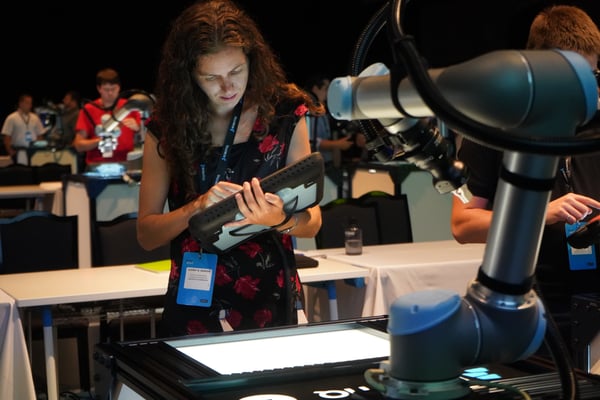