Our technical teams are starting to see why we call it a "challenge", and we hear how the sales challenge went. Here's how day 2 of RUC is going!

Well, here at the Robotiq User Conference the technical challenge is certainly progressing. We've seen a lot of thoughtful expressions as people try to work out how to solve the integration issues of their robots.

Some of the teams have tried to take the quick route, others have been more cautious. But, everybody is learning.

And this is what the whole event is about, really. Hands on experience. As Samuel talked about in his keynote yesterday, the skill of robot integration is still quite rare in the modern world. The power to deploy robots is like gold dust. The more experience that the teams get in overcoming these challenges, the more they will earn their title as "cobot superheroes!"

But, the RUC is not all about the technical challenge. Today, we've also had our sales challenge!

The Sales Challenge: A vital link in the chain

You might have the best robotics solution in the world, but if you can't get customers to buy it then it is not going to do much good, is it?

The sales challenge is where all the sales representatives here at RUC get their chance to shine.

Selling robotic solutions is vital for the success of collaborative robotics. As Eben Ostergaard experienced on his recent world tour, we really need to be getting out there and promoting our robotic solutions to businesses.

The sales challenge was held between 11am and 3pm today.

It was closely linked to the technical challenge because each sales team was pitching the cobot solution designed by their associated technical team.

This morning, two members from each team (1 sales person and 1 technical person) went to visit the factory of fictional company PromoStuff Inc, which we introduced in the earlier post today. They then went back to their teams and the technical team created the designs for their robotic solutions. Some teams chose 5 robot solutions whilst others chose 6 robot solutions.

The sales team then went to create their pitch which they presented this afternoon to a panel of judges.

Pitching a design which is not yet running

An added challenge for the 10 sales teams was the fact that, at the time they came up with their pitches, the technical teams were still ironing out the specifics of their robotic solutions. In fact, the solutions are still being ironed out now! However, this is quite a realistic situation.

You don't always have the luxury of having a mock-up of a working cell to help you pitch your solution to clients. Instead, the teams had to use their skill with words to convince the judges that their team's design was the best one. 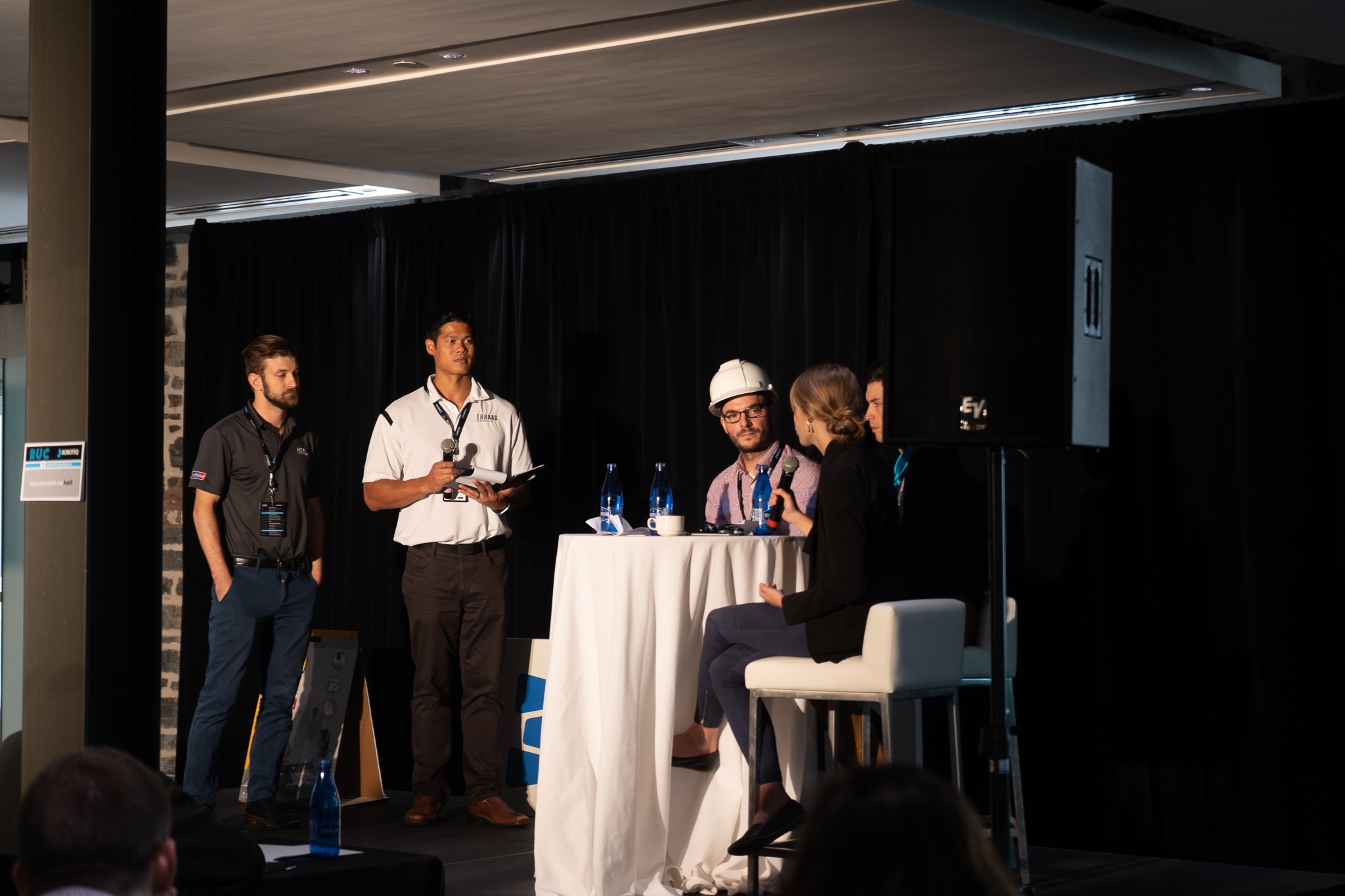 The ten teams created their pitches during the morning and then presented them to the judges this afternoon.

It was great to see the different pitches, as well as hearing the constructive feedback they received from the judges, who were a mix of Robotiq channel sales managers, and managers and sales leaders from our partners.

We won't know who won the challenge yet!

The winners will be announced tomorrow morning during the closing ceremony.

The sales challenge may be over, but the technical challenge is still underway... and it will be for hours!

Each team is taking slightly different approaches to solving the challenges presented by the task.

We spoke to Runar Myhren from Team 5, technical manager from APS Robotics AS, about his team's experience so far.

At the time, he was working on the assembly of the pen (if you don't know what that means, read the intro post from earlier!). 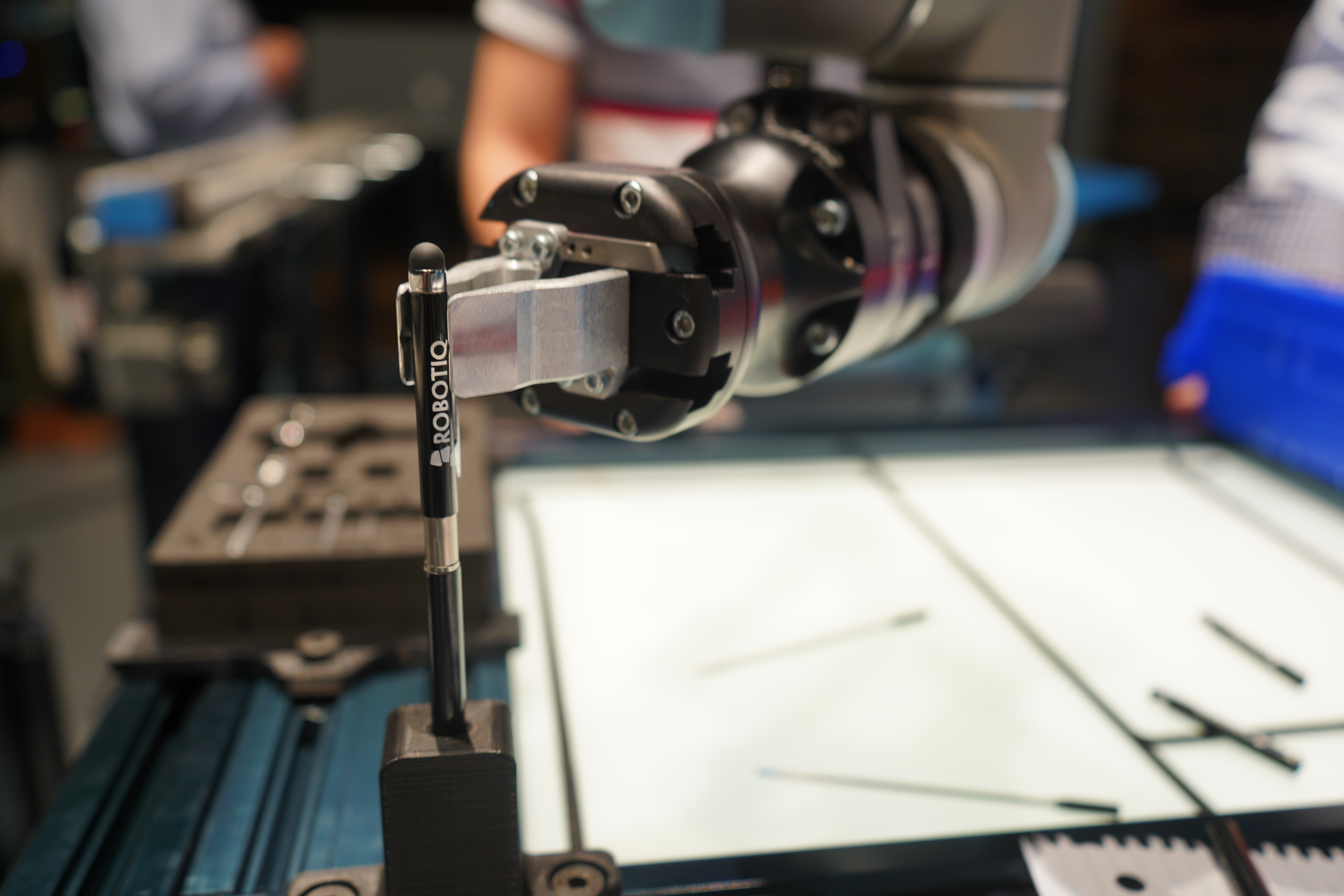 The challenge so far, he told us, was understanding all the robot's functionalities and the different parameters that each one required.

"For instance, with the camera we have to decide if we should use the multi-pick or whether to use the single pick.

The Force-Torque is okay. As long as you have a very skilled person to program it then that's okay. That's the most important part, I believe. That you have people with experience."

Team 1: The experienced team has another approach

We also spoke to Ryan Weaver of Team 1, the Manager of Robotics at Axis New England. 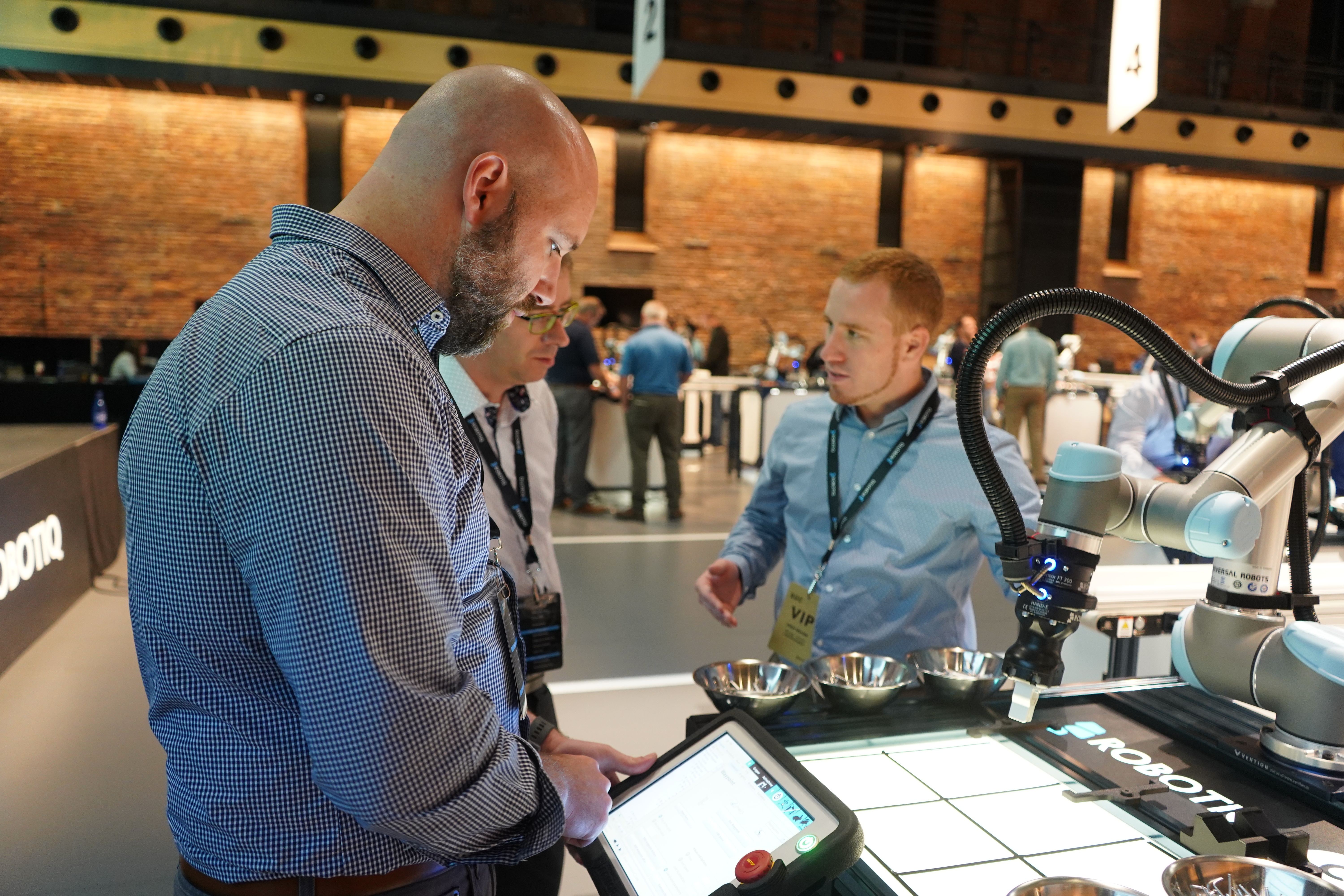 He explained that his team had a slightly different approach to allocating roles:

"We did have some strategy to that, but nobody had very application-specific experience and said 'yeah we'll do the palletizing because I've done 20 applications with that.'"

Instead, the team have tried to partner up more advanced robot programmers with novices who have less programming experience.

Ryan was at also at last year's RUC. We wondered how he thought the challenge compared to last year's.

"I knew right away that it was going to be harder than last year. Last year we were all working together to assemble a singular part, whereas this year every single kit component is a discrete task in itself. Some are assembly, some are bin picking, there's palletizing, dealing with boxes.

It's more representative of a diverse number of different applications. However, that means that each challenge is unique unto itself. The whole event is a bigger scale but I think the scale of the challenge this year is larger than last year."

Will they complete before 9am?

With his previous experience at RUC, Ryan was a bit more conservative in his predictions than some of the other teams about where they will be at 9am tomorrow when the challenge ends.

He gave some good advice to the newer members of his team:

"I told to the guys that hadn't been here last year, I said 'Let's just get one part made. Let's not be fancy about all the optimization and the specifics.'

It goes back to the concept of Lean Robotics. Let's just Start Production Fast. Let's just get something made, and then we'll know what to troubleshoot and optimize. Because, by the time 10 o'clock, or 12 or 2am rolls around, you just want to get a part made. You don't care about how fancy it looks.