How Robots Will Create Higher-Paying Jobs for Humans

Robots are moving into manufacturing at an accelerated rate. This is either exciting or terrifying, depending on who you ask. But although these new robotic workers will take over some jobs, that doesn't mean they will eliminate jobs for humans.

The truth is actually the opposite. Robots are poised to help create jobs for humans. In fact, these jobs will be more rewarding and offer better pay, resulting in a better future for everyone. 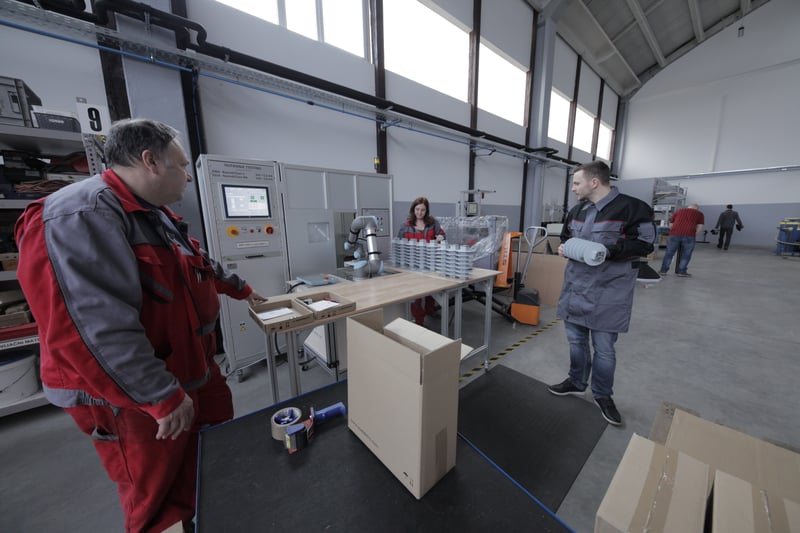 Adding robots to the factory floor creates a better future for everyone.

How can robots create jobs?

According to A3 Solutions, which compiled data from the US Bureau of Labor Statistics, "US companies added 136,748 robots to factory floors over the past seven years, while creating 894,000 new manufacturing jobs." This is a shocking statistic that illustrates just how beneficial robots can be for humans.

Each robot requires someone to operate, maintain, and program it. This allows several new jobs to be created for each robot added to the floor. While these jobs may seem very different from traditional blue-collar work, companies can cross-train their current workers and grow their skills over time.

Programming skills aren't exclusive to workers in Silicon Valley (a stereotype that will be broken down in the coming years). The most important factor here is the ability for robots to create jobs simply by freeing up our time.

Repetitive tasks don't make for great careers: they're the source of boredom and countless injuries. When robots take over these tasks, they open up more meaningful (and higher-paying) opportunities for us.

The other thing robots offer is an investment opportunity. Robots bring greater efficiency and higher profits. As companies invest in major leaps forward, these leaps result in new jobs.

When manufacturers produce more, more jobs become available. Job growth is fueled by production, and this production is only possible with technological advances like robots on the factory floor.

Instead of being afraid of automation, we should understand how jobs will improve in both pay and quality when robots are handling the things we don't want to do.

The history of manufacturing shows we are slowly decreasing the amount of time we spend on repetitive tasks. According to Vanguard calculations, humans in the developed world were spending 80% of their time on repetitive tasks in the 1940s, whereas today we spend 50% of our time on advanced tasks like problem solving and creative thinking.

Automation empowers us to automate repetitive tasks, thus creating opportunities for humans to do things robots cannot complete. Ultimately, this allows us to earn more for the skills that are uniquely human.