ABB announced this week that its YuMi collaborative robots are set to be installed in the Texas Medical Center in Houston, where they will be used to support the facility's health-care laboratory services. 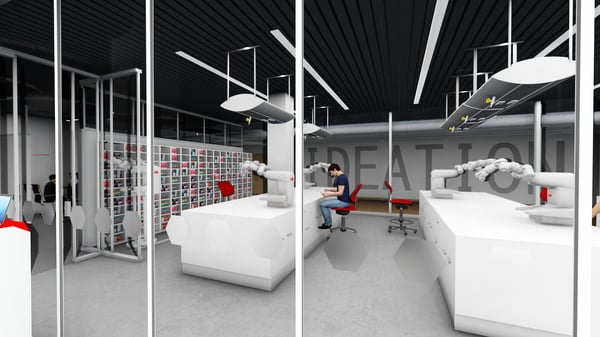 Researchers have demonstrated a prototype system that not only slows cobots down when the operator comes closer, but can also orient the cobot's elbow away from an operator while still performing its job...

"Exponential" growth in robotics adoption in India is being driven by small and medium sized business rather than large companies, Pradeep David, general manager (South Asia) of Universal Robots, told News 18 this week:

"In the past three years, we’ve grown in usage and implementation exponentially. When we first came in, our primary businesses were with the larger companies — for them, they don't really have a choice but use automation in the manufacturing process. But today, I can go as far as saying that industrial automation is growing exponentially in India because SMEs are adopting new tech."

Finnish subcontract machine tooling shop Ket-Met has reduced machine hour costs by more than 40% thanks to the introduction of cobots. Via Robotics & Automation News: 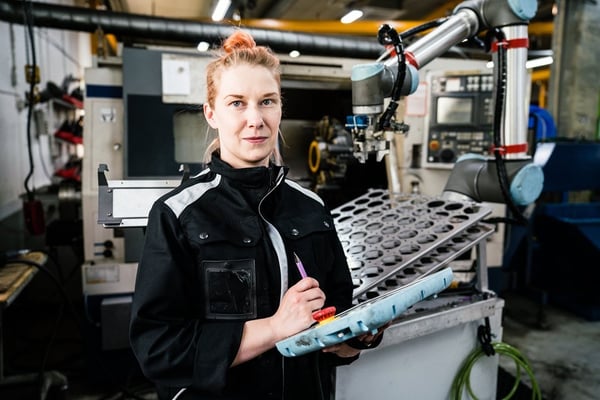 "The cobot moves the workpieces on the lathe or milling machine, waits for their completion, cleans the fasteners and parts with compressed air and transports the finished parts to the washing basket for washing. In addition to servicing machines, cobots are used to assemble parts and grind burrs." 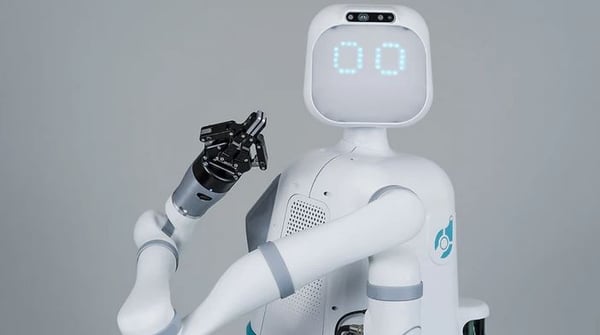 "While Moxi’s job is to take as many mundane tasks as possible off nurses’ plates so that they could spend more time interacting with patients, the Diligent team was surprised to find that patients were fascinated by the robot and wanted to interact with it during their beta trials. Patients ended up being so infatuated with Moxi that they would ask for selfies with the robot; one child even sent Diligent Robotics a letter asking where Moxi lived."

Scientists from the Universidad Carlos III de Madrid (UC3M), Spain have published a paper about their research into interactions between robots and deaf people, in which they were able to programme the humanoid TEO robot to communicate in sign language. 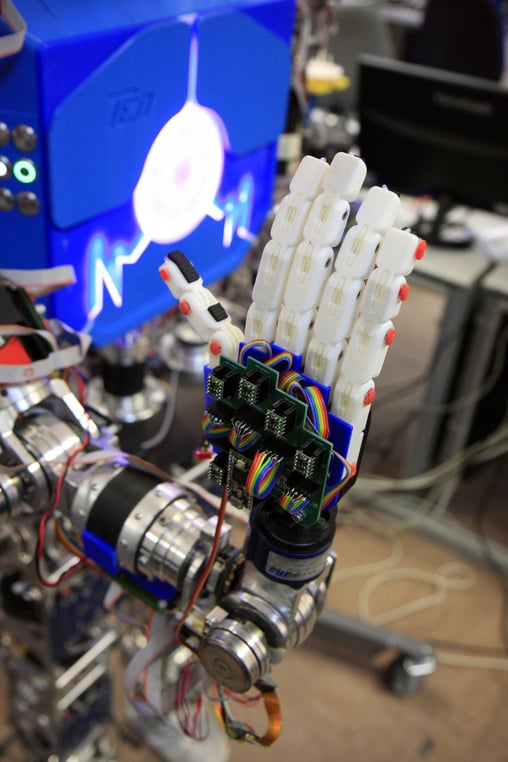 "One of the main new developments of this research is that we united two major areas of Robotics: complex systems (such as robotic hands) and social interaction and communication," explains Juan Víctores, one of the researchers from the Robotics Lab in the Department of Systems Engineering and Automation of the UC3M.

My first thought?  Great research, and imagine, some years down the line, a robotic prosthesis, controlled by brain-computer interface that can sign for you while leaving your arms free to work on other tasks.  Result? Hands-free sign language.

In a fascinating interview published in Quanta this week, Hod Lipson from the Creative Machines Lab at Columbia University, spoke about self-awareness in robots:

“We used to refer to consciousness as ‘the C-word’ in robotics and AI circles, because we’re not allowed to touch that topic,” he said. “It’s too fluffy, nobody knows what it means, and we’re serious people so we’re not going to do that. But as far as I’m concerned, it’s almost one of the big unanswered questions, on par with origin of life and origin of the universe."

1.  Researchers at EPFL have created a swarm of tiny, reconfigurable robots that can communicate with each other, assign roles among themselves and complete complex tasks together.  (H/T Ars Technica.)

2.  Technical University of Munich (TUM) researchers have successfully demonstrated a completely automated plane landing system that works without the need for ground-based technologies. (TUM has the details.)

4.  Speaking of space bots, a team of students at from ETH Zurich and ZHAW Zurich released video of their bouncy SpaceBok robot this week.  The bot, which uses a reaction wheel to control its orientation, was developed to "investigate the potential of ‘dynamic walking’ and jumping to get around in low gravity environments." (H/T European Space Agency)