What an action-packed two days we've had!

We've learned some French and heard some inspiring stories. We've experienced a dangerous product demo. We've programmed cobots in a silent disco, and we've had some impressive online chat.

The attendees here at RUC 2019 have been working harder than they've probably ever worked in a two-day conference (not to mention those of us in the Robotiq team!).

Right now, we've wrapped up the official activities here. It's now time for us to enjoy the games night! 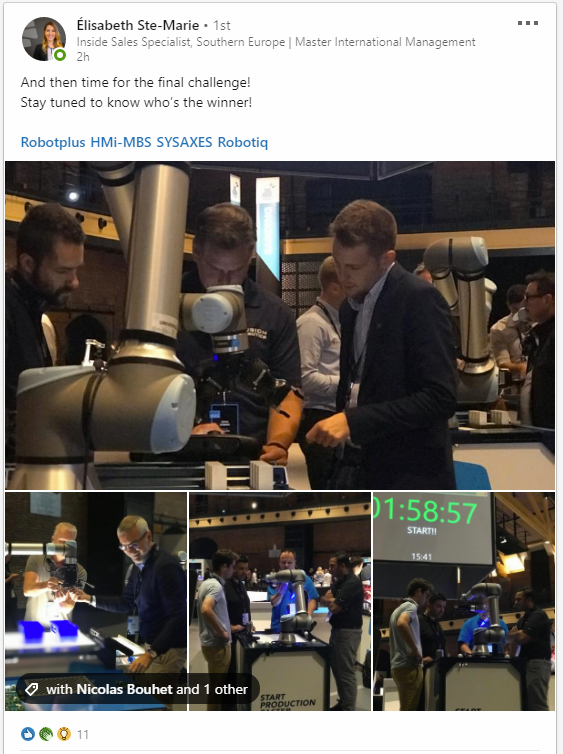 Together, these attendees have enough cobot knowledge and skills to take on the world!

But, can they master our Automation Challenge?

This year's challenge is a fun one. Here's how it works:

Easy, you might think, given that the tech participants have spent two days learning how to program these applications…

But, there's a catch…

The tech participants are not allowed to program the cobots!

It's completely hands-off for them.

Only the sales participants and end-users can program the cobots (that's the people with the light blue surrounding their name on their badges). The tech participants can only act as mentors. 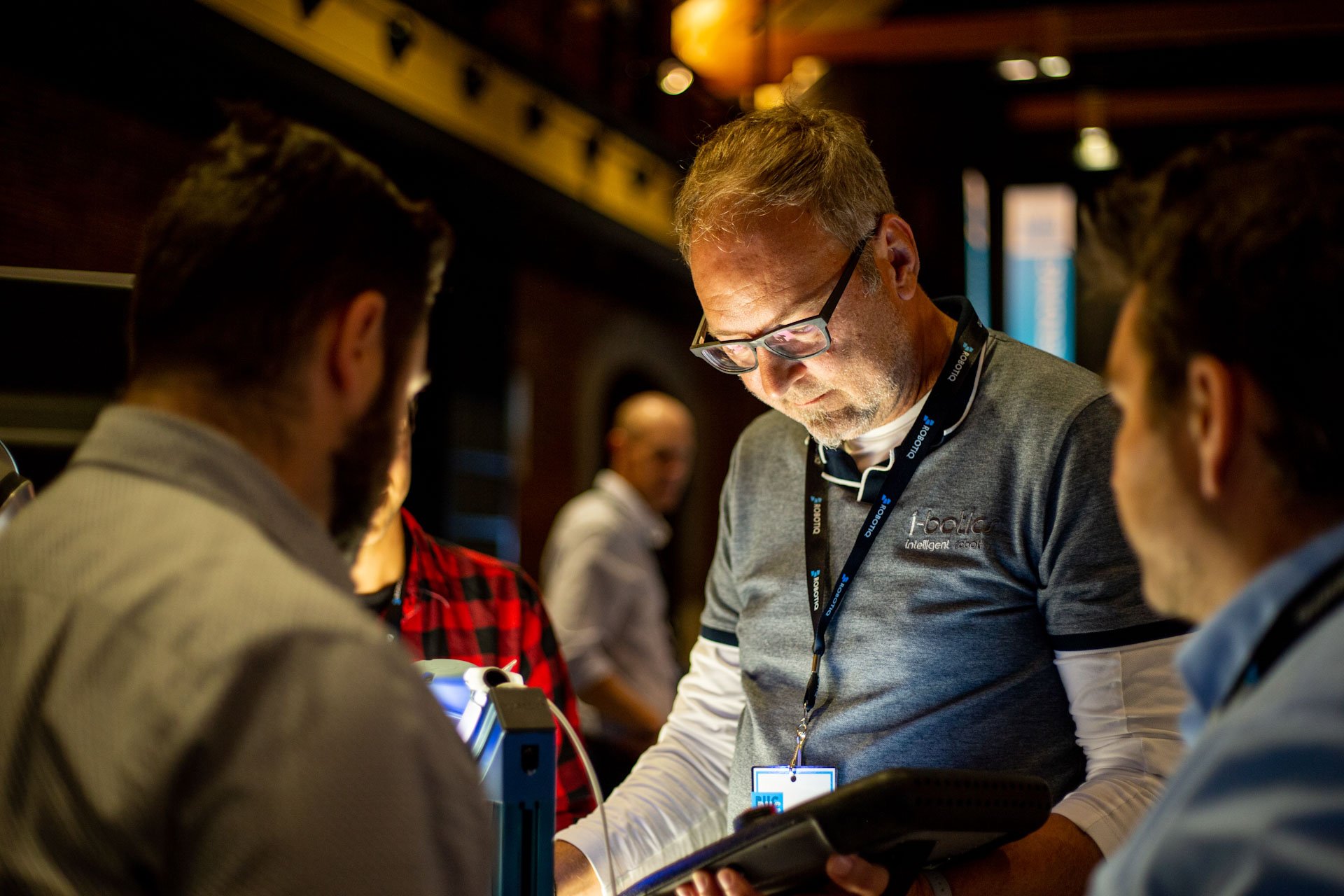 You might have thought that our attendees would be tired of cobots by now, what with all the intensive workshops they've been doing over the past two days.

But, no! Nobody gets tired of cobots here at RUC!

The teams jumped into action.

The challenge applications were not exactly the same as the ones that they had been doing in the tech workshops, but they were similar.

Here are the details of the 4 challenges.

Teams with this challenge had to run a complete machine cycle for 8 parts without stops.

Teams with this challenge had to inspect 5 parts.

Teams with this challenge had to complete 2 assemblies, which involved:

There was a lot of great teamwork going on here in the R2-D2 room.

After 2 hours, the teams had made amazing progress and many had managed to some impressive progress.

Everyone did amazingly. But, it is a competition after all. There are some winners!

Here are the winners from each category:

Winners of the Assembly Challenge 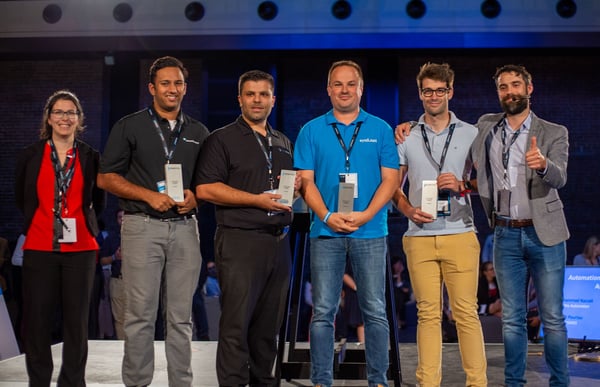 Winners of the Sanding Challenge 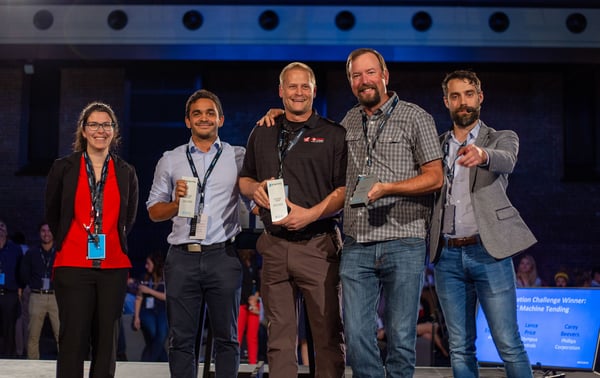 Plus, we have the winning team for the Sales Challenge.

It's time to kick back and play…

That's it! The Robotiq User Conference over for another year.

What a year it has been!

Now, it's time for us to relax. As Patrick Tawagi from Vention.io posted earlier today... It's cocktail time!

And it's also games time! We've got a some games to help everyone unwind.

Until next year's RUC everyone! 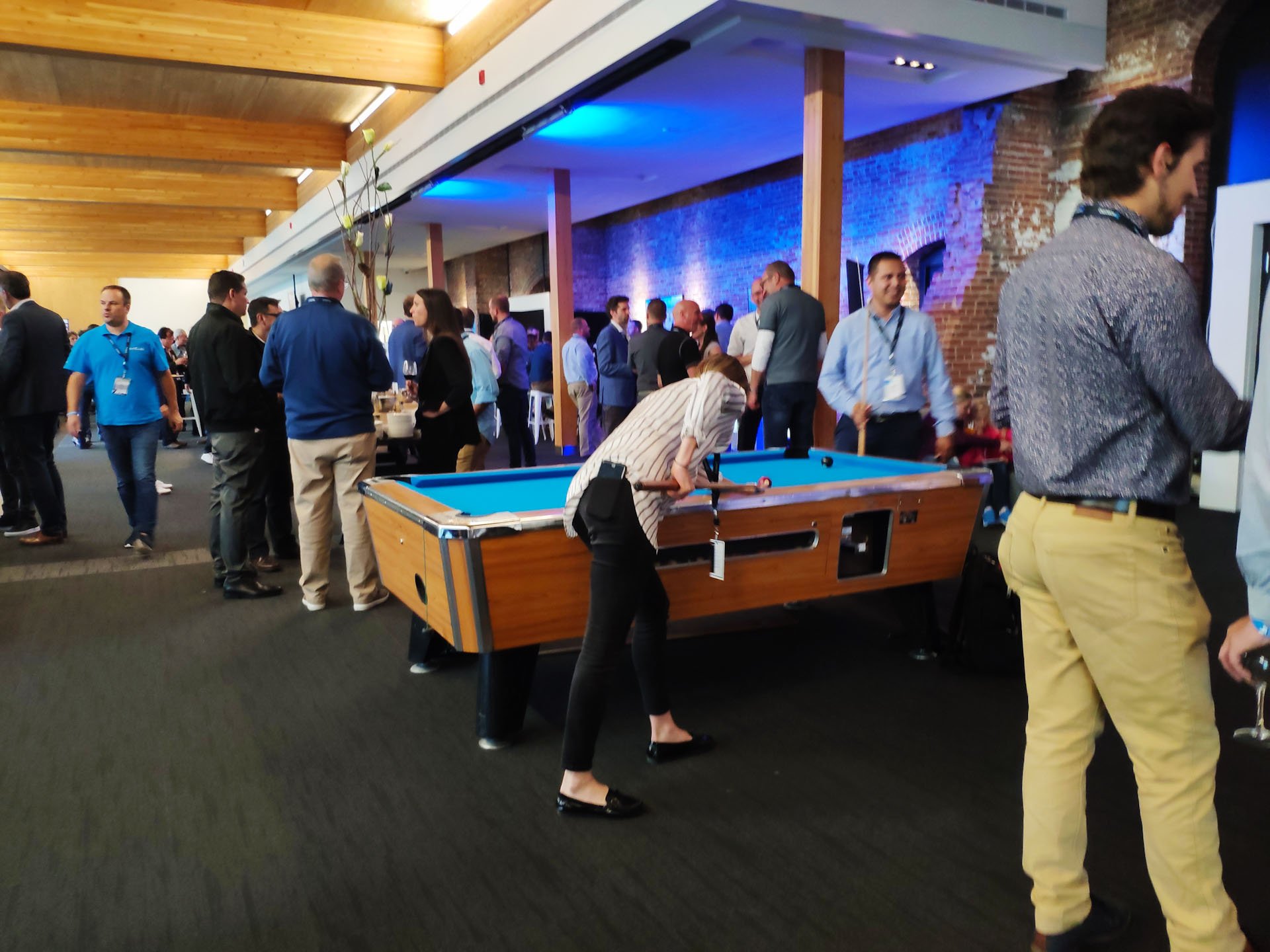 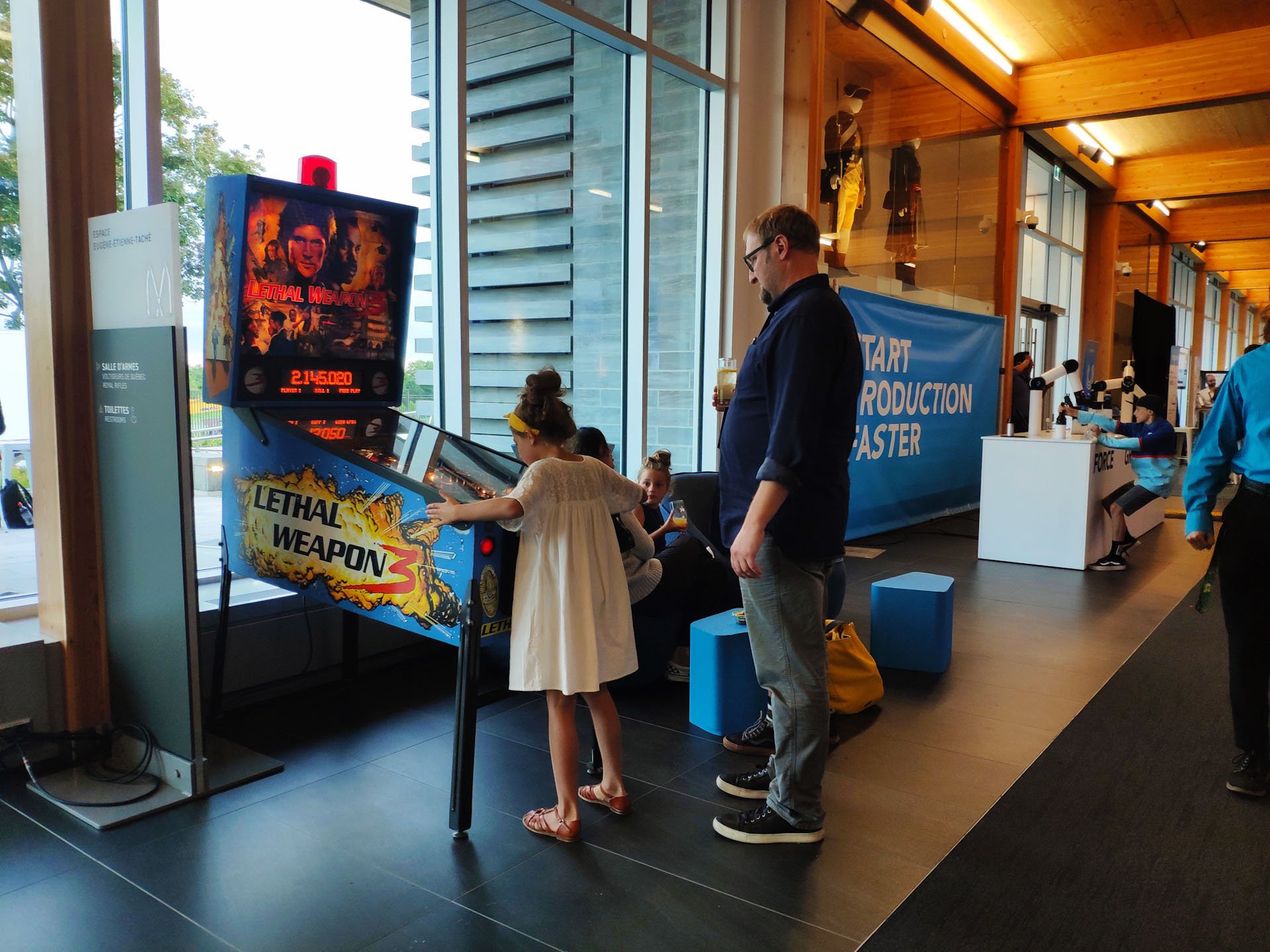 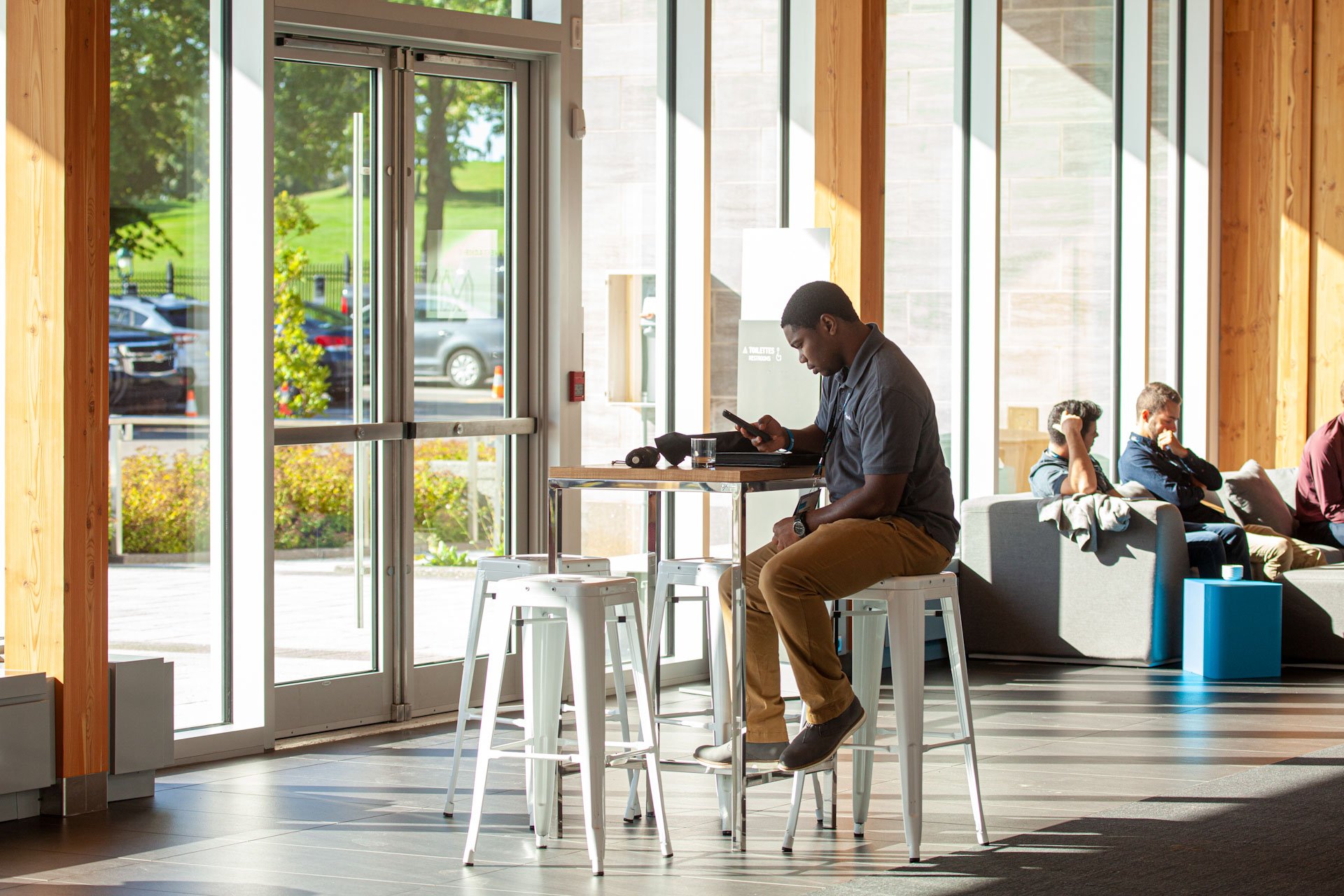 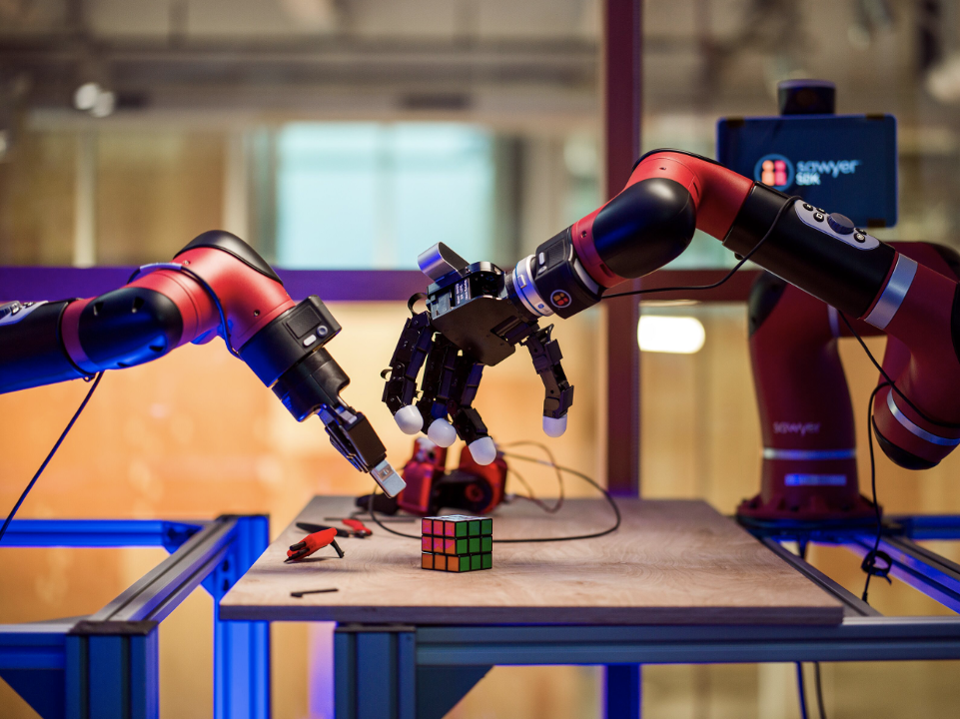