Do We 'Really' Need a Federal Robotics Commission? Part 2

In the previous post we presented Ryan Calo's case for a Federal Robotics Commission. Now let's discuss the pros and cons of such a federal agency. Mr. Calo addresses in his paper some of the criticisms he has encountered when speaking with different groups and individuals about the idea of a federal robotics agency. Mostly this revolves around the idea that more government bureaucracy is a good idea to help encourage innovation. That is where the really in the title comes from, as this seems to be many peoples responses to the idea of a federal agency to regulate robots. Cory Doctorow penned an article in the Guardian titled, Why it is not possible to regulate robots which summarizes some of this incredulity.

But Mr. Calo states “there is nothing intrinsically anathematic 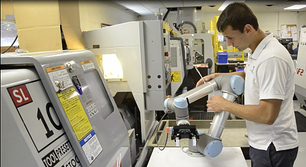 between regulation and innovation.”. Yet I can only imaging what the discussions of the DOT would have been like had it been in existence when the first model-Ts started rambling around the carriage tracks that were roads at the time. Or what would have happened to these first cars had they tried to meet government safety standards. Regulation like innovation operates in a continuum with the innovation coming first. This is not to say that there is no place for safety regulations, obviously OSHA, EPA and every agency in existence has an important role to play here. But imagine where we would be in aviation history if the FAA existed at the time of the Wright Brothers. I am sure that safety was one of their main concerns, they weren't suicidal, yet I don't think they would have made it off the ground at Kitty Hawk if they had to meet FAA standards that propose to regulate anything that flies.

Admittedly Mr. Calo recognizes that regulation is not the major objective of this proposed agency as it is listed only fourth on his list of six tasks envisioned for such a Commission. And he does list a number of government agencies that do not regulate their respective domains, but of his list actually only NASA and DARPA would appear to be agencies that do not provide this function and they are admittedly special cases given special circumstances. But this is only a side point according to MR. Calo, the real objective is to establish a “repository of expertise so that other agencies, as well as lawmakers and courts, do not make avoidable errors in their characterization and regulation of this technology. “ I find this argument rather disingenuous as there are over 50 good quality Universities that provide robotics programs across the US. These places are filed with expertise.

Of course in the real world you have to pay these people and the proposed commission's number one objective which would be to “Channel federal dollars into basic robotics research in an attempt to solve the still considerable technical challenges this technology presents.” would also have to assure funding for their agency first of course. And we know how eager Congress is to fund NASA and DARPA, I am sure they would be just thrilled to add another commission to the list of agencies looking for money. 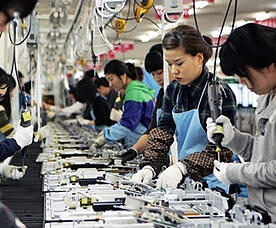 So, added bureaucracy and added expenses, ok so maybe these aren't the sole reasons to trash a federal robotics agency, but they are worth considering with the extremely limited budgeted dollars available today. Maybe we should look at how other countries are promoting and encouraging robotics. Germany has their Fraunhofer Institute and Japan possesses a very favorable environment for robotics maybe we should be looking in these directions for inspiration that would truly encourage robotics and not quickly become the battleground of Luddites fearing for the lose of jobs.

Another argument in the proposition of a federal agency is the piecemeal approach presently taken in our system today and that we need “a common institutional structure could help the law catch up, i.e., serve as a repository for expertise about a transformative technology of our time, helping lawmakers, jurists, the media, the public, and others prepare for the sea change that appears to be afoot.” Actually aside from the National Institute of Health (NIH) I don't really see the U.S. Government (or any other government for that matter) being particularly good at this type of information exchange. And I go back to the previous proposition that the expertise is there, expert witnesses are available, if you want more and better trained people then fixing the education system and encouraging stem subjects is perhaps where more effort should be placed.

A separate blog post by Mr. Calo on Mashable titled, The Need to Be Open: U.S. Laws Are Killing the Future of Robotics, shows that he is obviously a proponent of ROS and ROS industrial. And in this post he explains the reasons that open systems are better for innovation, if not for determining tort liability. As open systems are best for innovation, I would suggest that open governments ie those with less regulation, are best for the development of future innovations and for the future of robotics. So while a federal agency for robotics will perhaps one day be part of the picture it is way too early in the development of robotics to look at it now without hindering the kind of innovation America is know for.