Do We 'Really' Need a Federal Robotics Commission?

The question of a federal agency for robotic innovation in the US is the proposition of a recent series of articles presented by the Brookings Institute. And according to Wikipedia, the Brookings Institute is: “One of Washington's oldest think tanks, Brookings conducts research and education in the social sciences, primarily in economics, metropolitan policy, governance, foreign policy, and global economy and development. In the University of Pennsylvania's 2012 Global Go To Think Tanks Report, Brookings is ranked the most influential think tank in the world.”. So Let's look at the proposition put forth by law professor, Ryan Calo in The Case for a Federal Robotics Commission.

The focus of Mr. Calo's proposition is that because

robotics is a fundamentally broad ranging and radical, new technology, it needs the establishment of a new federal agency in order to develop and coordinate the expertise necessary to establish a comprehensive program around this new technology. He gives us several examples of agencies that came into being or developed out of other agencies as technologies advanced, the Department of Transportation (DOT), the Federal Aviation Administration (FAA), and Department of Health and Human Services to name a few. This leaves us with the understanding that regulatory bodies are a natural progression put in place to handle advancing technologies or potential safety issues.

Mr Calo clearly states “ the United States would benefit from an agency dedicated to the responsible integration of robotics technologies into American society.” , but he envisions that this commission “would not “regulate” robotics in the sense of fashioning rules regarding their use, at least not in any initial incarnation.” . Apparently Mr. Calo feels that the piecemeal approach of the present state of affairs is not a good approach to new technologies, so “the agency would advise on issues at all levels—state and federal, domestic and foreign, civil and criminal—that touch upon the unique aspects of robotics and artificial intelligence and the novel human experiences these technologies generate.” 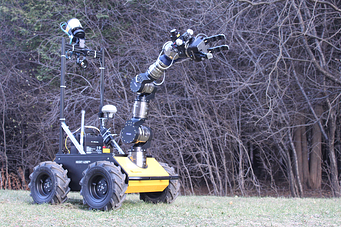 therefore that a federal agency dedicated to robotics is needed because of these challenges, as well as the fact that the existing U.S. Government agencies tend not to have the expertise necessary to meet the challenges facing them at this time.

The paper then goes on to discuss the particular challenges of: driverless cars, drones, financial algorithms, cognitive radio and surgical robots. He then makes several propositions to which might come under the auspices of a federal robotics commission. For example:

What would an FRC do then? Here are some tasks for a properly envisioned Commission:

Well this certainly sounds good, but I am definitely not sure about all of this. What I propose is that we think it over and in my next post I will take up the objections Mr Calo enumerates, as well as make some suggestions. If you have anything to add to the mix, now is the time. Robotics is a fledgling field and innovation is key. Is a federal agency the right response to encourage and develop technology which is our future?