5 Key Differences Between Palletizing and Depalletizing

We often put the tasks of palletizing and depalletizing together when we talk about automation. But, there are some key differences between these two logistical tasks.

Is one task harder to achieve with a robot than the other?

Could the same robot perform both tasks?

When you understand the specific requirements of palletizing and depalletizing, you can make better decisions about adding automation to your production workflow. It will help you to prepare your facility for robotic palletizing and get the most from your new investment.

The meaning of palletizing

Palletizing means placing or stacking items onto a wooden, plastic, or metal pallet for shipping or storage. It is a vital task for logistics as it helps to avoid damage or loss of products during transportation. Billions of pallets are used worldwide every day.

The traditional way to perform palletizing is to do it manually. A worker takes boxes or other forms of packaged products from the production line and stacks them onto the empty pallet.

More recently, collaborative robots have become a popular way to achieve palletizing. Robots are more consistent than human workers and help to reduce the number of injuries that are common for palletizing workers.

The meaning of depalletizing

Depalletizing means systematically removing boxes, bags, or other packaged items from a loaded pallet. It is often the first stage in a manufacturing process, where raw materials have arrived into a facility loaded onto a pallet.

A related task is "repalletizing." Here, items are removed from one loaded pallet and placed onto a second pallet for further shipment.

The similarities between palletizing and depalletizing

Before we look at the differences between these two tasks, it's worth reminding ourselves of the similarities. Palletizing and depalletizing are clearly very similar tasks.

Some clear similarities between the two tasks are:

5 Key differences between palletizing and depalletizing

There are also some important differences between palletizing and depalletizing. Even though the tasks look similar, you will likely encounter unique challenges with one that might not arise — or would arise in a different form — with the other.

Some key differences between the two tasks are:

With a palletizing task, you control everything about the items on the pallet. The robot picks up the box from a conveyor, for example, and places it in a precise location on the pallet.

With depalletizing, you are unloading items from a pallet that somebody else loaded. There is always a possibility that items will be in unexpected positions on the pallet or the distribution of items is inconsistent.

Pallets move a lot during transit. Securing the load with inadequate shrinkwrap is one of the most common mistakes in palletizing.

When you are depalletizing, it is not uncommon for items to have moved in transit. Your depalletizing robot must be able to account for such movement or it will make mistakes.

A common way to handle the uncertainty of unloading pallets is to add robot vision to depalletizing applications.

Vision sensing adds to the complexity of your robotic application, but it improves the system's flexibility to changes. With palletizing, you can often get away without adding any vision sensing to your robot.

A clear difference between palletizing and depalletizing is that they interact with different processes in your production workflow.

Depalletizing tasks usually come at the start of your workflow and will interact with tasks like picking, sorting, and unpacking.

5. Location in your facility

Likely, a palletizing and depalletizing robot will sit in different locations in your facility. You will want to locate the robot close to whichever upstream or downstream processes come before or after it in your workflow.

If your production quantities are low, you might be able to use the same robot for both palletizing and depalletizing. If so, you will need to take this into account when you design your robot cell and decide how it will fit into the layout of your facility.

Do you need a palletizing or depalletizing robot in your own facility? Maybe you need both?

There are some questions you can ask yourself to help you find the best palletizing solution for your unique situation.

Have a look at our solutions page to see case studies of companies that have succeeded with robotic palletizing.

Would palletizing or depalletizing make the most sense for you right now? Tell us in the comments below or join the discussion on LinkedIn, Twitter, Facebook, or the DoF professional robotics community. 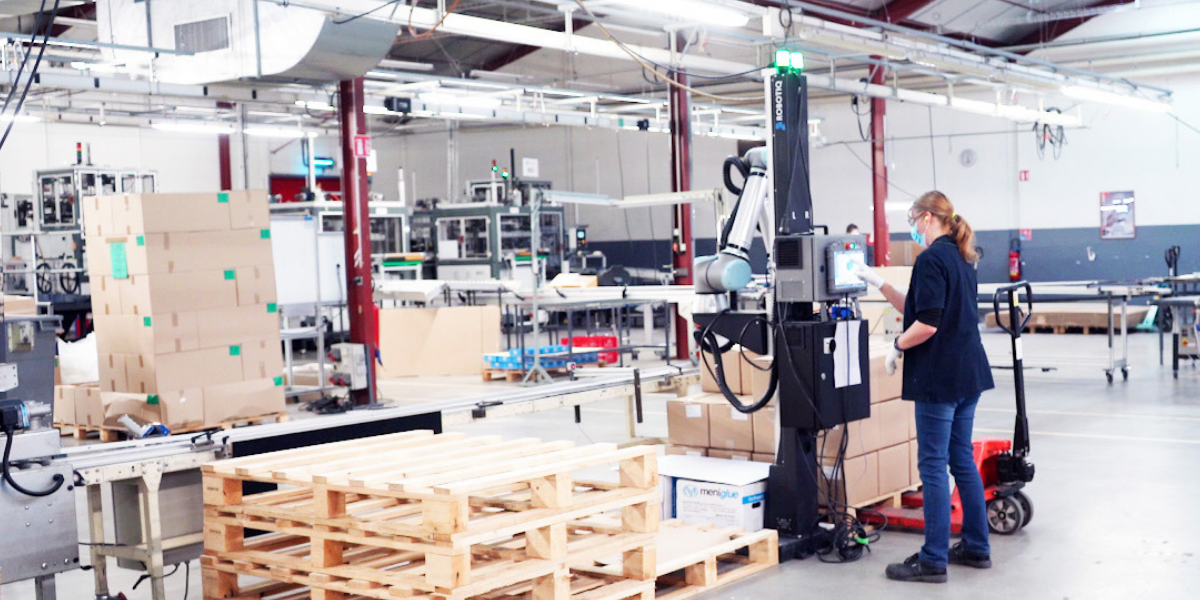 How to Repalletize Your Shipments for Maximum Efficiency

When it comes to shipping, a lot goes into making sure everything runs smoothly. From the initial order right through to the... 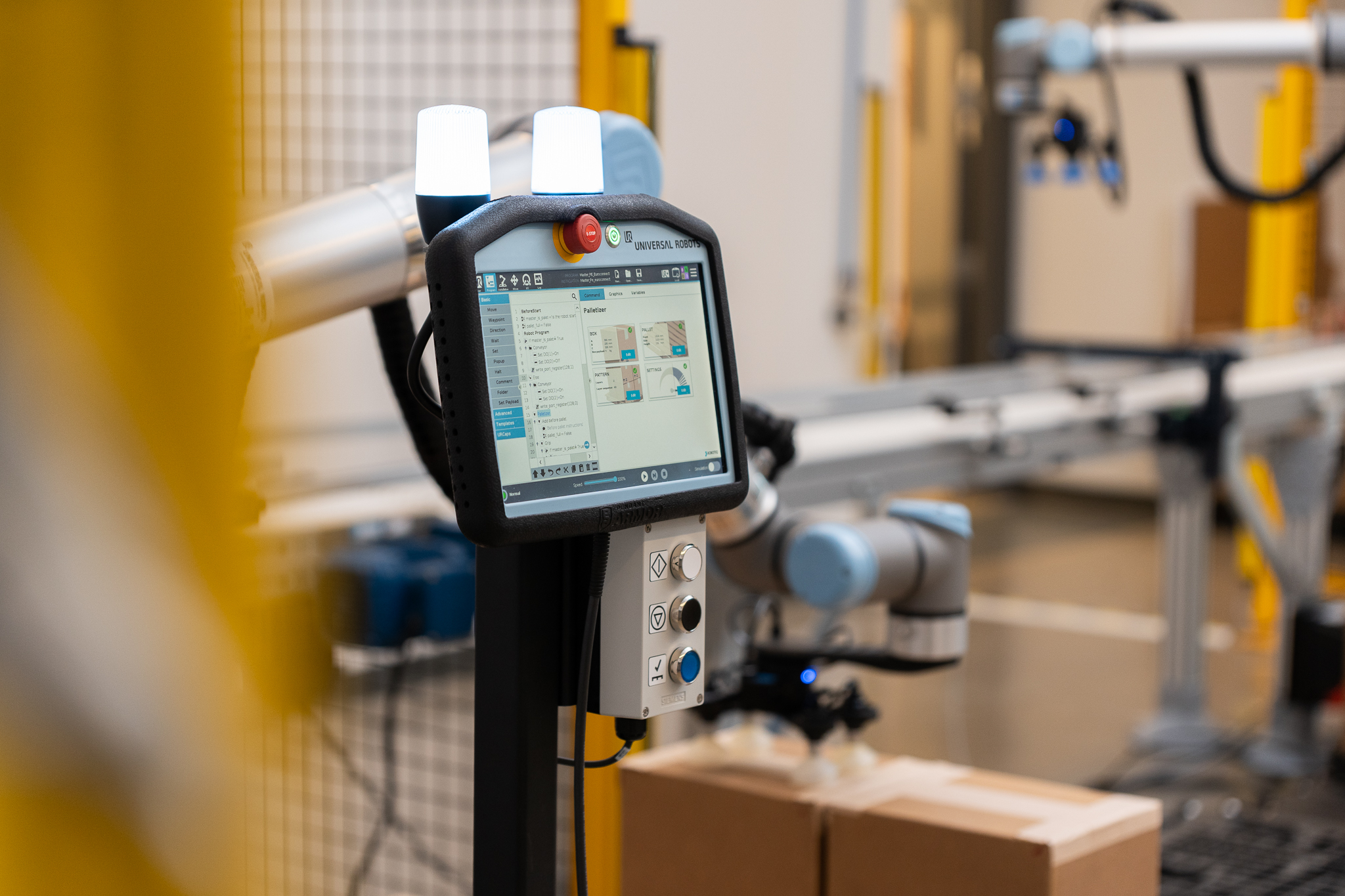 How to Setup a Cobot Cell for Efficient De-palletization

You are receiving raw materials into your facility… all packed onto pallets. How can you make your manual de-palletizing task...