It's fair to say that collaborative robots have "arrived." Over the last 10 years, cobots have grown in popularity — as we discussed this time last year. They are almost as ubiquitous as industrial robots (though sales figures are still much lower). Businesses of all different sizes are using cobots to improve their productivity.

But, progress never stops. The "next big thing" is always around the corner.

What will be the next big thing in collaborative robots?

Recently, market researcher Dr Khasha Ghaffarzadeh predicted that the next wave of robots will be mobile, collaborative and/or more intelligent.

What is a mobile collaborative robot?

The most basic mobile collaborative robot consists of the following, in my opinion:

The cobot is mounted onto the AMR, allowing it to travel around the workfloor autonomously.

It's worth nothing that some people think of AMRs alone as "mobile collaborative robots." I would disagree with this definition because AMRs tend to have safety features by default. There's no point in adding the word "collaborative" just because it's a buzzword. In my opinion, the collaborative element is provided by the collaborative manipulator.

To be honest, nothing. Mobile cobots are nothing new at all.

The reason I say that mobile cobots are "the next thing" is that they are still rare in industrial contexts. While it is increasingly common to see cobots in a manufacturing business, it's still unlikely that you'll see a mobile cobot in the same place.

But, that looks likely to change over the coming years. Mobile robots have been in the spotlight recently thanks to their increasing use in the logistics industry and in autonomous vehicles. It seems only natural that mobile cobots will be adopted, now that the AMR and cobot technologies are reaching maturity.

The benefits and challenges of mobile cobots

As with any technology, there are benefits to adopting mobile cobots as well as some inherent challenges. These will affect whether or not businesses will choose to adopt them into their workflow.

There are some clear benefits to adding mobility to your collaborative robot. You can probably think of some specific benefits for your own applications.

Some of the general benefits are:

Of course, with every new technology there are also added challenges. This is certainly the case with mobile cobots.

Some general challenges are:

When will mobile cobots come to a workspace near me?

It seems likely that we will see more mobile collaborative robots over the coming years. Both AMR and cobot technologies are now sufficiently mature. All it needs is for businesses to start considering mobile cobots as a potential solution to their current problems.

Taking into account the benefits and challenges of mobile cobots, I would say that fewer businesses will adopt them than will adopt cobots alone. But, if mobile cobots sound like a good solution to you, here are some of the platforms that we have already seen:

When will mobile collaborative robots come to a workspace near you? Pretty soon I'd guess.

Which of your applications could you improve with a mobile cobot? Tell us in the comments below or join the discussion on LinkedIn, Twitter, Facebook or the DoF professional robotics community. 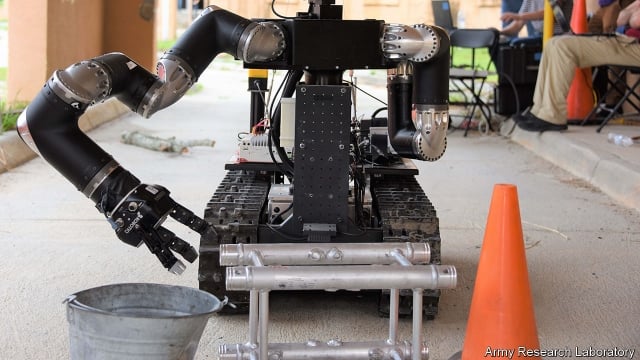 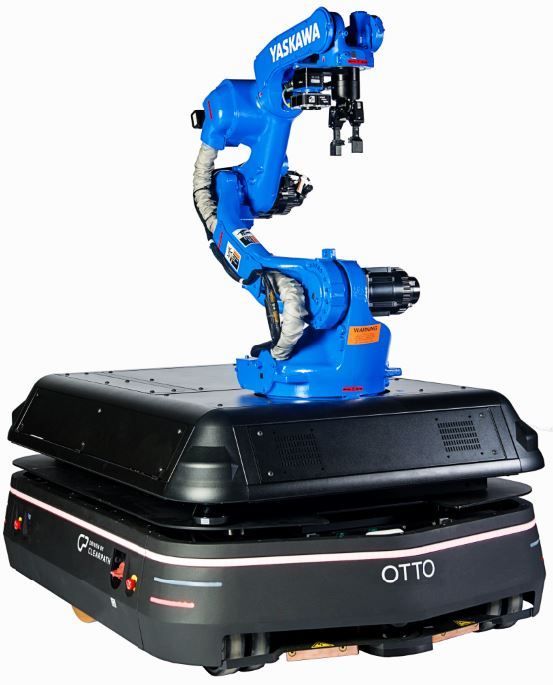 How to Decide If You Need a Mobile Cobot

There are some situations where a mobile collaborative robot will outperform a standard cobot. Here's how to decide if your...