It's an exciting time for robotic logistics. Read on to find out about the surge of new applications!

The modern logistics industry is becoming a hub for exciting robotic applications. It was slow to adopt automation at first, but the last few years have seen a rise in robotic solutions to logistics problems. According to Machine Handling and Logistics, "Some of the largest [logistics] operators in the US have plans to automate almost every physical move in their facilities within the next two to three years."

These applications range from (somewhat mundane) palletizing tasks all the way up to self-driving trucks and delivery drones.

Here are ten of the most interesting emerging applications in autonomous logistics today.

One of the most mature robotic technologies in logistics is autonomous warehousing. Since Amazon acquired Kiva Systems in 2012, robotic warehouses have grown in popularity. They reduce the time that workers spend traveling around the warehouse by having robots bring shelves to the workers instead.

Although Amazon was one of the first big businesses on the scene, their robotic warehouses certainly aren't the only ones. In May 2018, logistics giant Rakuten Super Logistics partnered with InVia Robotics to automate their US warehouses, and more partnerships are surely on the way.

Most warehousing robots these days work by bringing shelves to human workers, who then pick items by hand. However, more and more robots are able to pick items from static shelves without human assistance. This involves grasping diversely shaped items—a complex task. It would be great for logistics companies if all robots were capable of this, which is why Amazon hosts its annual Picking Challenge.

For more information, see our article on how to use robot vision to improve picking applications.

Packing is one of the most common logistics tasks—after all, everything shipped must be packed. Robots can be used for many of the several steps in packaging. At first, products are packed into individual packages. This is often done by the manufacturer. The next two steps are additional packing into larger boxes and crates; the latter step, called tertiary packaging, is often carried out by the logistics company.

For examples from the food industry, see Top 7 Robotic Applications in Food Packaging. 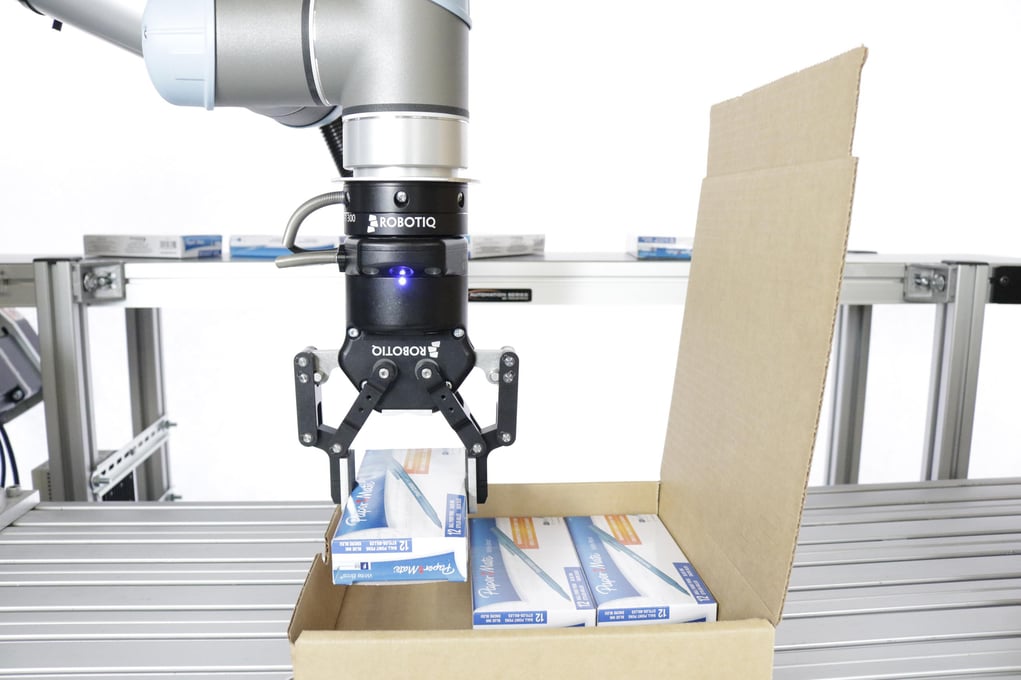 Packing is one of the most common tasks in logistics.

One example of tertiary packaging is palletizing. It's well suited to robots because it generally involves repetitive actions and items that are too heavy for humans to lift.

There are even specialized palletizing robots: these are usually robotic arms that have five degrees of freedom (DoF) and a sixth DoF that can rotate more than 360 degrees, so that the robot can properly orient items onto pallets. There are also many programming solutions to simplify robot palletizing, such as the UR palletizing wizard.

One of the newest robotic-logistic applications is robotic ports. These aren't USB or Ethernet ports—they're where cargo is loaded onto boats.

We first heard about robotic ports back in May when a Chinese port was made fully robotic. The port was designed by TuSimple, a self-driving-truck startup. It uses autonomous cranes and self-driving container vehicles to perform all the functions of a cargo port, but with no humans on site.

With the rapid advances made in the past few years, autonomous trucks are the most obvious example of self-driving technology. Other applications include autonomous forklifts, delivery vehicles, and mobile parcel stations (like mailboxes on wheels).

As with the TuSimple port, China seems to be a driving force (if you'll excuse the pun) for autonomous logistics vehicles. As SingularityHub says, "Dozens of autonomous truck startups are reported to have launched in China in the past two years."

For details on how self-driving vehicles can improve manufacturing, see Self-Driving Vehicles Quick to Replace AGVs.

Last mile delivery is (as the name suggests) the last step in the logistics journey from manufacturer to end customer. Although drone delivery has received a lot of media attention, drones aren't the only robots being tested at this stage. Other recent developments include autonomous ground, super-size, and four-legged delivery robots.

For more information, including a description of the first-ever successful pizza delivery by drone, see Top 5 Ways Robotics Is Changing the Food Industry.

Container loading is like palletizing, but instead of piling products onto a pallet, it involves pulling packages out of a shipping container. As a result, the handling requirements are slightly different, since the robot must be able to hold products from the side. One example of such a system is the IRIS project, which seeks to use vision and self-learning to improve packing.

Sorting is essential at many stages of logistics. But it has traditionally been challenging for robots, which require advanced sensing to differentiate between various products. However, the necessary capabilities are easier to acquire than ever before thanks to vision sensors like the Robotiq Wrist Camera.

As you know if you've been following the Robotiq blog, cobots are on the rise in many industries, and logistics is no different. Collaborative packing lets humans and cobots work together: the robot can take over the more mundane, repetitive actions, while humans handle the more delicate tasks.

Clearly, the future is going to be filled with logistics robots! Read more about Why We're Entering the Age of Robotic Logistics.

Which logistics applications are you looking forward to having automated? Tell us in the comments below or join the discussion on LinkedIn, Twitter, Facebook or the DoF professional robotics community.

Learn more about what cobots can do

Click below for an introduction to the possibilities of collaborative robots. 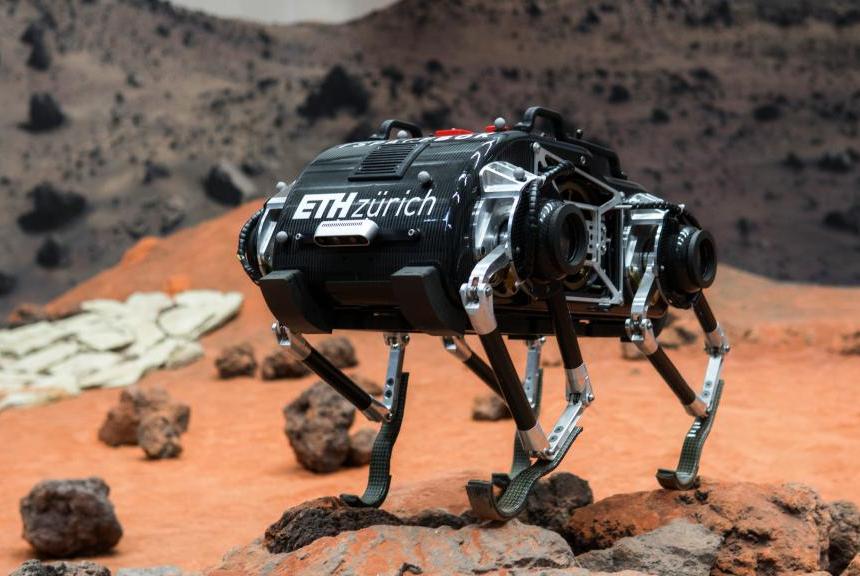