Robotics is affecting every link in the food supply chain. Here are five ways it's changing the industry.

The food industry is changing. As the global population reaches over 7.5 billion, food demand continues to rise. Food suppliers are under pressure to work more efficiently. Not only that, consumers want better quality, sustainable food available at their convenience.

Robotics and automation are a key part of the solution. Compared to other industries, the food manufacturing sector has been relatively slow to adopt robotics. But, over the last couple of years robotics has started to make its way into almost every link in the food supply chain, from the field to the kitchen. Crop-based agriculture is the start of the food journey.

Robotic applications include planting, identifying and sorting seedlings. There are also autonomous tractors, weeding robots and harvesting robots. Drones and autonomous ground vehicles are being used to monitor and analyze crops. One recent research project from Harvard aims to solve a momentous problem for global agriculture — the decline of bee populations. The researchers propose to use a swarm of tiny drones to pollinate crops.

For non-plant agriculture, robotics is also being introduced to the dairy, poultry and beef farming industries. Applications include autonomous feeding and milking, egg collection and sorting, and autonomous cleaning.

The Robot Report compiled a list of 160 businesses and agencies which are developing agricultural applications with robots.

Find out more in our article:

Autonomous food manufacture may be the key to tackling the rising food demand. The value of the global food automation industry is expected to double in the next five years, reaching $2.5 billion by 2022. The Asia-Pacific market is a huge driver due to the popularity of ready-to-eat foods in that part of the world.

Food manufacture can be split into two different states:

Robotics applications tend to be better suited to secondary processing, as the food is more standardized by then. However, we are starting to see more primary processing robots. Food packaging robots have been incorporated into parts of the food supply chain for some time. However, the latest development is that the entire packaging process can be automated.

Food packaging can be split into three stages:

It seems likely that robotic packaging will continue to be one of the main applications in the food industry.

Robotic food delivery has been getting a lot of press recently. Earlier this year, Dominos pizza announced that it would be introducing autonomous ground vehicles to deliver pizzas, following their first successful (and very noisy) delivery by drone at the end of last year.

While autonomous food delivery may seem a bit like "just the latest fad" it actually addresses a rising market trend. Over the last couple of years, there has been a huge spike in demand for restaurant quality, home-delivered, ready-to-eat food. Whether or not autonomous delivery will become widespread is debatable, but our taste for takeaway is definitely changing the food industry. The final stage of the food supply chain is cooking. We discussed cookery robots in 2015 in the article Modern Cooking: Are Robot Chefs Really Here?. In it, we introduced the Moley robotic kitchen and other robotic chefs. So far, Moley's website still classes the project as "in development" but they say the robot will be ready for market by the end of this year.

A similar invention is the Spyce robotic kitchen from MIT which combines pre-chopped ingredients autonomously and cooks them in heated rotating drums — kind of like a cement mixer. Spyce was cooking food for students at the university canteen in April 2016 but is not yet a commercial product.

However, cookery automation does not necessarily mean cooking meals on demand. The APRIL robot, for example, seeks to bring restaurant quality to mass produced food. Traditional mass production methods reduce quality of food due in part to the large batch sizes. By using a KUKA robot to cook in smaller batches, the inventors claim that the quality of the food is better.

Compared to the other stages of the food supply chain, cookery and delivery robots are still in their infancy. However, it is undeniable that robotics is changing the food industry.

Which application areas do you think will be most important in the next five years? What do you think of robotic pizza delivery? Would you buy a robotic chef? Tell us in the comments below or join the discussion on LinkedIn, Twitter, Facebook or the DoF professional robotics community. 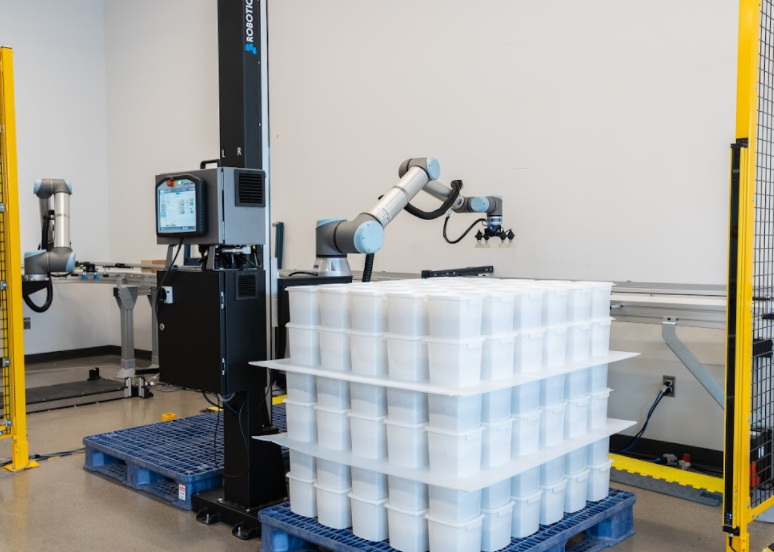 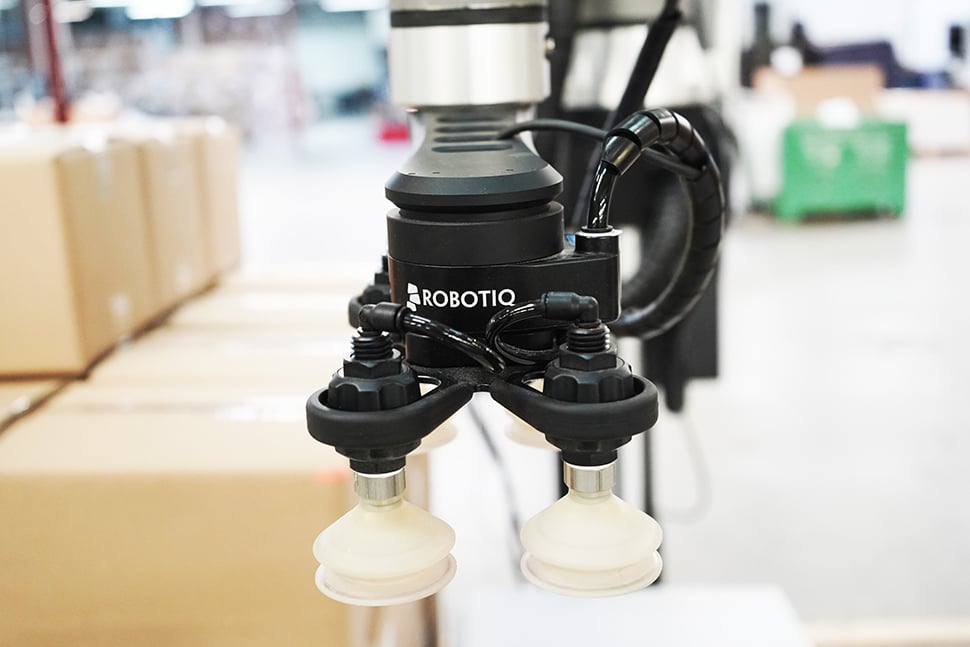 Robotics in the Food and Beverage Industry: What's New in 2022

The use of robotics in the food and beverage industry is booming right now.

Manufacturers are increasingly turning to robotic...