Nicolas is a project manager in R&D for Robotiq.

A few weeks ago, I wrote an article about ROS-Industrial, explaining how it could be used to create new applications for industrial environments by reusing code produced in academic research. Well, it turns out that the guys at SwRI have been working on a very nice demo that illustrates this concept perfectly. As you can see in the following video, the demo consists of a Motoman robot which performs the autonomous grasping of various objects using a Kinect sensor and one of our three-fingered Adaptive Robot Gripper. The video starts with an animation of a PR2 robot doing the same demo, which reminds us that the code was initially developed in a research environment, then transfered to the industrial robot.

A few weeks ago, I wrote an article about ROS-Industrial, explaining how it could be used to create new applications for... 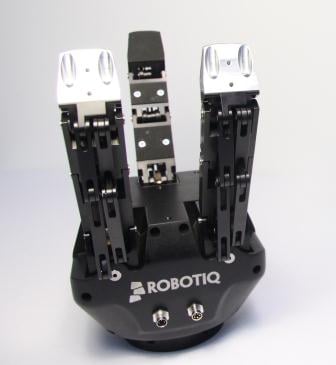 The following video shows two of our Adaptive Grippers controlled by a Matlab interface, which also monitors two... 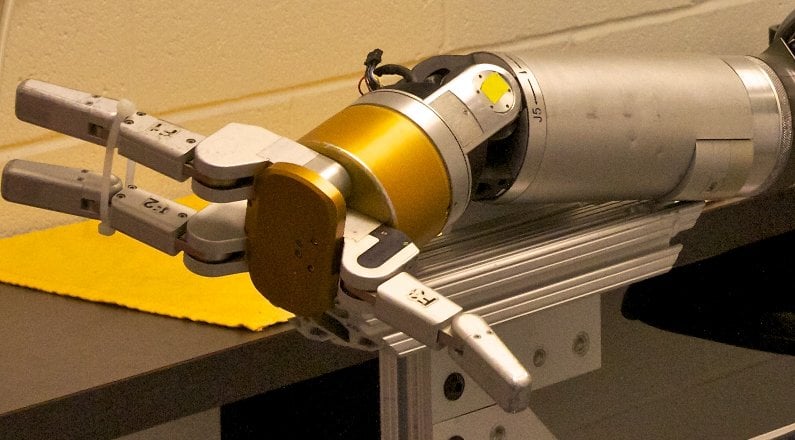 Our Adaptive Gripper has many advantages over the simple two-finger claws often found in industry, as it can automatically...

Written by
Connect with the writer: