Why robots with "hormones" are a good thing; return of the uncanny valley; robots falling over (intelligently); drone regulation; South Korea-Samsung investment in robot factories and much more...

The "uncanny valley" is one of the best known --but far from settled-- topics in humanoid robot design. Proponents of the view --which holds that robots that look almost like humans prove to be the most unsettling to humans-- had their position reinforced with a recent study, Slate reports:

A recent study in the journal Cognition provides compelling evidence to support the uncanny valley claim. What makes it different than earlier work is that researchers Maya Mathur and David Reichling may have avoided some pitfalls that could have obscured results in prior studies. In order to test whether the uncanny valley effect occurs with real-life robots, the researchers used 80 pictures of social robots that have actually been built, rather than using computer-generated morphed blends of human and robot faces, which often have unnatural distortions that cause strange features.

They were also very picky about a lot of other factors—for instance, they only chose robots that were meant to interact with users (that is, not missing hair, facial parts, skin, or clothing), not marketed as toys (which are often made to look “adorable”), and capable of physical movement.

Specifically, as robot faces appeared increasingly more human, their likability ratings increased up until they looked almost human, at which point the ratings dropped significantly, dipping down into the valley. Similarly, the amount of money wagered by participants first increased before drastically dropping, only to increase again when robots began to look identical to humans. Blowden: the robot with digital hormones.

In the last weekly roundup, we featured a study that indicated humans in care situations have more positive interactions with companion robots when the robots exhibit human-like behavioral idiosyncrasies and imperfections.

This week, the BBC reports on a researcher exploring the idea of using digital "hormone cascades" with the aim of making robots "appear less stilted and more easy for people to be around."

In Mr Finnis' system, a hormone is released when Blodwen's electric current and temperature rise above a certain level. If it builds up too much, that triggers the release of a second hormone.

"That second hormone, in what we call a hormone cascade, does change the behaviour of the rover," he said.
"If it goes above a certain level the rover will start to lurch because it decides it is 'tired' or 'fatigued'."

It prevents the robot - a miniature concept version of that to be used in the European Space Agency's ExoMars Mission 2018 - from switching abruptly between functions as it drives up the banks of the university's Mars surface mock-up - a landscape covered with a super-fine soil simulant.

An endocrine system can also allow, for instance, machines to save power and shut off non-essential functions when energy levels are running low.

At the rate these developments in robot imperfections are going, we will soon be told that the best kind of robot is one that doesn't work reliably at all.

In the meantime, all of these new insights into human-robot interaction reinforce a growing sense that the vast majority of behavioral idiosyncrasies (and all the unpredictability) lie on the human side of the human-robot equation.

Has it reached the stage where robot designers need to be --or to hire-- psychologists too? Or is talk of "digital hormones" more metaphorical than real, however biologically inspired the software design?

Speaking of robot imperfections, what to do when a real problem --such as a robot falling over accidentally-- arises is the focus of some fascinating research at Georgia Tech...

Researchers at Georgia Tech took inspiration from the way people break a fall by sticking out an arm or a leg on the way down. “When you fall down, you try to dissipate energy,” says Karen Liu, a professor of computer science at Georgia Tech who carried out the work with her then graduate student Sehoon Ha, who now works at Disney Research Pittsburgh. “And every time you make contact with the ground, some of that energy is dissipated.”

Liu and Ha devised an algorithm that lets an unbalanced robot figure out how to contort its body so that it hits the ground with less force. The algorithm calculates how to create a number of contact points with the ground in order to disperse the momentum of the fall.

The Samsung investment scheme will see 17.75 bn won (£9.5+ bn | $14.8 bn) of taxpayer revenue funneled into ‘key components’ that will permit further robot production over the next three years [...] The anticipated industrial robot infrastructure will be placed at the service of smaller and mid-sized robotics companies, with initial focus on technology production covering sectors such as cars, computer chips, displays and semiconductors.

A U.S. task force composed of more than two dozen representatives from the drone and manned aviation industries, federal government and other groups has been given until Nov. 20 to develop a drone registration system for unmanned aircraft.

Some drone makers were concerned, though, by the lack of detail about how the system will work and the speed with which the task force has been ordered to work out those particulars. Many questions about the regulation are unsettled, including exactly which drones are considered so harmless that they should be exempt from the new rules. The department said the regulations would not apply to toys and other small drones that posed low safety risks.

It will be fascinating to see how this plays out as drones are the first group of robots to become regulated 'en masse'.

Meanwhile, some members of the animal kingdom appear to have made their minds up already: 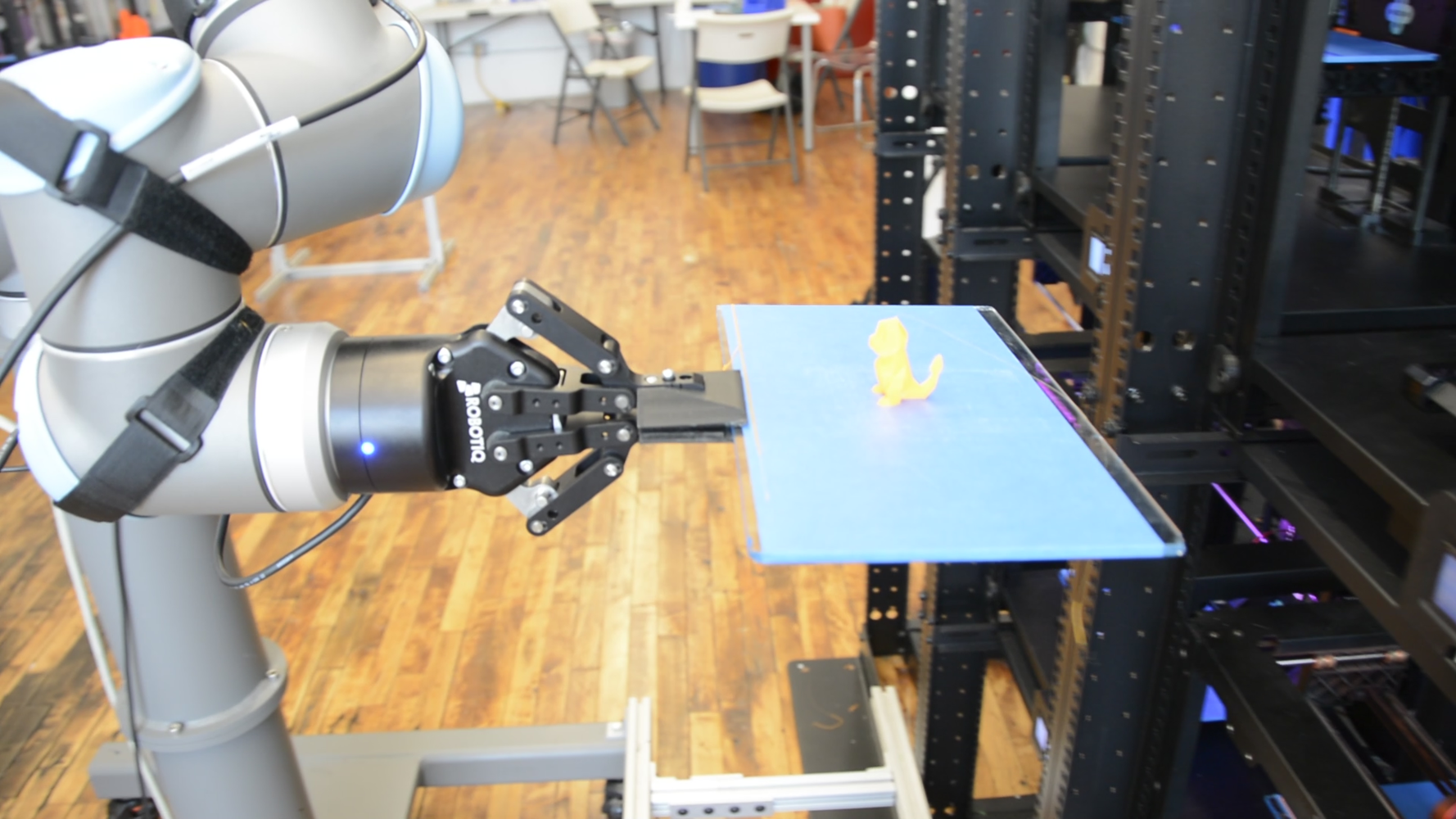 Is Robotics Really a Disruptive Technology? How Innovations in Robotics Are Eliminating Challenges in Manufacturing

Our world is one that’s focused on constant growth. Whether it’s growth in population, technology, or anything in between,... This year we've seen a whole load of acquisitions and investment in robotic companies. We could well be on the brink of a new...