Bio-inspired jumping bot; Atlas stays balanced on uneven terrain; NASA's satellite repair bot; human labor displacement; cobot news galore; and much more. Find out what's happening in our robotics universe this week. We hope that the news we have selected will interest and amuse you. Enjoy!

Atlas (the multi-talented humanoid robot being developed by Boston Dynamics), has a new skill to show off --the ability to  keep its balance while navigating over uneven, cluttered terrain.

IHMC is heavily involved in the DARPA Robotics Challenge, an event which is focused on developing robots for disaster relief, so this new capability could be a big advantage the next time the Challenge comes round.

As IHMC puts it:

A robot responding to a typical disaster scenario is likely to face rubble and other obstacles, unsettled ground, closed or stuck doors and windows, ladders and other challenges. Humanoid robots that can navigate human-scale environments and use human-type tools will have an advantage.

NASA announced this week that it has a budget of US$127 million to fund a robot that can repair and refuel satellites in orbit.

The Restore-L satellite is being developed by a company called Space Systems Loral in Palo Alto, California. The satellite will have autonomous navigation, dexterous robotic arms, a toolkit, and propellant to fuel up spacecraft that are out of gas.

By the company's estimates, Restore-L could launch as soon as 2020. Its first mission may be to refuel Landsat-7, which provides satellite imagery for the U.S. Geological Survey.

Long-term, NASA wants to explore the possibility of using variations of this technology to create orbital refueling stations and manufacturing centers.

For more background on the project, check out the video below, which was recorded earlier this year:

Robotics Business Review carried a cool piece about the rise of the cobots this week. In it, the author looks at the growing popularity of cobots and the increasing interest in the technology in government:

As collaborative robots get more and more attention, various governments have started defining long-term strategies. For example, Germany introduced its “High-Tech Strategy 2020” for Industry 4.0 back in 2006, but some Mediterranean countries haven’t even started planning.

China just approved a five-year plan to optimize manufacturing with automation. Even Italy, with its recent release of “Italia 4.0,” is expecting growth in innovative sectors of around $50 billion.

Safety guidelines such as ISO TS 15066 should help U.S., European, and Asian robotics regulatory development without interfering with cobot adoption.

While workcells within safety cages remain in heavy manufacturing and may even become a thing of the past, both suppliers and end users need to understand how collaborative robots can fit into and change their operations.

Meanwhile, BIS Research published "Cobots Technology: The Next Big Thing in Industrial Robotics," an interview with Erik Nieves, Founder of PlusOne Robotics, in which he offers some fascinating insight into the key differences between cobots and traditional industrial robots and the future of the cobot market:

Elsewhere, IDC unveiled its "Top 10 Predictions for Worldwide Robotics for 2017 and Beyond" and one prediction in particular caught my eye:

Prediction 7: By 2018, 30% of all new robotic deployments will be smart collaborative robots that operate three times faster than today’s robots and are safe for work around humans.

Here's Why Robot Labor Is Best For Everyone (Forbes)

Forbes offered an interesting take on job displacement due to robotics this week:

We’re stuck in a rat race and won’t escape unless something pulls us off the wheel. What will it be?

The government? There are policy changes that could help, but governments tend to use brute force. Usually the outcomes aren’t ideal.

Another possibility: the same technology that gives us robots might produce new human jobs that don’t presently exist.

I think our twisted ideas about money, work, and education are the real problems. They’re distorting supply and demand. The root causes aren’t so much economic as cultural and psychological.

It seems like only yesterday that The Guardian was regularly running regular negative scare stories about the impact of robotics on society.

That has changed over recent months however, and (in a trend that I have noticed across the mainstream press) more accurate and measured coverage is starting to dominate.

This is good to see. It means we can have a meaningful and realistic debate about robotics, instead of being pushed into extreme positions by misleading media coverage.

In another sign of this general trend, The Guardian recently published a piece calling out one of its rivals for their scare-mongering about robotics:

A job isn’t property in the strictest sense. It’s not a possession, a thing we can own. If anything, it’s more of an agreement. “I’ll do this service for you, and you’ll give money to me in return”. Is it possible to steal an agreement?

The Daily Mail seems to think so at least. With their latest front page, they loudly warn of 15 million jobs being stolen by robots. This adds even further levels of confusion into already questionable territory. Even if it were possible to steal a job, could a robot do that?

It’s not exactly a new or invalid concern, jobs being lost to automation, but actual theft? Can you really accuse a complex-but-inanimate machine of actively and illegally taking something that belongs to you? Seems unlikely, for the same reason that, after a traffic accident, the cars involved are never arrested. Because that would be farcical.

Robots don't get much cuter than Salto, a jumping robot developed by scientists at University of California, Berkeley.

Inspired by the galago (or bushbaby), this little robot can jump higher than a human and bounce off walls with the agility you would expect of a small primate. 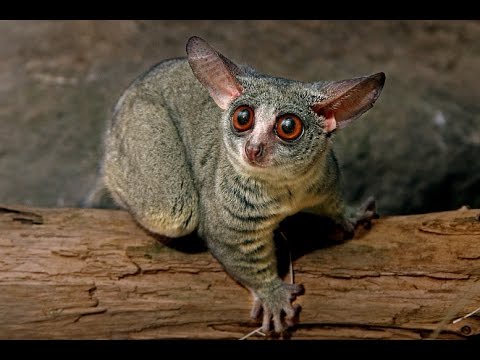 "I inspired a robot? That's nice, but do you have one that can catch insects and collect fruit?"

"We looked to biology for inspiration because it's fair to say that animals can outclass any robot when it comes to jumping," said robotics researcher Duncan Haldane, who led the study published in the journal Science Robotics.

"Our goal was to have a search-and-rescue robot small enough to not disturb the rubble further (and) move quickly across the many kinds of rubble produced by collapsed buildings."

BTW, their research is published in Science Robotics, which launched just this week and (for now at least) is freely available online.

I'll be back next week with more fresh robotics news. Until then, hope you enjoy these videos and links!