Researchers at MIT CSAIL's Distributed Robotics Lab are exploring the feasability of humans and cobots lifting loads together by kitting humans out in wearable sensors that send signals to a cobot, which it then interprets and acts upon; mostly by mirroring the human's motions, but also by responding to specific gestural controls...

A different form of collaboration now, with the news that Boston Dynamics (BD) and OTTO Motors have been working on a stunning integration of BD's wheeled Handle bot with OTTO's powerful autonomous mobile robots...  (H/T The Robot Report)

On Thursday, commercial kitchen automation firm Dexai Robotics announced that it had raised USD5.5m in its latest funding round. The company recently launched 'Alfred,' a cobot sous chef and plans to expand its engineering, sales, and product teams to both "serve new cuisines and fuel its growth in the foodservice space," according to the press release. 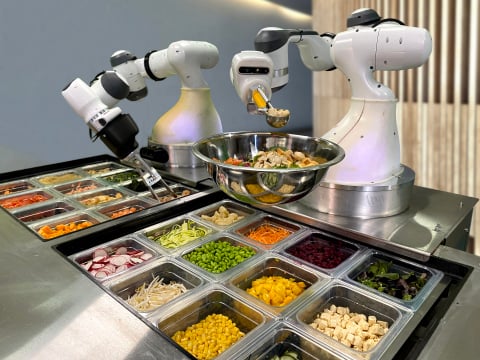 Cobots in the kitchen. Via: Business Wire

In a paper published this week on arxiv, researchers at Google unveiled a new set of reinforcement learning algorithms that can be used to teach a quadruped to walk in a matter of hours. Crucially, the new system also means that much less human intervention is required during these types of experiments. 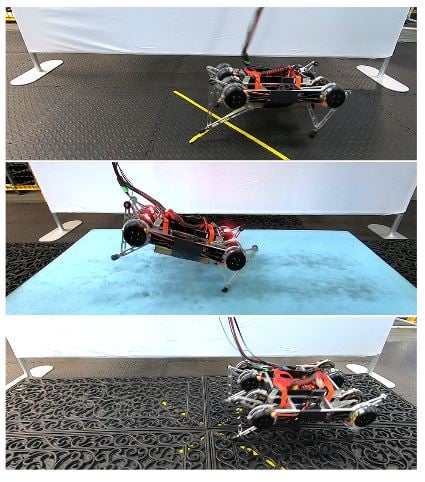 The robot learning to walk on different types of surfaces. Credit: Google

“I think this work is quite exciting,” says Chelsea Finn, an assistant professor at Stanford who is also affiliated with Google but not involved with the research. “Removing the person from the process is really hard. By allowing robots to learn more autonomously, robots are closer to being able to learn in the real world that we live in, rather than in a lab.”

Wevolver released its 2020 Autonomous Vehicle Technology Report this week. The report provides a really useful overview of current technical topics in autonomous vehicle hardware and software, presented by a team of expert contributors. It's also free. 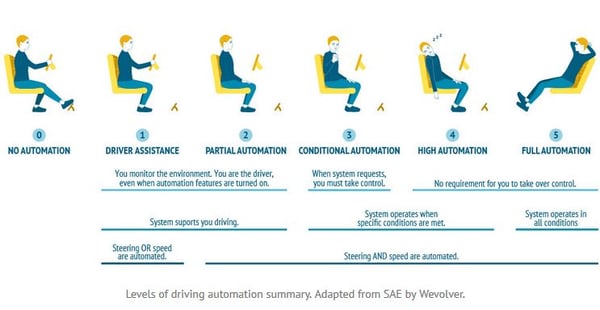 Over 22% of the engineers visiting the Wevolver platform do so to gain more knowledge on autonomous vehicle technology. Despite how much topics like market size and startup valuations have been covered globally by the media, many engineers have expressed to our team at Wevolver that comprehensive knowledge to grasp the current technical possibilities is still lacking.

Finally, Somatic's BCR-01 autonomous cleaning bot has been in the news, following its recent commercial release.  All bathrooms used for commercial purposes built in the United States after 1994 must comply with the Americans With Disabilities Act, which creates a useful degree of environmental conformity for the robots to work with. 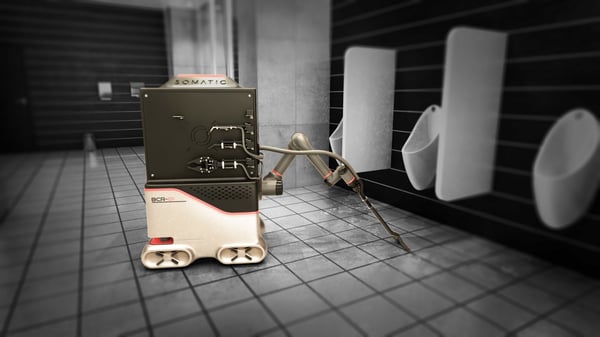 The bot costs around USD1,000 per month on lease. Credit: Somatic

The static nature of most commercial restrooms means that robots only have to train on a space once. The team does the work remotely now, using a VR simulation of the bathroom to show the robot where to spray and wipe chemicals, vacuum and blow-dry. It’s an activity the team affectionately refers to as “the worst video game, ever.”

2.  A collaboration between a clinical psychologist, robotics engineers and a robotics entrepreneur could help improve robots' walking skills. The team created algorithms based on perceptual control theory --a model usually employed in therapeutic settings-- and tested them against standard alogorithms, with very promising results. (H/T University of Manchester)

4.    Engineers at Boston University’s Morphable Biorobotics Lab unveiled a new soft robot this week. Dubbed “Dart” due to its resemblance to a terrifying creature kid's pet from the Netflix series 'Stranger Things,' the bot is able to grip and lift objects using its unique six-fingered mouth. 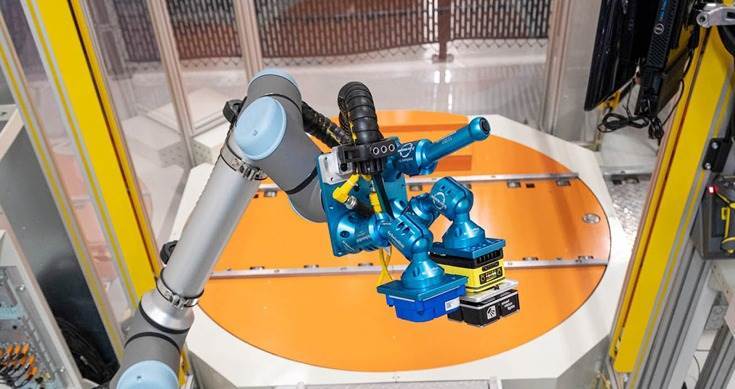 From shop floors to space robotics, Robotiq Grippers handle all kind of parts in various environments, but to be honest, we...