French medical robot maker Axilum Robotics has received 510(k) clearance from the U.S. FDA to market its TMS-Cobot TS MV for "spatial positioning and orientation" of a transcranial magnetic stimulation (TMS) therapy system.  TMS is a non-invasive neurostimulation therapy used in the US as a treatment for major depression. 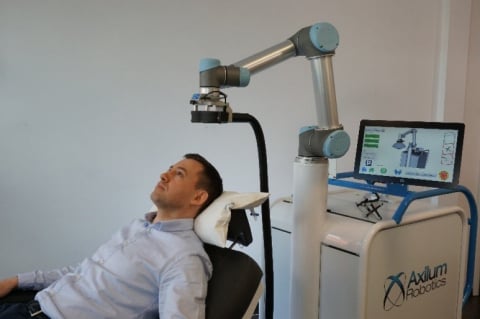 From the company's press release:

“TMS-Cobot will allow us to better address the needs of the TMS therapeutic market by providing an affordable solution to allow precise TMS delivery, while relieving the operator from a demanding and time-consuming task and reducing the movement constraints on the patient,” said Michel Berg, CEO of Axilum Robotics.

Researchers at UT Austin are exploring to use mobile cobots to help humans with workload backlogs...

Qualcomm has announced the launch of its Robotics RB3 Platform, a combination of hardware, software, and tools designed for manufacturers and developers to “create the next generation of advanced consumer, enterprise, and industrial robotics products.”

Aimed at industrial robot and drone makers in particular, the RB3 system includes design options for development and commercialization, development board offerings for prototyping, off-the-shelf system-on-module solutions, and flexible chip-on-board design options, among many other features.

The People's Bank of China is encouraging the country's financial institutions to increase support for industrial robot manufacturing by providing innovative financing, lease and pledge services, according to a report from Xinhua:

MIT Technology Review asked Bill Gates to pick his "top 10 inventions that will change the world for the better" for their latest issue.  First on Gates' list?  'Robot dexterity.' 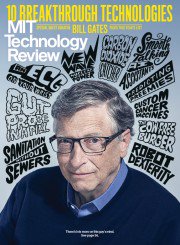 A robot can repeatedly pick up a component on an assembly line with amazing precision and without ever getting bored—but move the object half an inch, or replace it with something slightly different, and the machine will fumble ineptly or paw at thin air.  But while a robot can’t yet be programmed to figure out how to grasp any object just by looking at it, as people do, it can now learn to manipulate the object on its own through virtual trial and error.

Using official data from the Californian government, Statista published a cool infographic comparing disengagement (when a human has to take over) rates among self-driving car companies operating in the state.  28 companies operate autonomus vehicles in California, completing a combined 2 million plus miles in autonomous mode.  "When it comes to flawless autonomy," Statista reports, "Google's Waymo is way ahead of the pack with its fleet covering 1.27 million miles last year with 11,154 miles per disengagement." 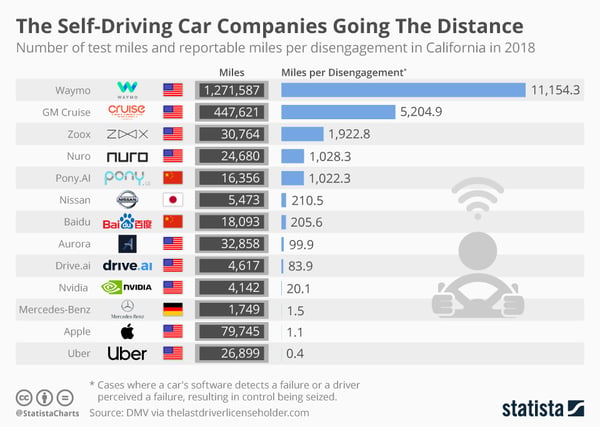 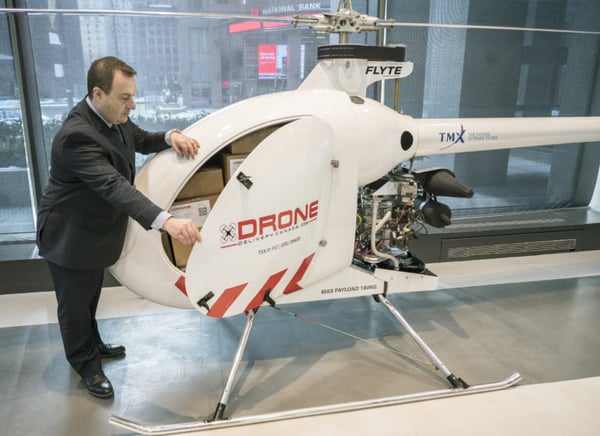 This drone has some serious capabilities, as Unmanned Systems Technology reported:

It features a payload capacity of 180 kilograms or 400 pounds and a potential travel distance of up to 200 kilometres, and is powered by a next generation gas propulsion engine.  The Condor measures 22 feet long, 5.1 feet wide and seven feet tall. It has a wingspan of approximately 20 feet and is capable of vertical take off and landing. 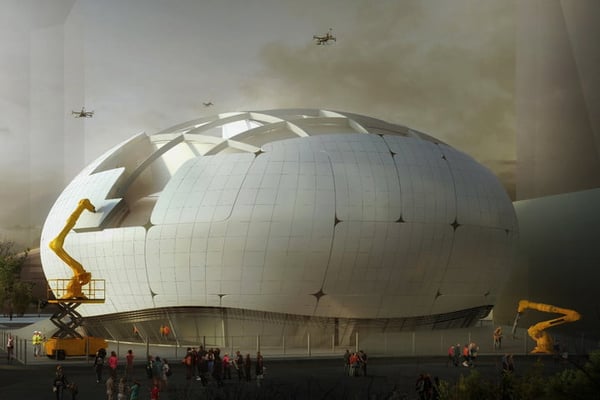 Come by next week for more of the latest robotics news!  Until then, hope you enjoy..

2.  'Remebot' is a neurosurgery robot finding use in China, c|net reports.

3.  Cambridge University researchers have been discussing "the far-reaching advances" offered by AI and considering the consequences of developing systems "that think far beyond human abilities."

5.  Jason Furman, Professor of the Practice of Economic Policy at Harvard Kennedy School talks 'Robotland: The Future of Labor Policy and Work in an AI World.'