Robots are changing agriculture beyond recognition, from cobot-assisted milking to cow-herding drones!

The food industry is being revolutionized by robotics and automation. We introduced this trend in our previous article Top 5 Ways Robotics is Changing the Food Industry. In this article, we focus on specific applications in the agricultural industry. After all, farming is the start of the whole food journey!

Automated agriculture is going from strength to strength. According to a recent report, the market for agricultural robots and drones is expected to reach $35 billion within the next five years.

There are real problems in modern agriculture. Traditional farming methods struggle to keep up with the efficiencies required by the market. Farmers in developed countries are suffering from a lack of workforce. The rise of automated farming is an attempt to solve these problems by using robotics and advanced sensing.

Nurseries are where seeds are grown into young plants, which are later planted outside. Nursery plants are often sold direct to consumers and landscape gardeners, but they are also the start of the food journey for some crops.

There is a rising need for nursery automation. Companies like HETO Agrotechnics and Harvest Automation (who we introduced in a previous post) provide automation solutions for seeding, potting and warehousing living plants in greenhouses.

Many food plants begin life as seeds in a field. The traditional method for sewing seeds is to scatter them using a "broadcast spreader" attached to a tractor. This throws many seeds around the field while the tractor drives at a steady pace. It is not a very efficient method of planting as it can waste seeds.

Autonomous precision seeding combines robotics with geomapping. A map is generated which shows the soil properties (quality, density, etc) at every point in the field. The tractor, with robotic seeding attachment, then places the seeds at precise locations and depths so that each has the best chance of growing. Monitoring huge fields of crop is a big job. New sensor and geomapping technologies are allowing farmers to get a much higher level of data about their crops than they have in the past. Ground robots and drones provide a way to collect this data autonomously.

Drone companies like PrecisionHawk offer farmers combined packages which include robotic hardware and analysis software. The farmer can then move the drone to the field, initiate the software via a tablet or smartphone, and view the collected crop data in real time.

Ground based robots, like BoniRob, provide even more detailed monitoring as they are able to get closer to the crops. Some can also be used for other tasks like weeding and fertilizing.

Irrigating and fertilizing crops has traditionally used a lot of water is quite inefficient. Robot-Assisted Precision Irrigation can reduce wasted water by targeting specific plants. Ground robots autonomously navigate between rows of crop and pour water directly at the base of each plant.

Robots also have an advantage as they are able to access areas where other machines cannot. For example, corn growers face a problem that the plants grow too quickly to reliably fertilize them. Rowbot aims to solve this problem as it easily drives between the rows of corn and targets nitrogen fertilizer directly at the base of each plant.

Spraying pesticides and weed killers onto fields is not only wasteful, it can severely harm the environment. Robots provide a much more efficient method.

The concept of micro-spraying could significantly reduce the amount of herbicide used in crop growing. Micro-spraying robots use computer vision technology to detect weeds and then spray a targeted drop of herbicide onto them. AG BOT II is a solar powered robot which uses this technique.

Some weeding robots don't even need to use chemicals. RoboCrop, for example, uses computer vision to detect plants as it is pushed by a tractor. It then automatically hoes the spaces between plants to uproot the weeds. Other weeding robots use lasers to kill the weeds.

Thinning involves reducing the density of plants so that each has a better chance of growing. Pruning involves cutting back parts of plants to improve their growth.

The LettuceBot thinning robot received an award this year for "outstanding product innovation in agriculture." It uses computer vision to detect lettuce plants as it drives over them and decides in that moment which plants to keep and which to remove.

Pruning is a complex job and the most notable attempts to automate it have come in the wine industry. Wall-Ye is an autonomous vineyard robot able to prune grape vines. The company has also developed a blueberry pruning robot.

Several of the robots I've mentioned are attachments to a tractor. As humans usually drive the tractors, the robots are designed to adapt to the speed that the human is driving. However, fully-autonomous tractors are also becoming popular.

The IDTechEx Agricultural Robots report found that more than 300 thousand tractors with autonomous functionality were sold in 2016. There is also a rising trend for follow-the-leader autonomy, where tractors autonomously follow human-driven combine harvesters to collect the grain. Harvesting crops such as corn, barley and wheat is quite simple. It can be done with an combine harvester, which can be automated just like a tractor. However, other crops, like soft fruits, are more difficult to harvest as they require manual dexterity.

Although most agricultural robots are currently applied in crop growing, there have been a few emerging applications within sheep and cattle farming. Farmers in both New Zealand and Ireland have been seen using drones to round up their sheep over long, difficult terrain.

Various examples of remote-controlled, cattle-herding drones can also be found on YouTube. This could be a lower cost alternative to the expensive helicopters which Australian ranchers use currently.

Finally, we have seen a great development using collaborative robots to help in the milking process on dairy farms. This case study by Universal Robots shows how a UR5 can be used to spray disinfectant on the cow's udders in preparation for milking.

It seems certain that robotics will continue to revolutionize agriculture and change the way that we think about producing food.For a list of even more agricultural robots, check out these articles at Robotics Business Review, The Robot Report and IntoRobotics.

What are your favorite applications in robotic agriculture? Tell us in the comments below or join the discussion on LinkedIn, Twitter, Facebook or the DoF professional robotics community. 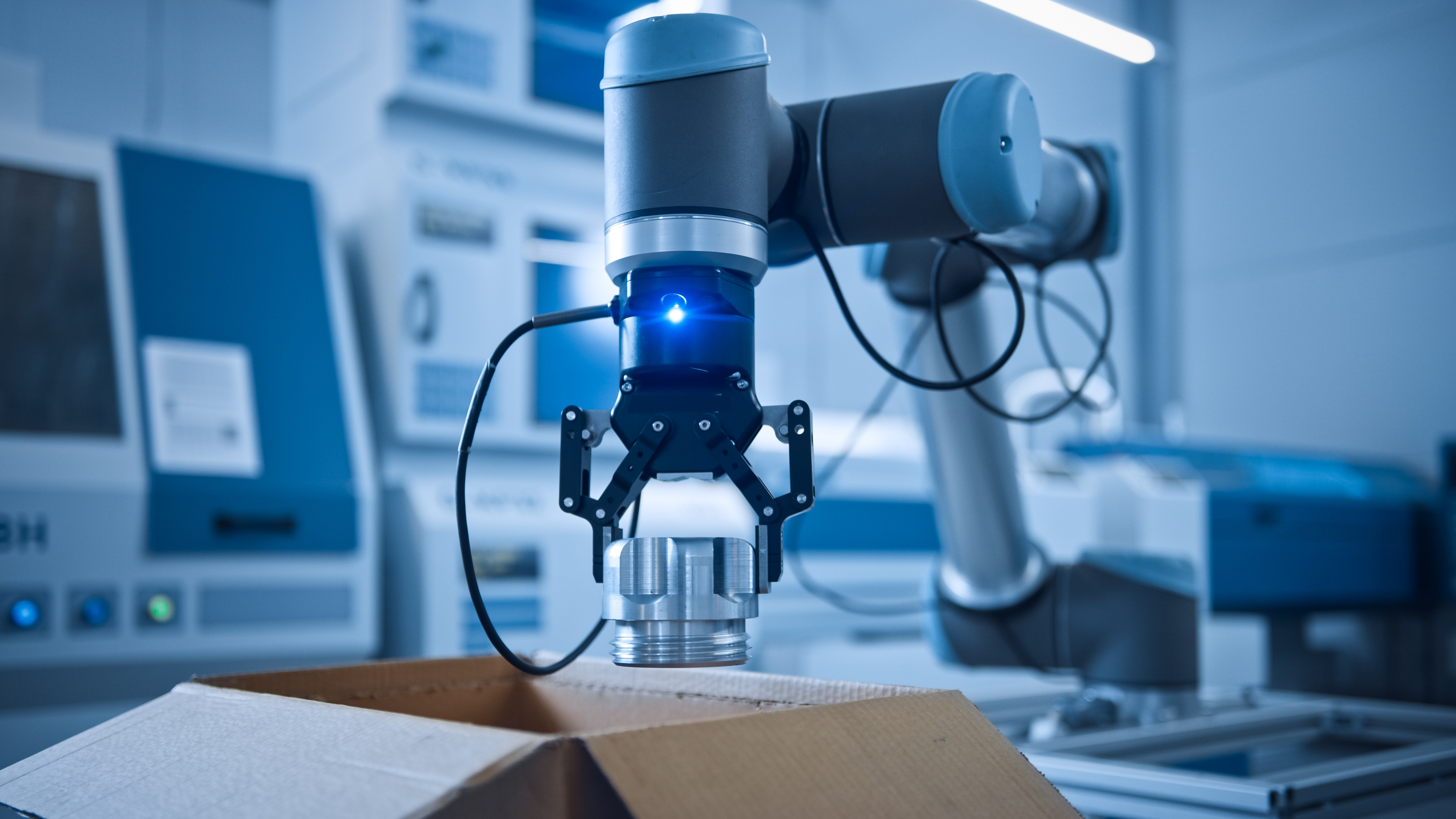 Cobots vs Robots: The Ultimate Showdown

Welcome to the ultimate showdown between cobots and robots!

For decades, conventional industrial robots have ruled the...