Does Reality Outstrip Fiction When it Comes to Robots?

Working in a robotic company sometimes makes me realize some strange stuff. In fact, working alongside robots and designing robotic devices often reminds me of how reality is quickly catching up to fiction. When I was speaking with my 'non-robotic' friends, I quickly realize that we can easily compare the robot on the market with robot from the Star Wars movies.

The robots presented in the Star Wars movies were pretty unrealistic a couple of decades ago, but reality is now catching up to those movie classics. Robots are now designed for the exact same task that they where imagined for in the movies, but with a more realistic present day or should I say futuristic look. 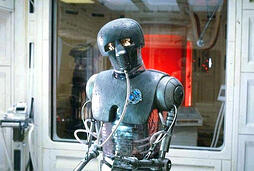 This type of robot (2-1B) were used because of their ability to store, remember and execute a very wide range of medical operations. From analysis to different types of treatments, those robot where equipped with sensors and modular arms to execute various task.

Nowadays, this type of robots actually exists. They are not as autonomous as Star Wars is presenting them, but they can perform super delicate operations without added risk for humans. Robots have been used for surgery for a couple of years now. Although, a new application is becoming even more popular; robotic physiotherapist. In fact, with various sensors, the robot recreates the human body in 3D and can analyze where the pain is and treat it with either thermotherapy, vacuum therapy, hot air therapy, electrotherapy or laser therapy. The robot is looking less like a droid and is lot less creepy than the Star Wars version. 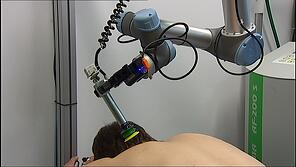 These droids were used in exploration and scouting roles, providing a cheap yet effective mobile sensor platform. With various vision systems and (fragile) arms, they were capable of monitoring and relating information back to their users.

Nowadays, depending on the application, a lot of different exploration robots exist. With the constant rising popularity of drones, exploration is getting easier. In fact, for a very low price, you can put a camera on a drone and command it at distance and be able to record what your drone sees. A lot of movies and even live television is now recorded using these kinds of robots.

Some more industrial applications use rolling robot modulus to monitor different aspects of a factory or plant facility. For example leak detection and reaction to different emergency situations in a refinery.

However, to get really close to the Star Wars movies, you need to go into research labs. In fact, some labs are developing mobile robots. These robots can perform different handling task and move away using their propellers. For the moment these are still in the testing stages, but they could probably be used for military or rescue purposes anytime soon. This robot seems a lot more realistic than a scout droid and seriously, what is the payload of those tiny arms?

The labor droids or ''pit droids'' where used to perform different tasks. In fact, they were helping Anakin doing some maintenance on his Podracer. They were handling various parts around the junk yards and were very useful for other diverse tasks. With their more than predominant vision system they can see their environment. They also were equipped with ''danger'' sensors. When they were in danger, they would immediately shrivel themselves to avoid any other damage.

Nowadays, robots are doing the exact same tasks. They are quite a bit more bulky though. In fact, the George Lucas design was quite fragile for robots that were doing such tasks. Robots like Baxter from Rethink Robotics are doing pretty much the same tasks as these droids. With vision sensors, impact sensors and learning abilities, the robot can monitor its environment and execute tasks accordingly. The robot is also safe for working alongside humans since the impact sensor in its arms will stop the robot if it feels any external forces. 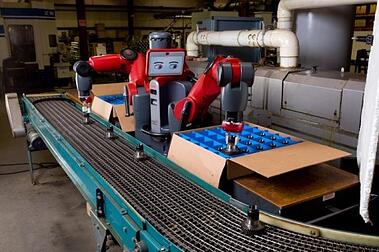 Pilot droids were well-suited for piloting for several reasons: they could be programmed with detailed schematics of a ship, they would not panic when under enemy attacks and they could execute precision attack plans... and, because of their close integration with the ship's computers, they could monitor and repair damage to the ship more effectively than a regular pilot. Because of their expendability, droid pilots did not require escape pods or other life support systems, saving cost and complexity on the ships they flew.

Now with automated flight control in aircraft, there is no need for the addition of robots in the cockpit. As this technology has proven over the years, though there are still humans interacting with the aircraft for take off and landings on commercial flights, for some aircraft even this is not necessary. The new big thing in the automation industry is really automated cars though. This technology is growing at a very fast pace. Car constructors are asking for more patents in that direction. We will probably see a wave of automated cars, or, driverless cars sometime soon. With Google leading the movement, we can expect other big companies to launch their own automated models when laws will allow automated cars to drive on their own. 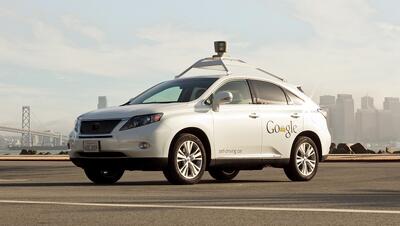 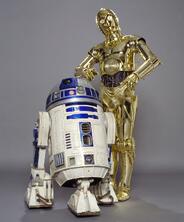 These guys are pretty unique and even if I tried to have a comparison with actual robots, I couldn't find one. I guess it will takes another couple of decades to be able to find something that will equal the level of awesomeness of these guys.

Well, does reality outstrip fiction? I still don't know, however we are not that far behind. With major investments from different automation companies, there is still a lot of work left to develop the next generation of droids. With robots and robotic devices getting more reliable and adept from year to year, it wouldn't be surprising to see major steps up in automation over the next couple of years. With projects such as the DARPA Robotics Challenge, the robotic world will definitively be part of our galaxy.

Don't forget to subscribe to our blog to get more information on robotic news and innovations.