15 Assembly Types: Which to Automate and Which to Avoid

How many different types of assembly tasks are there? And which should you automate?

Assembly is one of the most common categories of tasks that manufacturers choose to automate with robots.

If you're looking to automate an assembly task in your production line, there are a lot of options you could choose from.

Let's look at 15 common assembly tasks. We'll examine which are easy to automate with a robot and which can be trickier. 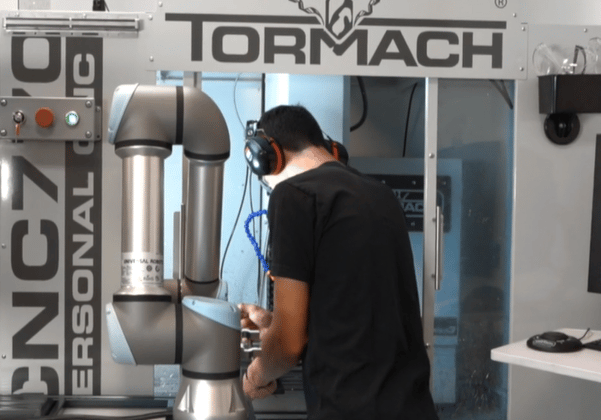 What are the broad types of manufacturing tasks?

There are dozens of different assembly processes in manufacturing. Many of these processes are possible to automate with a robot.

You can think of there being 2 broad types of tasks in manufacturing:

In this article, we're focusing on the second of these.

The 2 types of assembly task

You can also think of there as being 2 categories of assembly tasks:

You can automate both types of assembly tasks with a robot.

Here are 15 common assembly tasks that might want to automate. Some are easy to automate with a robot while others are slightly harder.

Adhesive bonding involves joining two surfaces together with a chemical agent to create a strong bond. The most common example of this is gluing.

As a simple dispensing task, it's quite easy to automate adhesive bonding with a robot.

Bolting is one of the most common joining methods in manufacturing. It involves screwing a nut and bolt together. The two main types of bolted joints are tension joints and shear joints.

Robotic bolting can be simple (as simple as screwdriving) or more complex if the nut is unfixed.

Brazing is a process for permanently joining two pieces of metal together. Using a high-temperature flame, you melt a filler metal to fill the join between the two pieces.

Robotic brazing is certainly possible. Like welding, it requires a specialist setup.

Cable ties are a quick and easily-reversible method for joining two items together. They are commonly used to join cables and tubes.

The trickiest part of cable tying with a robot is inserting the end initially. One solution could be to use an automatic cable tie gun as an end effector.

Clinching is a method for joining sheet metal without welding or fasteners. It involves mechanically deforming the metal together to form a strong joint.

Robotic clinching is certainly possible. However, it tends to require large industrial robots and custom tooling.

Crimping, like clinching, involves joining two or more materials by deforming them. A common example is wire crimping to join a wire to a connector.

Crimping end effectors for robots are not yet widespread, but there are many automatic crimping tools that you could integrate with a robot.

Inserting is perhaps the first operation you think of when you think about "assembly." It simply involves pushing one part into another to create a mechanical fit.

It's very easy to automate insertion tasks with robots, especially if you use programming features like Spiral Search. 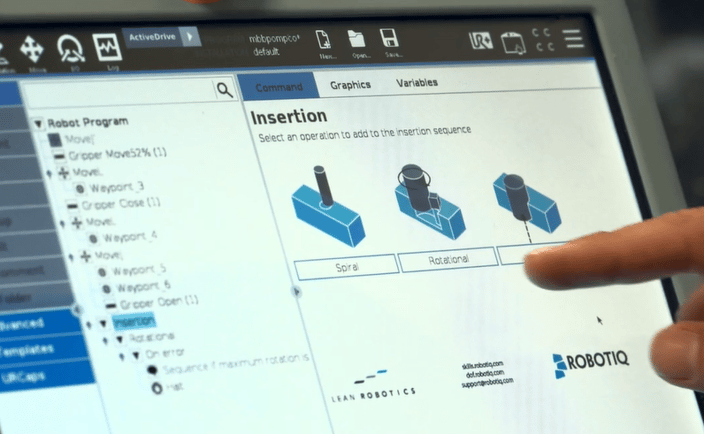 Knots are a way to join rope and other cords together. It is one of the easiest joining methods for us humans to perform.

Tying knots with robots is a very complex task and is the topic of much ongoing research.

Sometimes, we want to create an assembly join that is easy to reverse and reattach many times. For this, magnet fastening is one of the most common joining methods.

How easy it is to automate your particular magnet fastening task with a robot depends on the specific task.

What's the most interesting assembly task? It's riveting.

Jokes aside, riveting is a common and highly-effective mechanical joining method. It involves driving a metal rivet into two pieces of material and deforming the rivet to create a strong connection.

Robotic riveting is possible with a special riveting end effector.

Screwdriving is one of the most commonly automated assembly tasks.

The robot picks up a screw from an automated screw feeder. It then drives the screw into the workpiece using a screwdriving end effector.

With an off-the-shelf Robotic Screwdriving Solution, you can quickly and easily deploy your own screwdriving robot. 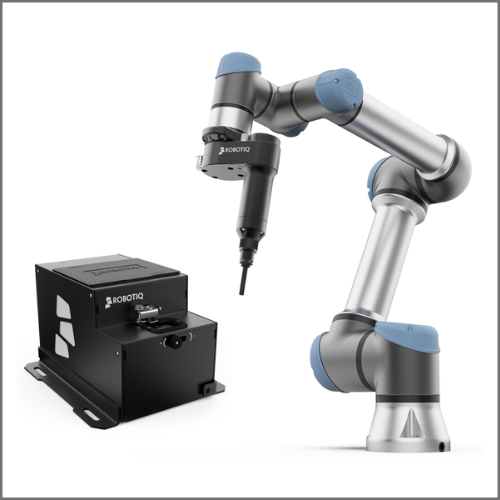 Soldering is used in electronics manufacturing to fix components to circuit boards. A hot soldering iron is held to the metal contacts and solder is melted onto them.

Staking involves connecting two components with an interference fit. A metal or plastic "boss" is inserted into a hole. Then, a high force or ultrasound is applied to deform the boss, fixing it firmly into the hole.

There are a few robotic staking solutions, including those using ultrasonic staking.

Welding involves applying heat, pressure, or both, to two metal parts. Solder is then applied to fuse the two metals. It differs from brazing in that the heat is much higher.

Robotic welding is a highly effective application for manufacturers. It offers various compelling benefits over manual welding, including better consistency, less post-weld clean-up, and more efficient use of materials.

Designing for assembly automation: Which to automate

Of all these 15 assembly operations (and any more you might think of)… which should you automate with a robot in your facility?

The basic rule is to pick a task that is:

Say that you choose robotic screwdriving— a very common task to automate. You can then look for examples of other manufacturers who have also automated this task with a robot to learn how they did it.

Which assembly task will you automate first? Tell us in the comments below or join the discussion on LinkedIn, Twitter, Facebook, or the DoF professional robotics community. In the last couple of years, robots have been given a lot more senses than they used to have. Beginning with vision using...