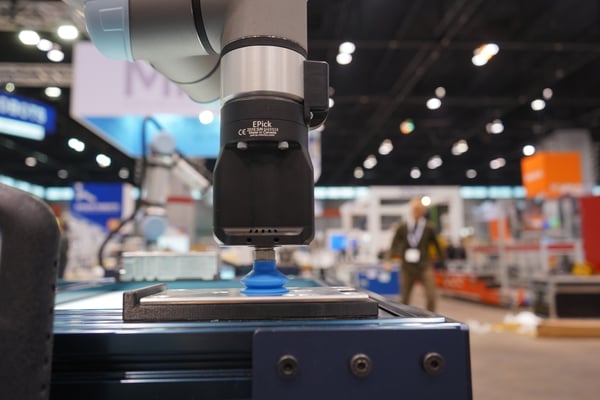 Say bonjour to AirPick and EPick the newest products from the creators of the world's best-selling grippers!

Researchers from the Massachusetts Institute of Technology (MIT) and Harvard University recently announced a new robot gripper that they've been developing. It's a vacuum-based gripper but with a difference…

But first… why do researchers build these unusual grippers at all?

Why unusual grippers are useful

Every few years, a new "unusual" robot gripper appears in the robotics news, usually the result of some new research. At first, these developments might seem frivolous. Just a way to develop a new headline-grabbing gripper which will grab people's attention (and there may be a grain of truth in that).

However, sometimes these new technologies change the way that we think about robot gripping at a fundamental level. As we'll see, many are inspired by nature and biology and bring brand new gripping strategies to the world of robotics. Some — like the coffee granule gripper — are so popular, they inspire roboticists all over the world to make their own versions of the gripper. 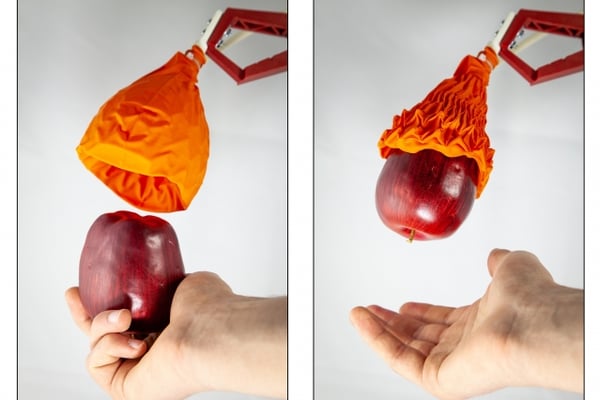 This year's "rock star" vacuum gripper is the development I've already mentioned from MIT and Harvard. The unusual thing about this gripper is that was inspired by origami and looks a bit like a Venus flytrap plant — or so says the MIT News, myself I think it looks like a flower.

The gripper underwent 3 different prototypes before the team arrived at the final design. It was made by 3D printing a cast out of ABS plastic, which was then filled with silicone rubber. At the core of the gripper is a flexible "skeleton" which is covered in the silicone skin.

When the vacuum is activated, the air is sucked out of the gripper's skin. This distorts its shape around the object, providing a strong lifting force without squeezing the object too much. As a result, the gripper is well suited to lifting soft, irregularly shaped items such as fruit.

I first encountered Festo back in 2010 when I saw a video of their Air-Ray balloon, modeled on a Manta Ray fish, flying through the air. Since then, I've been intrigued again and again by the air-based robotic technologies that Festo has released.

Festo's TentacleGripper is another example of an unusual vacuum gripper which turned robotic gripping on its head when it slithered onto the scene in 2017. Made of soft silicone, the gripper can wrap around the shape of objects and suck itself onto them in a manner that mimics an octopus tentacle.

This gripper uses its vacuum technology in two distinct ways:

Another sea-creature-inspired vacuum gripper was announced in 2011. This starfish-like gripper was the work of Prof. George Whitesides from Harvard University, who is a strong proponent of soft robotics.

Made from soft polymer rubber, the gripper is sort of the opposite of a vacuum. Instead of sucking the air out of the gripper, it uses pneumatics to inflate air sacks inside the gripper's fingers. This causes the fingers to bend their shape around the object, providing an evenly-distributed force without crushing the object.

Since then, Prof. Whitesides and his research group have gone on to further remove hard components from robotic gripping. Last year they produced soft valves which allow the entire gripping mechanism to be made from soft components.

Here's a very interesting one. In 2018, researchers from Saarland University in Germany announced that they had created a vacuum gripper that doesn't need compressed air or a vacuum generator!

The gripper works using a shape memory alloy, a type of flexible metal which returns to its original shape when an electrical pulse is passed across it. The researchers used this material property to provide a new way to generate a vacuum.

The researchers describe their mechanism as "artificial muscles." 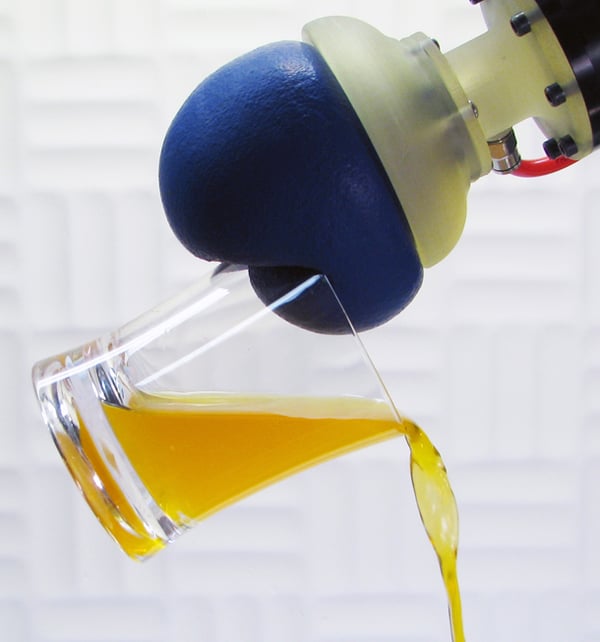 Universal robotic gripper based on the jamming of granular material / Source : Cornell University

Possibly the most popular unusual vacuum gripper of the last decade is the balloon and coffee gripper.

This gripper design burst onto the scene in 2012, when researchers at Cornell University announced their Universal Jamming Gripper — "universal" because it can pick up pretty much any oddly shaped object.

The gripper is made of granular material inside a flexible rubber skin. When the vacuum is applied, the granules jam into position, which grasps them tightly around the contours of the object.

The design has been very popular among hobbyists because it is so easy to make at home. You simply need to fill a rubber balloon with coffee grounds and attach it to a plastic funnel. Tutorials to make your own universal gripper can be found from Make: magazine, which uses a vacuum cleaner to provide the suction, or from Instructables, which uses a syringe for the suction.

What if you just want a reliable vacuum gripper?

These unusual vacuum grippers are certainly fun. They can change the way we think about gripping. They provide new gripping strategies which allow us to pick up even more objects using vacuum grippers.

However, although it's interesting to see these unusual grippers, most of us don't need them for our own applications.

For most of us, we just need an easy-to-use, reliable vacuum gripper which integrates seamlessly with our robots. Thankfully, there are some great solutions for vacuum grippers.

What do you need from a vacuum gripper? Tell us in the comments below or join the discussion on LinkedIn, Twitter, Facebook or the DoF professional robotics community. 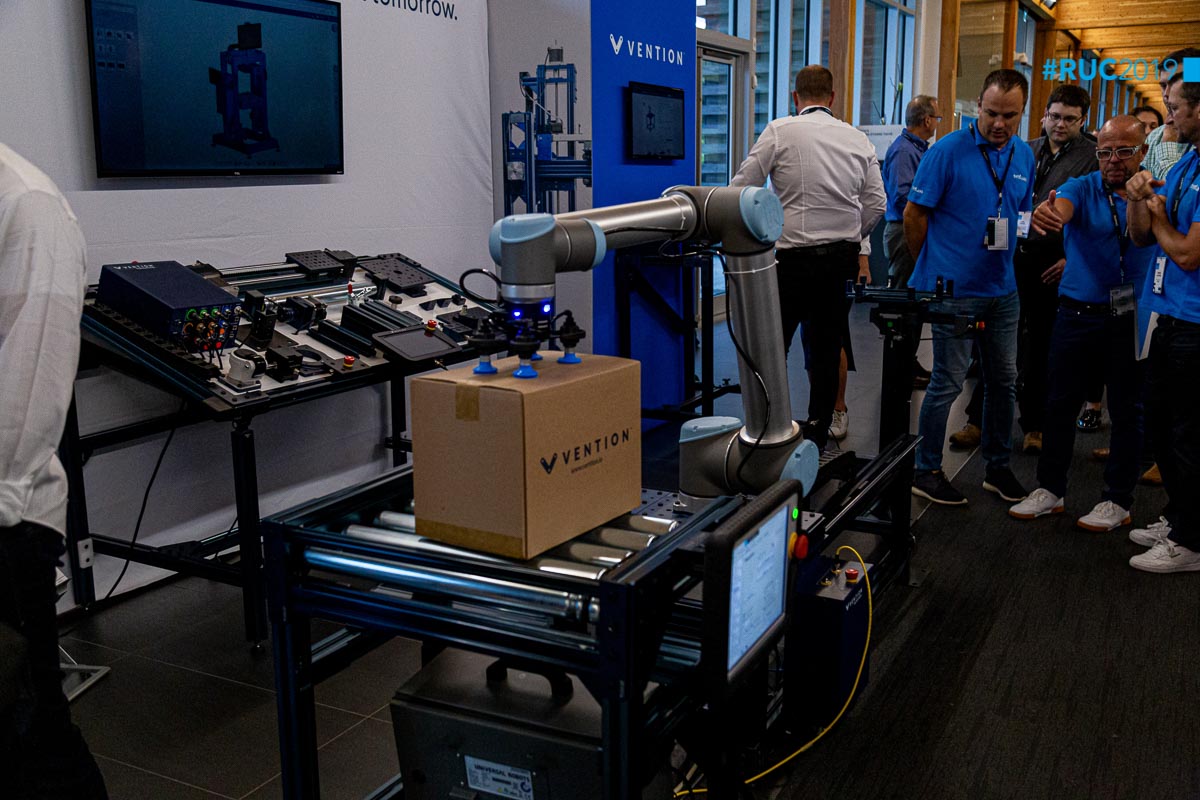 How to Future-Proof Your Packing or Palletizing Task

Robotic packing can transform your end-of-line. But, you don't want your investment to go out of date too fast, do you? Here's... 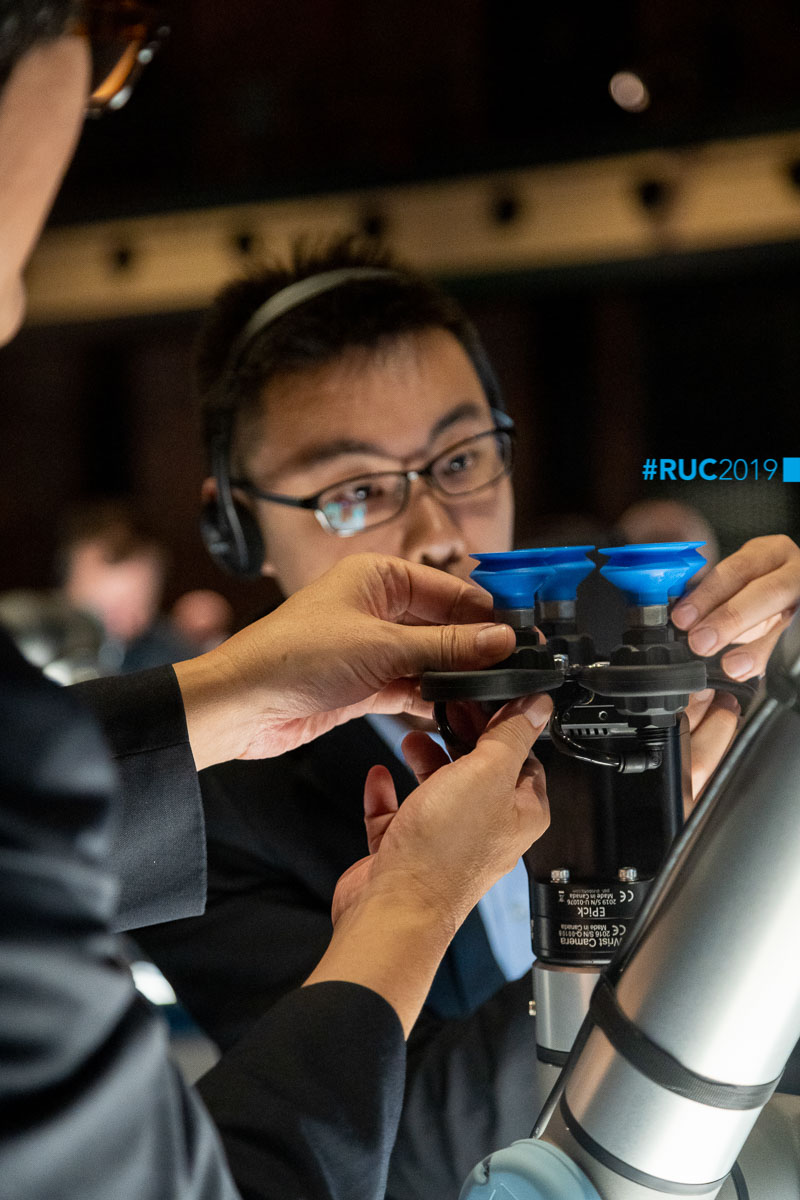 What Are the Best Types of Cups for Your Workpiece?

From packaging to machine tending to assembly, a growing number of boring, repetitive tasks are now automated by robots so that...

By Romy A Letourneau - October 24, 2019
END_OF_DOCUMENT_TOKEN_TO_BE_REPLACED