With cobots on the rise, 2019 was a year for new research projects about human-robot collaboration. Here's what the future holds for human-robot teams. 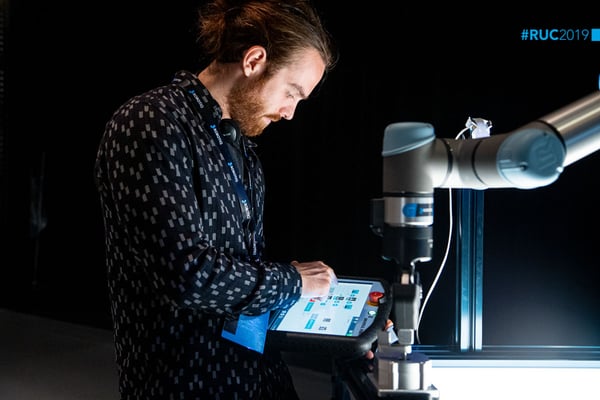 According to a report published in September 2019, demand for collaborative robots continues to rise, with a 23% increase of cobot installations compared to 2018.

With more and more cobots being used in businesses, it seems likely that true human-robot collaboration is just on the horizon. Carnegie Mellon's Changliu Liu talked about this when we interviewed her back in July. She said, "I've been fascinated by the idea of robots with human-like intelligence that can function as true colleagues."

But, more research needs to be done before we can treat robots as "true colleagues" in the sense that we work together on the same task. 2019 saw several new research projects and publications which investigated how humans and robots can collaborate more effectively together on shared tasks.

1. The future of robots in the workplace

A significant funding grant was won by Worcester Polytechnic Institute into human-robot teams. The project, announced in the Robot Report in October 2019, will aim to train 120 Masters and Ph.D. students in interdisciplinary research into the wider implications of human-robot interaction in the workplace.

As Cagdas Onal, the principal investigator of the project, explained “In our discussions, we talked about the impact [of robots in the workplace] and what this means for the future of how we work. For example, if the worker isn’t there physically, are they actually responsible for the actions of this robot? Could they still find meaning in their job? There are so many different aspects to consider.”

Many robotic research projects focus entirely on the robotic technology but pay little attention to the wider sociological factors. By comparison, this new project seeks to incorporate social factors, decision making, ethics, and economics into the research. If the project manages to achieve this, the research outputs could become a valuable resource for information about human-robot teams.

2. The safety of collaborative robots in industry 4.0

The research, published in the book Occupational and Environmental Safety and Health, comes from researchers in the United Kingdom, Portugal, and Chile. It was carried out by a diverse group of researchers with backgrounds in posture and ergonomics, computer science, and robotics.

Ergonomics is an often ignored safety aspect of collaborative robots —as we have discussed before — so including the expertise of academics working in the ergonomics field is a great way to ensure the research is coming from a solid theoretical foundation.

The layout of your workspace can have a huge effect on the quality of your work. This is also true when you have a robot and human working together on a team. A well organized, efficient robot workspace can improve productivity and reduce error.

Researchers from the Chalmers University of Technology and the Tecnológico de Monterrey published a paper in September 2019 which looked at strategies for implementing better workspaces for human-robot interaction.

The researchers looked at workspaces by using 5 "design criteria":

With these criteria they then proposed using a visual brainstorming approach called the "Lotus Blossom Technique" to compare different strategies for workspace layout. The final stage of their proposed process is to identify good KPIs for measuring the quality of the designed layout, which we at Robotiq certainly agree is a good strategy.

Even with a workspace that has been specifically designed for human-robot collaboration, there is still a question of whether or not the task is suitable for collaboration. This is where the concept of "fluency" comes in.

Imagine you are carrying out a shared task with a (human) colleague — e.g. an assembly task where both of you have to add separate parts to the assembly. If the task is going well, you and your colleague will both work seamlessly around each other. Neither of you will be waiting for the other to finish their current assembly step. You will work consistently without feeling rushed. This is "fluency."

A research study from IEEE member Guy Hoffman, published in April 2019, explained fluency as "the coordinated meshing of joint activities between members of a well-synchronized team"

The research proposed a method to ensure that fluency is achieved in human-robot teams. This involved minimizing "turn taking" by managing the following factors:

Another research study on the same topic, from September 2019, came from a team at Cornell University which presented the MAD-TN tool for measuring fluency.

5. How to manage workload in a collaborative team

A final concern for human-robot teams was addressed in a publication from May 2019. Researchers from the Universities of Vanderbilt, Kansas, and Oregon State looked at how we can manage human workload in collaborative teams.

Robots can work 24 hours a day with no breaks. Humans cannot. Even for short shared tasks, it is possible that the human worker could become overloaded if their robot partner is working too hard.

The researchers used 7 physical metrics to monitor the workload of human workers, which were:

With these, they were able to monitor the effect on human workers when their workload was increased. This can allow us to design optimal human-robot tasks.

Clearly, there are a lot of factors to consider when we start to introduce true human-robot collaboration into our workflow!

Until human-robot collaboration arrives, however, collaborative robots remain a great tool for improving productivity, even if they are performing the tasks on their own.

What thoughts have you about any of these research studies? Tell us in the comments below or join the discussion on LinkedIn, Twitter, Facebook or the DoF professional robotics community.