15 “Facts” About Robot Integration Everyone Thinks Are True

Integration is super hard, right? You need a professional integrator, years of robotics experience, lots of time… Nope! In fact, these common beliefs are all fiction.

There are a lot of misperceptions about robots.

Some of these myths are so common that we've covered them many times before (e.g. robots steal jobs, robots will kill us all, etc.). These are the kinds of myths that may mislead the general public, but which those of us with engineering experience know are untrue.

However, there are some misguided “facts” that even engineers and business owners can fall for.

They usually have to do with robot integration, and they've led many people to mistakenly believe robotics is not for them.

Here are 15 of the most pervasive “facts” that prevent intelligent people like you from fully benefitting from robotics. 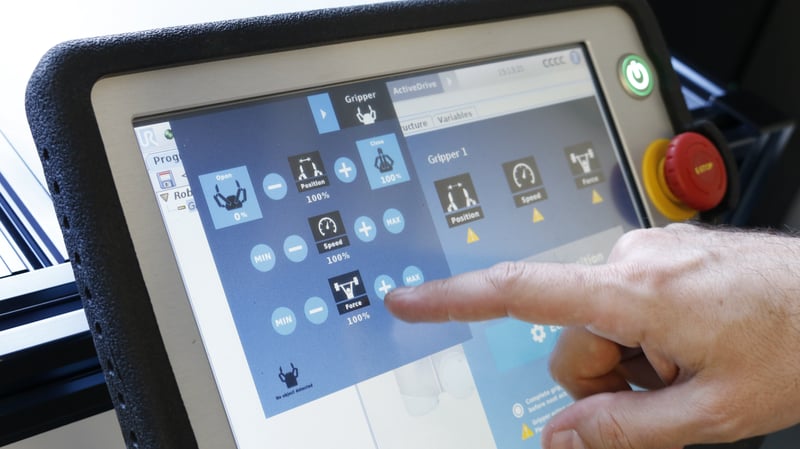 This makes sense, right? You need to hire an external robot integrator to integrate your robot.

This may have been true in the past, when robot integration was a complex task requiring years of programming experience. And even today, some specific cases do still require integrators.

However, for many applications, you can get started with robotics – especially collaborative robots – without any external integrator at all.

Nope! We've observed countless professionals with no prior robotics experience who were able to integrate robots without problems.

Take engineer Victor Canton, from our case study on Continental in Spain, for example. Even with no experience in robotics, he was able to integrate a robot for his company's Quality Testing task.

3. Robots are only suitable for mass production

This pervasive myth originates from an idea that is now solidly outdated. From the 1960s (when the first industrial robot was built) to the 1990s, robots were designed to be tools of mass production. They were only used in things like the automotive industry, where the high-volume, low-mix environment was a perfect fit for the inflexible industrial robots of the time.

These days, though, robots are just as suitable to low-volume, high-mix environments as they are to mass production.

People often think robots need to have vision sensors because we humans need our eyes to see what we're doing. However, this is not necessarily the case.

Many tasks don't require vision, and as a result, integration for these tasks is very simple. Robot vision can make integration harder than it needs to be – even if you do choose easy-to-use vision sensors.

Despite what many people think, there's no inherent reason why robot integration should take a long time. This misperception stems from the fact that traditional industrial robotic integration was a very complex and time-consuming affair.

At Robotiq, we are committed to helping people get robots up and running quickly. We've seen people set up the bare bones of a robot application within just a few hours.

The cost of integration has been falling for the past decade or so. Integration is now much more cost-effective for all robots, including industrial ones, which are much more expensive to integrate than collaborative robots.

Robots can be incredibly complicated machines. However, it's no longer the case that their integration must be complex.

Even if you've never used a robot before, integration can be very simple. As production employee Sabrina Thompson said (in our  Scott Fetzer group case study), "If you can work a smartphone, you can work a robot." Robot programming is much easier than it used to be.

One concern we often hear is "We can't integrate a robot because we don't want to change our process."

This is a common fear: people think robots will cause a major upheaval and require the production layout to be changed.

In reality, though, you can usually slot a robot into a small space in an existing work cell without changing the rest of the process at all.

9. Robots need a lot of technology

Sensors, security fences, controller add-ons, advanced fasteners and fixings, part positioners… The list of robot accessories can seem endless. When many people think of a robotic cell, they imagine it with lots of added technology. This may be because we've seen so many images and videos of industrial robots kitted out with all the technological extras.

However, you can actually get a robot running with nothing more than the robot itself, a gripper, and a controller. Simple!

10. Robots are only for new tasks

People sometimes think that robots are only suited to taking on new tasks in their business. They can't imagine how a robot could be used for their current manual tasks, so they assume they should just wait to automate until after they've scaled up their business and designed new processes.

In fact, manual tasks are often the best tasks to automate. Once you've identified a suitable application, it's much quicker and easier to automate an existing task than it is to create a new application from scratch.

11. Robots are too dangerous to integrate

For some people, safety is the number one reason why they think they can't integrate a robot themselves. They worry they might inadvertently create a dangerous robotic cell.

With traditional industrial robots, safety was (and is) always a huge concern. However, with collaborative robots, many safety features are built in. You do have to be careful, of course, but the risk of catastrophe is much lower.

12. Safety standards are too complex

Although collaborative robots are inherently safe, they still need a risk assessment. Some people are put off by this, thinking that they will have to learn boring details about robotic safety standards in order to integrate their own robots.

Fortunately, cobot safety standards are actually quite straightforward. Download our eBook, How to Perform a Risk Assessment for Collaborative Robots, for a practical guide to the essential safety standards.

13. Frequent changeovers are a no-go

A lot of the companies we hear from think they can't integrate a robot into their process because they have too many changeovers. They think robots are only useful for long production runs. However, workplaces with a high number of changeovers can benefit greatly from adding a robot. The trick is to pick the right robot gripper and tooling.

Sometimes people can only think of one or two potential applications for robots, so they assume robots have limited use. For example, they might only be able to think of welding or painting, because these are classic examples of traditional industrial robotic tasks.

In reality, there are too many potential uses of robots for us to count! We're still amazed by the new applications people come up with when they first start using collaborative robots.

15. Getting started with robots is hard

Perhaps the most pervasive myth is that it's hard to start using robots.

In fact, today it's easier than ever to start using a robot with almost no training at all. You can integrate your own robots quickly with no previous experience.

At Robotiq, we're committed to helping you get started with robotics.

Got a task you're thinking about automating? Tell us about it and we'll help you out.