Artificial Intelligence, machine learning and modern automation are poised to change the world – not just because they're transformative by themselves, but also because of the various platforms and improvements they bring with them.

Big data, cloud computing, and data analytics, for example, will be handled differently thanks to modern AI tools. Full automation will be possible, with more efficient and accurate insights pulled from data collections than ever before.

AI and automation will also spruce up the robotics industry. Whereas in the past, robotics were simpler and used for incredibly repetitive tasks, they will now be capable of much more.

Imagine smart robots that can travel throughout entire warehouses, finding and selecting items for fulfillment without any human oversight.

That’s exactly the future we're headed towards (if we’re not already there). Many companies like Amazon, Best Buy, Adidas and Lowes already experiment with deploying modern robotics to help with these tasks.

The most promising mesh of these technologies comes from collaborative robots, or cobots, which are meant to work alongside humans to help them complete various tasks. 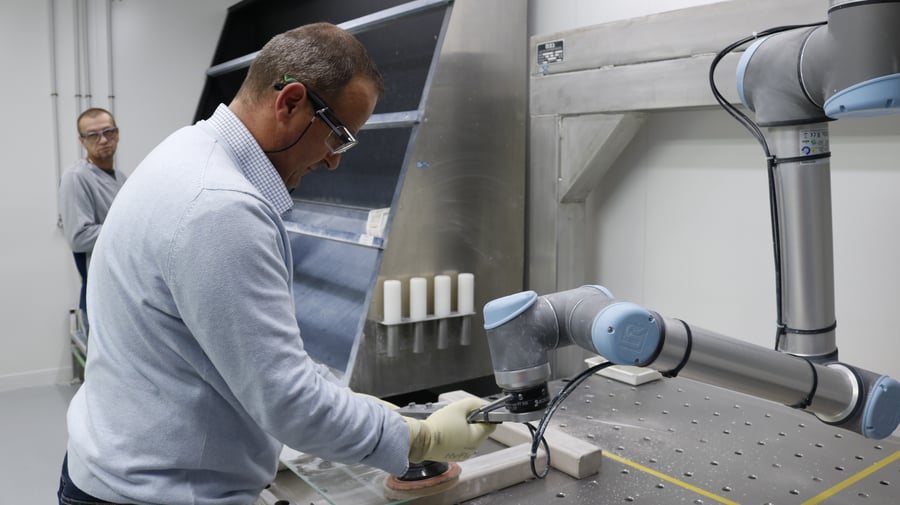 To give you some perspective on how much these new technologies will change our lives – and many industries – here are 10 key statistics about the current robotics market:

This means AI is on the rise, and adoption is growing rapidly. AI factors right into modern robotics and cobots because it’s what drives them.

The primary focus of that growth will be on collaborative, assisting platforms rather than traditional automated machinery.

This is despite the fact that collaborative robots only represented 3% of all industrial robots sold in 2016. You can see how growth over the next few years will be tremendous, as companies realize the true potential of modern robotics.

By now, we know growth is happening, but this statistic highlights that it’s happening quickly. This rapid pace has also sparked fears that robots and automation systems will take over our jobs. While it’s true that robots may hold nearly 40% of all American jobs by the early 2030s, there are things we can do to prepare for this possibility.

Growth in the robotics and collaborative robotics market also contributes to growth in the demand for labor. You need people to work alongside these systems, and you also need workers dedicated to maintenance, development, and operations.

While almost every statistic here talks about the general growth of AI, robotics, and cobot units sold, this one reveals how much of an impact the technology is poised to have. Over 40,000 robots will enter industry. Not only will they drive the improvement of traditional business processes, but it’s likely they will present applications we have yet to discover, as well.

Locusbots will work alongside human companions to find, collect, and process items for shipment. They will also make regular operations much faster and easier for their human counterparts, with less time and energy required of the latter.

Similar setups will be incredibly beneficial in large plants or expansive properties, as human workers won’t have to travel or search so hard for various items. Some industrial parks span more than 2 million square feet. Can you imagine searching a property of that size for a single product, with little to no help from analytics tools and cobots? It would take forever.

Cobots can also lower operating costs and expenses for many other organizations. Amazon, for example, has outfitted their warehouses and fulfillment centers with smart robots and components to help personnel do their work faster and better.

Similar cost savings can be tapped by nearly any organization or team willing to adopt the technology. More importantly, the robots in question can take on dangerous or repetitive jobs that no one else wants to do.

The automated systems handle tasks that humans don’t want, or that are dangerous for them to perform regularly. In a way, they’re used to improve the quality of life for most workers and personnel, especially at major factories and plants like the ones Foxconn operates.

Modern robotics have a huge impact outside of their standard manufacturing, development, and operations circles. Lately their influence has crossed over into other industries such as healthcare, customer service, marketing, and retail.