Can a robot really help you multitask? Well, yes, but not if you listen to the latest research into brain-controlled robots. There's a much better way to do two tasks at once.

Since I started in robotics over a decade ago, I've read a lot of research studies about robots. I've noticed that researchers and journalists draw conclusions that I find unrealistic at times.

Take this recent study from researchers in Kyoto, Japan. It ostensibly shows that a brain-controlled robot arm can be used to achieve multitasking. If you work in an industrial environment, you may, like me, be suspicious of this claim. To me, "multitasking" suggests reduced productivity.

In this article, I'll introduce you to the new research on robotic multitasking. I'll then explain how you can really use a robot to multitask effectively and improve the productivity of your operations.

I first read about the study in this recent article in the New Scientist. In the experiment, researchers used a brain-machine interface (BMI), which allows your thoughts to control a computer, to operate a robotic arm. Participants used the BMI to make the robot lift and replace a bottle on a table. At the same time, the participants were asked to roll a ball around the table with their hand.

Basically, the experiment was the robotic equivalent of tapping your head with one hand while rubbing your stomach with the other.

As a piece of research on BMIs, the study is certainly interesting. However, I was a bit dubious of the article's claim that the system "could be used for people who work in factories" to do two tasks at the same time.

If you've ever tried to multitask when working on something important, you might agree that it's not so easy. Instead of allowing you to do two tasks simultaneously, the BMI would surely make both tasks harder!

There's a much better way to multitask with robots. 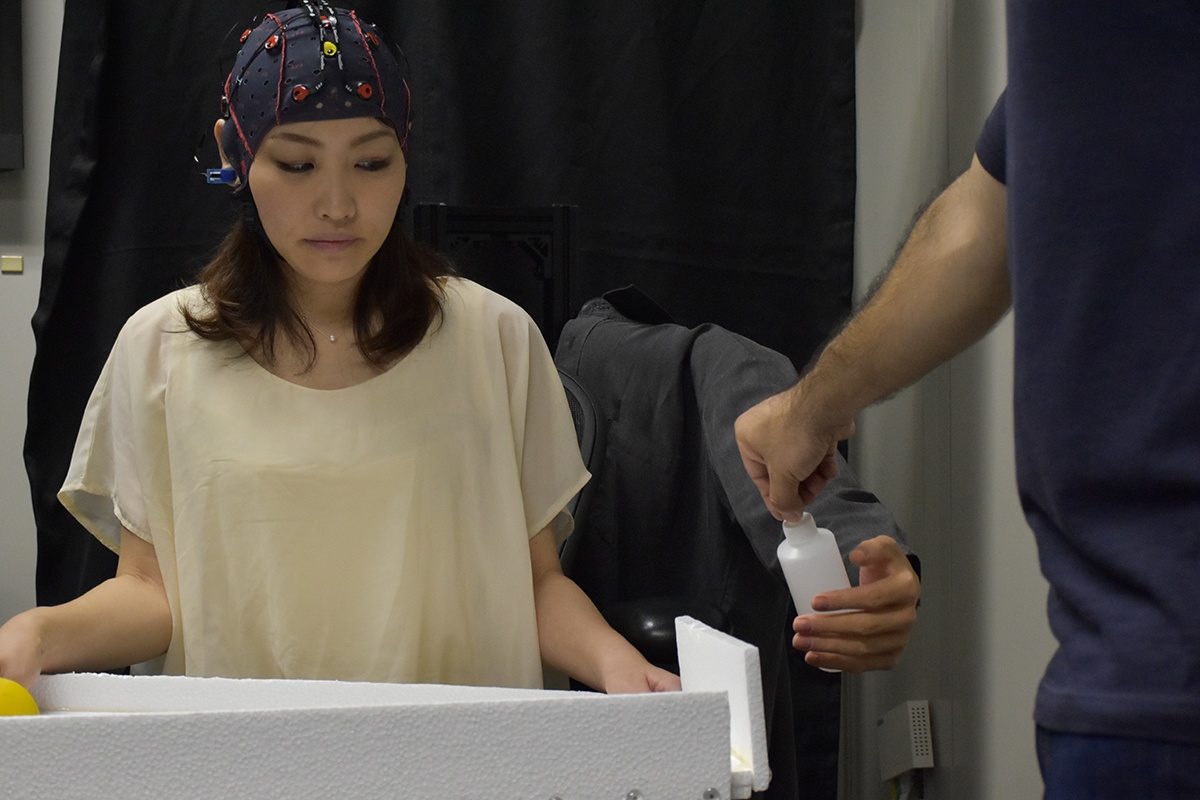 In the experiment, participants used the BMI to make the robot lift and replace a bottle on a table. At the same time, the participants had to use one of their hands to roll a ball around the table.

The myth of multitasking—and how robots can help

The problem is that multitasking is a myth. Even if you think you're good at it, research shows you're fooling yourself.

According to neuroscience research, trying to do two tasks at once makes you feel more productive. In reality, however, you're less productive, and the quality of your work reduces for both tasks. If you don't believe me, try this experiment from Dave Crenshaw, author of The Myth of Multitasking.

The best way to multitask with a robot is to give it some of your tasks. That way, you can focus on the value-added tasks.

When we try to multitask, our mind actually switches from one task to the other. We don't notice when we switch tasks, but every time we do it costs us time, makes us more stressed, and lowers the quality of our work.

Robots are a very good option to eliminate these problems of multitasking, but not in the way that the Japanese research suggests. The best way is not to try and control the robot yourself: it's to just give it some of your work and focus yourself on the value-added tasks.

The myth of multitasking means that there's only one effective way to achieve two tasks at the same time: give one of the tasks to someone else. If you can give it to a robot, even better!

Here are five tips for effective multitasking with a robot.

One of my favorite quotes about engineering comes from Garfield, the classic comic about the world's laziest house cat. In this strip, he says: "'There must be an easier way.' Many great ideas have been spawned from that noble sentiment. You can bet it wasn't an exercise freak who invented power steering."

It's good to remember this when giving tasks to a robot. If you find yourself doing the same thing over and over again, whether packing boxes into crates or loading and unloading a machine, ask yourself if it's the best use of your time. There must be an easier way.

If you feel like a task could be performed by a trained monkey, it's probably a good candidate for a robot.

2. Calculate the value of each task

Not all tasks are equal. Often, you have several to complete, but only one of them is really a "value added" task: one that contributes to features that a customer is willing to pay for. Robots are a great option for necessary but non-value-added tasks.

Some tasks also have low value for you personally. For example, a mentally stimulating task is much more enjoyable than a mundane sorting task.

Work out the value of each of your tasks and give those with low values to the robot.

When people try to multitask, they often choose things that are repetitive and boring. Yet these are the best tasks for a robot! For instance, packing, polishing, pick and place, and machine tending are all perfect candidates for automation.

See our case-study library for real-life examples of companies that have used collaborative robots for these common tasks.

I think we multitask in part because we believe, incorrectly, "I have to do this job. Nobody else can do it."

This is often not true. There are many tasks that we can delegate to a robot or another member of our team. This allows the tasks to be achieved simultaneously without compromising the quality of the work.

Recognize the tasks that you actually must perform yourself, and choose others to delegate.

My issue with the brain-machine study is that it provides a flashy solution to a simple problem. The experiment was fine for a piece of research. However, in the real world, solutions can and should be much simpler.

Adding a robot to your process is a very easy way to achieve two tasks simultaneously. Don't over-complicate it. Give some of your tasks to a robot and save the more important ones for yourself.

When have your attempts to multitask not turned out as you'd hoped? Tell us in the comments below or join the discussion on LinkedIn, Twitter, Facebook or the DoF professional robotics community. 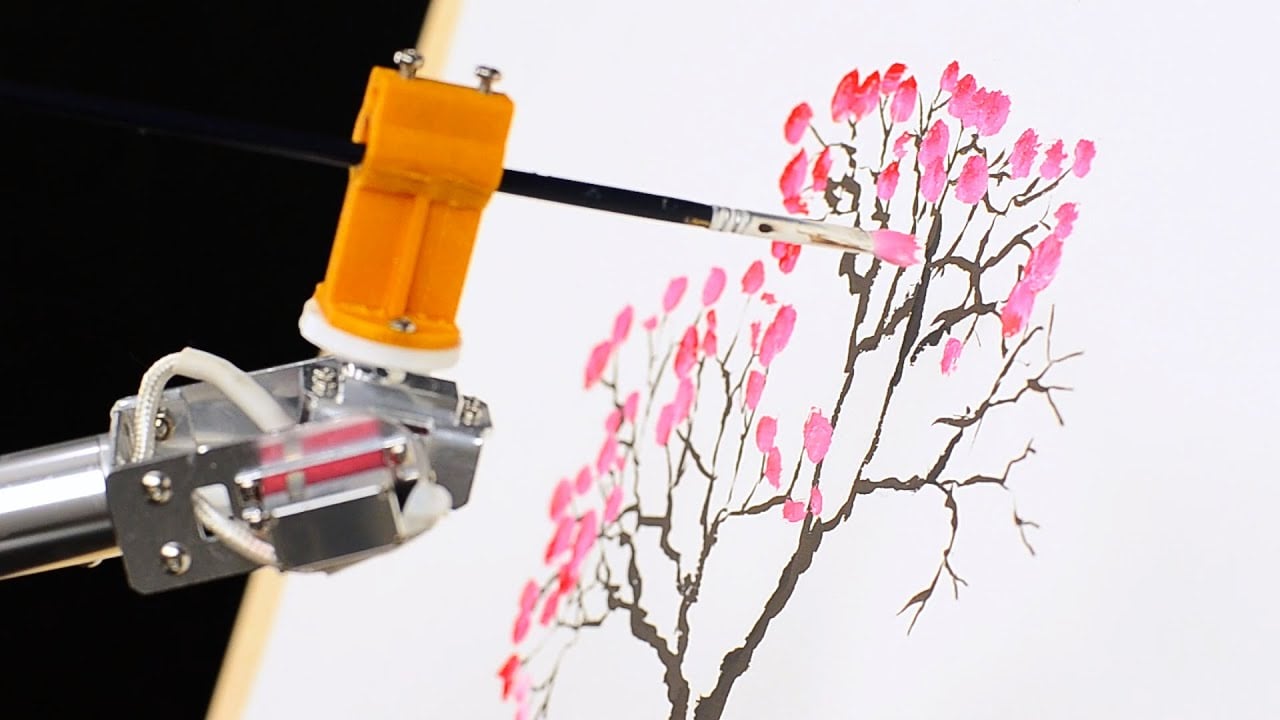