Robots vs Human Workers: Are Humans Better? Not With This!

It's time for the showdown… are humans better than robots? In many things, yes. Not in this though! Here's a task where the "robots vs human workers" debate is well and truly solved.

There is a lot of uncertainty around robots. We know that workers in your business might be afraid of robots coming into the workspace, fearing that they might take their jobs.

But, just because people are uncertain about robots doesn't mean we can avoid this fact — robots are better at humans at certain tasks.

This is a good thing! We should embrace the tasks that humans are just not great at. It helps us to get the most from our valuable human workers.

Which tasks are humans better at?

Which tasks are robots better at?

When you understand the strengths of both robots and human workers, you can maximize your company's output and make your workers happier in the process.

Will robots replace humans in the workspace? Maybe…

The problem with us human beings is that we often think in a rather "black and white" way.

Many people believe that the arrival of a robot to a company means that they will lose their jobs to the robot. This is an example of a cognitive bias called "all or nothing thinking" where we tend towards thinking in extremes.

According to a survey by the European Commission, about 72% of people are scared that technology could steal their jobs. This makes us think of robots as a "good" or "bad" thing. We've talked about this fear in the past on the Robotiq blog and it's not a concern that we should take lightly.

But, just because people are concerned about robots doesn't mean that replacing humans in the workplace is necessarily a "bad" thing.

If you approach robot adoption in the right way, you can find that it is one of the best moves that you can make… and your workers will agree with you.

What's important is that you are applying the robot to the right applications.

Should robots take over human jobs?

Think about the task of drawing engineering diagrams by hand…

If you were to go back to a manufacturing company 50 years ago, you would find that everyone drew engineering diagrams with a pencil and paper. Drawings would take hours to produce. Changes were laborious and prone to errors.

These days, you can create and print an engineering drawing in a matter of minutes from your CAD program. They can be changed quickly and shared with others almost immediately.

Yes, there was some resistance to computer-generated engineering in the early years. But, almost nobody these days would argue that we should go back to hand-drawn engineering diagrams for large-scale manufacturing, right?

Robots are also better than us at some tasks.

Robots beat humans at tasks that we are naturally not very good at. We can do those tasks, sure, because we're very adaptable creatures. But, these are not the best use of our skills. 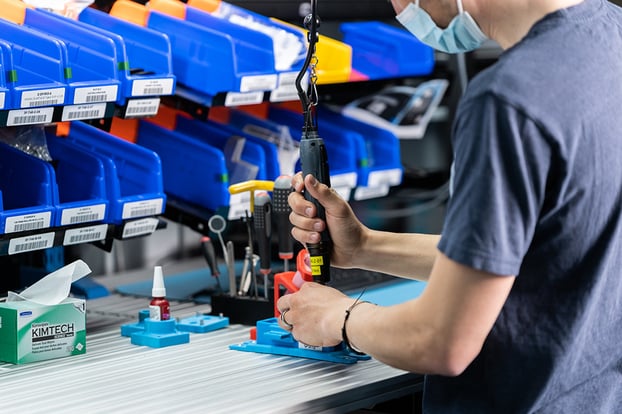 Robots vs humans jobs: Which is better at which?

What are task qualities do robots excel at compared to those that we humans excel at?

Here are some of the differences:

Clearly, we humans are best suited to tasks that are quite different from the strengths of robots!

It's worth pointing out that, when we talk about humans being good at cognitively interesting tasks, that doesn't mean we only excel at tasks that require us to sit at computers all day.

One McKinsey report noted that humans are also better at robots at unpredictable physical work. You might see this in action during a delicate packaging step of a non-uniform product that requires human dexterity and care.

Are humans better than robots? Not for palletizing

You can see that humans really are better than robots at a lot of tasks. And robots also are better at some tasks.

One task that robots excel at is palletizing.

Stacking boxes or other items onto a pallet is a classic robot-friendly job. It is predictable, repetitive, and requires strenuous physical work when done by humans. 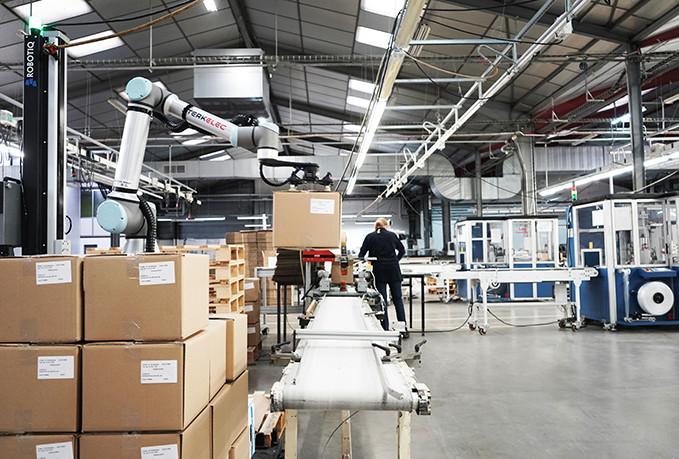 Here are 3 reasons that robots beat humans hands down at the task of palletizing:

If you are looking for a task that wins in the robots vs human workers debate, palletizing is certainly a good task to consider.

Find out if robot palletizing could help your business

The great thing about adding a robot to a palletizing task is that usually, the workers are completely behind the move.

As long as you involve them in the process of automation as early as possible, people often take ownership of the palletizing robot. This helps to ease the introduction of the robot and ensures that the robot application actually serves your needs as a business.

What tasks do you think a human could never be beaten at by a robot? Tell us in the comments below or join the discussion on LinkedIn, Twitter, Facebook, or the DoF professional robotics community.

11 Benefits of Palletizing Robots in a Pharmaceutical Packaging Process

As a pharmaceutical company, you're under constant pressure to improve your manufacturing processes. Part of this involves...

How to Repalletize Your Shipments for Maximum Efficiency

When it comes to shipping, a lot goes into making sure everything runs smoothly. From the initial order right through to the...