When looking to install a robot or an end effector, cabling is one of the important items to think about. Some may think that any simple cable, such as a communication cable or a power cable, would do the job for whatever you need. However, there exists many different types of cables and not all of them are suitable for robotic applications.

In robotic applications, cable flexibility is important to consider, since the cable must follow the robot's movements. We hear a lot about flexible, continuous flex or high-flex cables, but what are their real characteristics and differences?

In fact, the majority of cables are flexible. The flexibility of a cable gives it the ability to bend in order to facilitate installation. It also allows it to follow one installation path easily. Moreover, their round design gives them greater reliability when it comes to bending, since they can bend in any directions. And Generally, a flexible cable is meant to stay static after its installation.

When it comes to constant movement and flexing, the cable required needs to have a tougher design to allow them to be exposed to constant flexing. There exists 4 kinds of continuous flexing:

In order to design a continuous flex cable, there are certain features that are often incorporated into the cable. The cable jacket and inner conductor insulation should tend not to retain their deformation. The overall cable should have a loose construction in order to allow the conductors to freely move without damaging them. The right copper alloy is also an important feature, because some can handle more flexing than others. Finally, it is important to test and rate the flex-life.

Continuous flex cables are tested and rated to know their flex-life. Northwire developed two tests that have been standardized to prove the performance of any cable. This protocol is known as the Northwire Standardized Flex Test Protocol (NSFTP).

The first test is a “Tick-Tock” bending test where the cable is flexed 180° over a 3” radius. One end is attached to the mechanism that moves and the other end has a 1 lb weight on it. It runs for 30 cycles per minute or over 40,000 cycles a day, where one cycle equals a 90° bend in each direction. 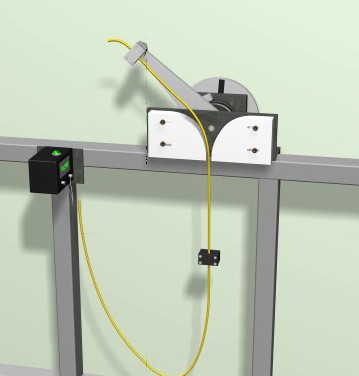 This test will evaluate the ability of the cable to resist torsional stress. The mechanism used pulls the cable 18” over a 3” radius while twisting it 360°. This test has the same speed as the “Tick-Tock” test, so about 40,000 cycles a day, where one cycle is two 360° twists. 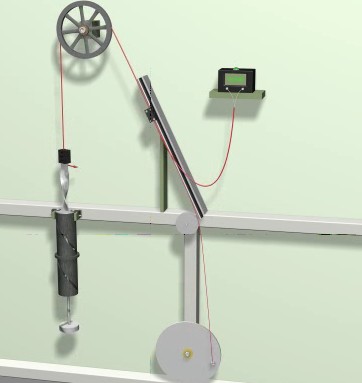 For robotic applications, continuous flex cable is the minimum which should be used. Then, the maximum bending radius of the cable is a feature that has to be respected in order for the flex-life to be reliable. Moreover, the installation is also very important when it comes to cabling. For installation tips, Lumberg Automation provides great content in this document.

It is important to choose the right cable for your application, so don’t hesitate to ask your supplier about the features of the cable you intend to use.

How to Choose the Right Gripper for Your Cobot

Fenced robots are known not only for their power, but also the risk they pose to human beings. Today, we are seeing more and... Product Testing: Use Flexible Robots Instead of Rigid Modules

The manufacturing world is getting more and more sophisticated. With more performant products and customers always asking for... Why Use a Robot Gripper with 3 Fingers?

Seeing all these robot grippers out there you may wonder, what are the advantages relative to the number of fingers presented...