What Are The Communication Protocols Used In Industrial Robotics? 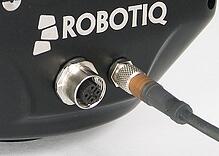 Communication protocols, often called Fieldbus, describe the set of rules to be used in communication between devices. The list of protocols used in today’s industrial robotics is quite large; here is a list of the main protocols and their characteristics.

Managed by ODVA, CIP is a protocol that integrates control services, communication services, and routing capabilities based on Ethernet networks and the Internet. Each protocol differs from the physical link, data link, and network layer being used (see our previous post on the Communication protocols structure).

Other important protocols used in the industry:

We can see that many of the protocols used are based on either Ethernet with TCP/IP networking or serial cables with trademarked networking protocols. The communication protocols used in industrial robotics vary mostly from the features of the application layer (upper layer), although the performance is often determined by the physical layer (lowest layer).

Communication protocols supported by the different devices can cause high integration cost (and technical nightmares). When will we see a real standard supported by all robots and peripherals by default, just like in the computer industry? Until then, download our cheat sheet to figure out which robot speaks what protocol.