7 Things You Need to Know About Mass Customization with Robots

Mass customization is the new norm in manufacturing. Robots are a key tool in the era of personalization… and here are 7 things you need to know.

The new norm in manufacturing is increasingly becoming "mass customization." In a way, this is the opposite of traditional mass production as each product is made to order to match the exact requests of the customer. Although mass production still has its place, even large-scale manufacturers are looking to personalize some of their mass-market products.

"A marketing and manufacturing technique which combines the flexibility and personalization of custom-made products with the low unit costs associated with mass production aka made-to-order or built-to-order."

Robots are a key tool for making mass customization possible.

1. Mass customization is nothing new

Way back in January 2011, Samuel Bouchard (Robotiq's CEO) wrote a post here on the blog where he presented 5 top benefits of mass customization.

Mass customization is nothing new.

However, it has taken quite a long time for some manufacturers to catch up with this trend. Now, the era of mass customization has really arrived. According to a Deloitte report from 2019, many consumers now expect customization and are willing to pay for it.

Robots have long been used to improve efficiency in manufacturing but only in the context of mass production. People often (mistakenly) believe that customization reduces production efficiency but nothing could be further from the truth.

As Silicon Valley pioneer David Gardner explained in an article for the Fast Company:

"I define mass customization as the ability to produce a single, customized product with the same efficiency as a mass-produced product."

Modern robots can certainly be used to improve efficiencies in a high-mix, low-volume environment where there is a high level of customization. We see people achieving this all the time.

Of course, the new strategy of mass customization requires us to make changes to our production processes. As company SAP explains, this change involves moving away from the assembly line format of mass production to smaller, modular production cells.

Robots are a core technology which are enabling these modular cells, but the cells don't need to be fully automated. Collaborative robots allow you to mix manual processes with automated ones in a way that was never possible with the more traditional "caged" industrial robots.

4. Connectivity and data are the path to personalization

While mass customization involves some technological changes (e.g. adding robots or other machines), the whole movement is focused around a far more human change.

As Forbes explained in their 2019 guide The Path to Personalization:

"The most important question is: How connected are you with your customer — and how connected do they feel with you?"

Connection is the key to customization. And that means using data.

Consumers are happy to give up their data to companies in return for more personalized products. Successful mass customization also requires manufacturers to use our own data to improve the production, e.g. by using robot monitoring software.

5. Copy-paste is the key to success

One of the reasons that modular production cells are so effective is that (if they are well-designed) the entire cell design can be easily replicated to increase the production of the overall manufacturing process.

This "copy-paste" approach to automation is also one of the best ways to get started with collaborative robots, as our experts discussed during the Cobot Stories Panel at the Robotiq User Conference 2019. By copying your robot setup to a new production cell, you get it up and running much quicker and reduce the challenges that come when designing and integrating an entirely new robot cell.

If you don't already incorporate customization into your manufacturing, you might be wondering if it is really going to be beneficial. Before you make any change to your business, you want to make sure that it is going to be worth it.

Until fairly recently, customization has been a good idea in theory but hard to implement in practice. In the words of a McKinsey report from 2013:

"Mass customization has been driven primarily by sales and marketing teams that understand the demand for customized products but can't enable profitable customization on their own."

Since that report was written, the technologies (including robotics) have improved in both their capabilities and ease-of-use.

Now, as the recent Forbes guide explained, for many businesses customization has been proven to drive sales:

"Two in five executives surveyed, 40%, report that their customer personalization efforts have had a direct impact on maximizing sales."

7. It's all about the human touch

Although we talk about the technologies of robotics and automation, the real benefit and driver towards customization is the human connection.

In the distant past, back in the days of master craftsmen and artisans, most products were customized and made-to-order. It seems likely that this recent resurgence of customization is only natural. Consumers are increasingly responding to companies on a more personal level and they appreciate products which are made by real people.

Even when we are using robots to enable mass customization, it's all about the human touch.

How could you enable more customization in your business? Tell us in the comments below or join the discussion on LinkedIn, Twitter, Facebook or the DoF professional robotics community. What is the point of mass customization?

Why customize products when mass production has been so effective ever since its... 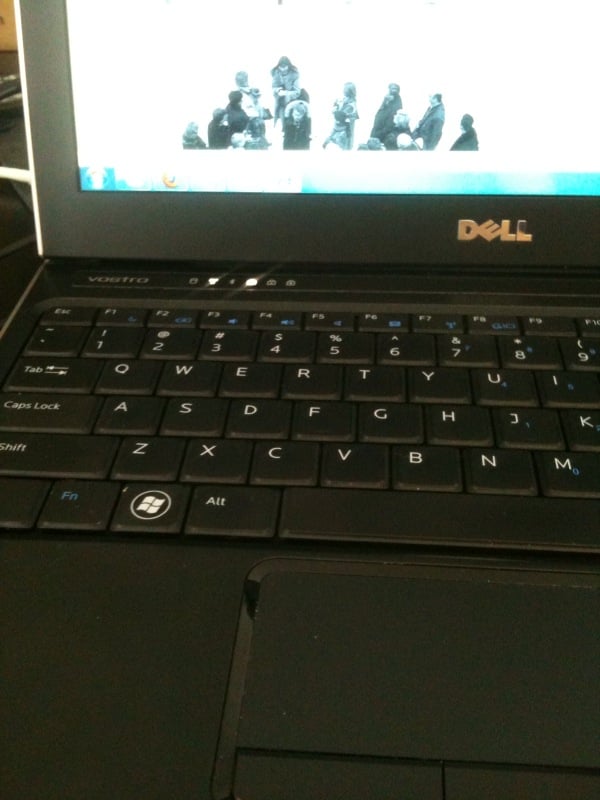 My Dell Laptop is an example of a mass customized product.

Isn’t mass customization an oxymoron? It would have been during...