7 Companies That Are Using Polishing and Buffing Robots

Robot polishing is a great way to improve safety, quality, and consistency of polished products. Both big and small businesses can use robots to improve their polishing tasks. Here are 7 companies that are already using robotic polishing. 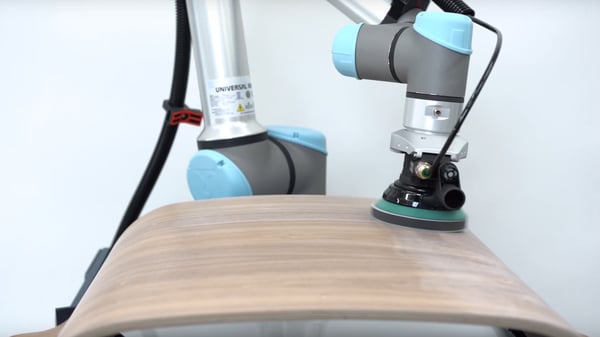 It's now even easier than ever to add polishing capability to your cobot.

Polishing and buffing are finishing tasks that improve the surface quality of a product. An abrasive is run over the material, making it smoother, shinier, and sometimes more sanitary.

In the past, there were only two real options for polishing in manufacturing:

Recently, robots have become increasingly more popular for polishing tasks. Their flexibility and large workspace means that they can be applied to a wide range of polishing applications. They are also easy to reprogram for completely new tasks (not necessarily polishing tasks) which would be impossible for an autonomous polishing machine.

Here are 7 companies that are already starting to incorporate polishing robots into their processes:

The Acme Corporation was a fictional company invented by Warner Bros in the cartoon Road Runner.

Acme Manufacturing, on the other hand, is very real. They produce high quality metal finishing and — according their own website — are regarded as a world leader in robotic deburring, polishing and grinding. As a result, it makes sense that they use robot polishing.

The approach that Acme uses for robot polishing is to have a fixed, abrasive polishing wheel. The robot holds the workpiece and moves it into contact with the spinning abrasive. They have used this method for polishing metal bars, wheels, and door handles.

One of only two companies on this list that are using collaborative robots for polishing. Paradigm Electronics manufactures loud speakers and subwoofers. They moved to cobot polishing when they realized that polishing the many layers of lacquer on each of their speakers was just too labor-intensive to achieve manually.

They use a UR10 cobot with a custom polishing end effector, as the application was developed before integrated cobot polishing solutions were available, as they are now. The robot's force control ensured that excessive force was not applied to the surface, which would heat and damage the lacquer. They were able to achieve a ROI in just 14 months.

German manufacture WMF specializes in tableware and cookware. For over a decade, they have been using robot polishing to buff the lids of their pressure cookers. Polishing is particularly important for cookware for two reasons. Firstly, it makes the metal more attractive which increases the perceived value of the product. Secondly, and perhaps more importantly, it makes the stainless steel more sanitary by removing scratches that germs could live in.

Similar to the Acme solutions above, WMF's robotic solution involves the robot holding the product and moving it onto a spinning polishing abrasive. They also used robot to transfer polished products between stages in their process.

Although this is not a manufacturing operation, supermarket chain Walmart recently announced that it is planning to use robots to polish the floors in its stores. The Auto-C is an autonomous guided vehicle. Using buffing tools, it drives around the store and polishes the floors.

Floor polishing is quite similar to polishing in manufacturing. The only real difference is in the type of robot used and, of course, the surface that is being polished. The important factors which affect the quality of the final polishing (e.g. type of abrasive, polishing strategy, speed, etc) are also applicable to polishing with a robot arm. 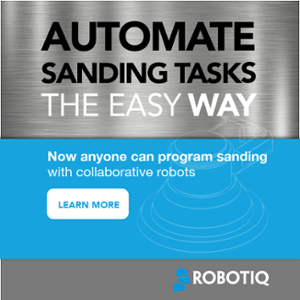 Have you ever passed at tanker truck trailers on the motorway? Noticed how shiny they are?

Their shiny surfaces might have been polished by a robot!

Robot integrator RSI describes this robot polishing application that they developed for a client, although they do not name the company. Their solution involves using two industrial robots to polish the surface of the tanker using custom polishing end effectors. One slightly unique feature of this application is that the robot path can be programmed using a computer game controller.

According to an industry insight from the Robotic Industries Association a few years ago, robot polishing is used by several of the leading aerospace manufacturers. Companies listed in the article include Boeing, Northrop Grumman, Lockheed Martin, and the very topical SpaceX.

Polishing is an important task in aviation, especially for parts of a plane which are not painted as they have little protection from corrosion. A car which has not been polished will only look bad. A plane, on the other hand, could become dangerous. Polishing removes corrosion which could eventually compromise the security of the material.

Finally, we reach the second company on our list which uses collaborative robots. Saint-Gobain is a glass manufacture whose products are used worldwide. Their cobot application is one of the examples in the Robotiq case study library.

Glass manufacture requires a lot of polishing, which is both time consuming and grueling. The team at Saint-Gobain used a UR robot with a FT300 force sensor to improve the consistency and productivity of their polishing task. Compared to the previous manual polishing, they saved one 8-hour shift per day and achieved a ROI in under a year.

Will your company be next?

Polishing is still not the most common application for robots. But, as you can see from this list, it is an increasingly popular task and it has some great benefits over manual polishing.

Two of the companies listed above used collaborative robots for their polishing tasks. This is a fairly recent addition to the capabilities of cobots but is application which is almost certain to grow in popularity as companies see the benefit. It's now even easier than ever to add polishing capability to your cobot.

What task would you like to give to a polishing robot? Tell us in the comments below or join the discussion on LinkedIn, Twitter, Facebook or the DoF professional robotics community. 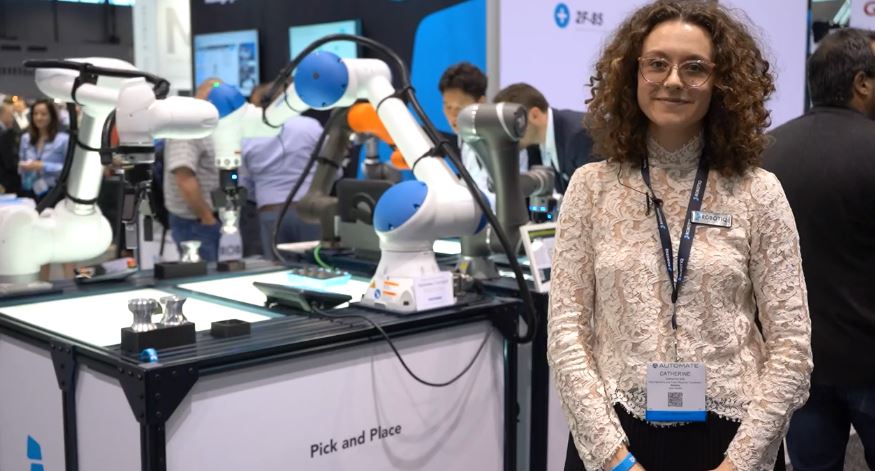 We need to talk about compatibility...