Worried a Finishing Robot Will Steal Your Job?

Finishing jobs like sanding and polishing are moving more and more towards automation. Should you be worried that your job will be stolen by a robot?

A couple of years ago, I made my own set of polished concrete workshops for my kitchen at home. It was a long process which took 3 weeks in total.

One night, at midnight, I was out in the garden with the worktops. I had to finish them so we could fit them the next day. I slowly moved the orbital sander back and forward across the surface of the concrete… again and again and again… each time using gradually finer polishing pads. It took ages!

If I could have given that job to a robot and taken a rest, I would have.

Finishing tasks can often be back-breakingly boring, can't they? Even so, I'm sure you'd rather do the sanding or polishing yourself than have your job stolen by a robot.

The question is… does it make sense to be worried about losing your job to a robot?

Many people are concerned that the arrival of a robot means that their days are numbered. Are they right to be worried?…

Are finishing jobs at risk?

The short answer is: no, finishing jobs don't seem to be at risk.

As we demonstrate below, it's highly unlikely that your finishing job will be replaced entirely by a robot. A finishing robot is really just a tool, it's not someone competing for your job.

However, there's another reason that finishing jobs are probably safe from automation — finishing is an in-demand job.

Finishing is one of those jobs that remain in high demand across various industries. For example, a 2015 study of the furniture industry listed polishing amongst the jobs which is experiencing a skills shortage. The same was shown in a 2013 report about skills shortages in the aerospace and automotive industries.

With such a skills shortage, anyone who has knowledge of finishing is going to be valuable to businesses. Your finishing job is probably safe.

10 finishing tasks a robot can't do

Let's take a look at some tasks involved in finishing jobs, taken from real job descriptions in the fields of granite worktop production, automotive polishing, and metal finishing:

Only one of these is the task that will actually be done by the robot — the polishing itself. All of the other tasks rely heavily on skills that only humans have.

When you start to look at the job in this way, it should be clear that getting a finishing robot to do the "dull, dirty, and dangerous" task is actually a great benefit. There are so many other tasks to do!

When a robot comes takes over the "hands-on" finishing task from your job, it usually has more positive effects on the job than negative ones. This is exactly what happened for finishing workers in glass manufacturer Saint-Gobain when they added a UR robot to perform the final finishing step for glass panels.

The workers at Saint-Gobain were able to remove the most grueling aspect of their job. As Saint-Gobain's technician Christophe Legeay explained "We assigned the robot to the hardest part of the polishing process. During this time, the operator can focus on a second task." These other tasks are often more intellectually-stimulating and therefore increase job satisfaction.

There is also a risk of potential physical strain when using powered finishing tools. Legeay explained, "this task allowed operators to no longer have vibrations in their shoulders or perform repetitive movements." Such motions can eventually lead to musculoskeletal disorders.

Adding automation also allows us to become more productive in our jobs, meaning that we can achieve more. Legeay also saw this at Saint-Gobain, saying "The capacity increased significantly. We achieved a ROI in less than a year, which is pretty fast. We're able to produce the same amount of work in two 8-hour shifts instead of three, before the robot arrived."

Robot programming is a skill that is not going to go away — it will only become more relevant as robots continue to enter the workplace. You can improve your long-term career prospects by getting involved with robot programming and adding it to the rest of your skills as a finishing expert. 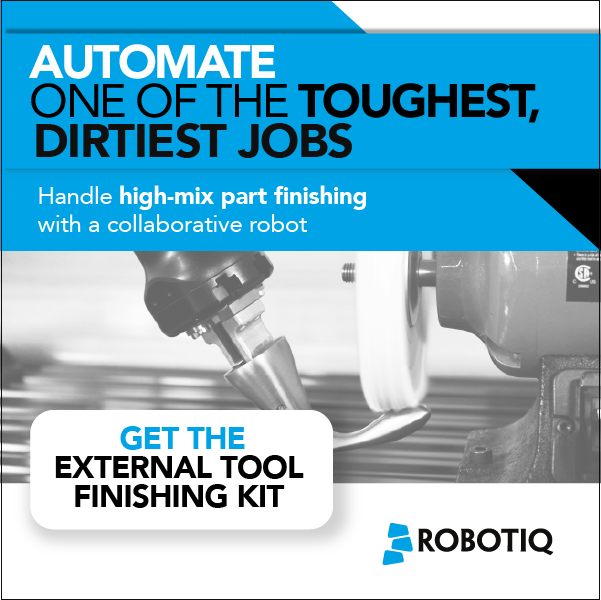 5 Tips for getting the most from a robot workmate

Here's are some tips on how you can get the most from a new robot worker, to make sure that your job is safe:

A finishing robot is not going to steal your job. In fact, if you approach the deployment correctly, it could improve your job!

What concerns do you have about adding a finishing robot? Tell us in the comments below or join the discussion on LinkedIn, Twitter, Facebook or the DoF professional robotics community. 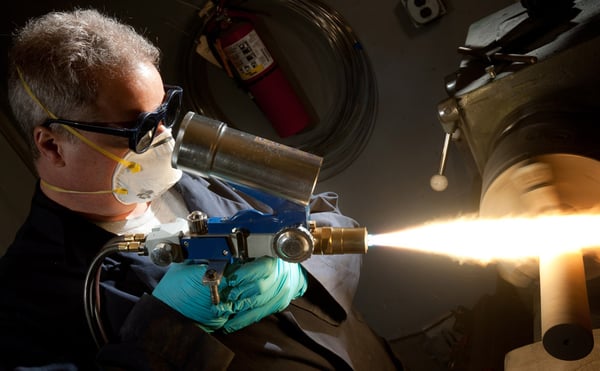 5 Super-Dangerous Jobs That Robots Can Do Safely

Some jobs are just too dangerous for human workers. Robots are increasingly used to improve the safety of workers performing...