How the Role of CNC Operators Has Changed

It's no overstatement to say that machine tools created the modern world. From the first accurate lathe — used by James Watt to create his steam engine — to the first commercially available CNC machine in the 1950s, machine tools have driven many of the world's recent technological revolutions. Without Computer Numerical Control (CNC), low-cost electronics would be impossible, air travel would still be restricted to a few enthusiastic individuals, and small manufacturers would find it impossible to compete with mass-production.

In this article, we map the history of the CNC operator. It turns out, robot machine tending is just another step in a long history of a changing job. Long before computers and the industrial revolution, the Ancient Egyptians developed the first ever machine tool. In around 1300 BCE, they invented the lathe.

Egyptian lathes needed two operators: one to turn the workpiece and the other to cut using a sharpened tool. Many machine tools worked like this right up to the industrial revolution as there was no easy way to turn the workpiece. The Ancient Egyptians used this method to form wood and carve stone bowls. They also introduced the idea of cutting using hard jewels, which we still use today with diamond cutting tools.

In some ways, this is quite similar to the way that we machine tools today. Mass-production seems to be in decline and small manufacturers are looking for highly-customizable machine tools which can easily be reprogrammed for their rapidly changing products. We no longer build our own machine tools — as the early craftsmen did — but custom tooling and fixturing is still a large part of the machine operator's job.

Accuracy wasn't great with these early machine tools. At the end of the 18th century, James Watt needed an accurate way to manufacture the cylinder for his steam engine. Industrialist John Wilkinson invented an machine which could accurately bore large cylinders, kick-starting the industrial revolution and the rise of machine tools.

The modern job of a machine operator began in the early 1800s. An inventor called Henry Maudslay is considered the founding father of machine tools. He and his employee Joseph Whitworth introduced standardization to manufacturing. It was around this time that Matthew Murray released the first commercial machine tool.

This meant that the job of a machine operator changed again. Standardized machines meant that they no longer had to build custom machine tools, instead they became skilled operators.

Since then, and right up to the present day, the job of machine operators has included:

Machine operators are skilled technicians. They might not design products themselves, but they can spot bad design and are able to select the right tools and processes for the job.

In the 1950s, the first Numerical Control (NC) machines arrived. This sparked an era of rapid changes in the job of machine operators.

John T Parsons was a self-taught engineer. He was manufacturing propellers for the Second World War when he came up with the idea of using punched cards to directly operate machine tools. He encountered a technical problem and collaborated with MIT to overcome it. Together, they produced the first NC milling machine. Parsons was shocked when MIT took over the invention and pushed him off the project. However, the age of NC machines had begun and he is now considered by some to be the father of the second industrial revolution.

The first NC machines stored their programs on punched card. Changing a program would involve repunching the entire card or, for very minor changes, taping over a hole and punching a new one.

The job of machine operators had always included planning out operations. However, this was the first time that operators had to turn their plans into abstract programs. Manual programming took a long time using punched cards — think 8 hours to write a program to mill a single part.

Computer-Aided Design (CAD) also came into the picture around 1960. By as early as 1963, General Motors had produced the first CNC machined prototype from a 3D CAD model.

The job of modern machine operators still includes all of the responsibilities that it did back in 1840. On top of these, machine operators had to learn new skills like programming in G-Code and working with CAD models.

The 21st Century and Beyond: Robot Machine Tending

The latest development marks yet another change for CNC machine operators. Robotic machine tending allows small manufacturers to increase their throughput by using a robot to load and unload parts into the CNC machine.

As a result, this latest change in the job of a machine operator is not nearly so drastic as some of the changes that have come before it. Machine operators still require the same skills that they did in the past. Now, they can add "robot programmer" to the list.

A History of Robot Programming Languages

How easy do you find robot programming compared to other CNC machine work? What skills do you think are most important for CNC operators? Do you have any questions about machine tending? Tell us in the comments below or join the discussion on LinkedIn, Twitter, Facebook or the DoF professional robotics community. 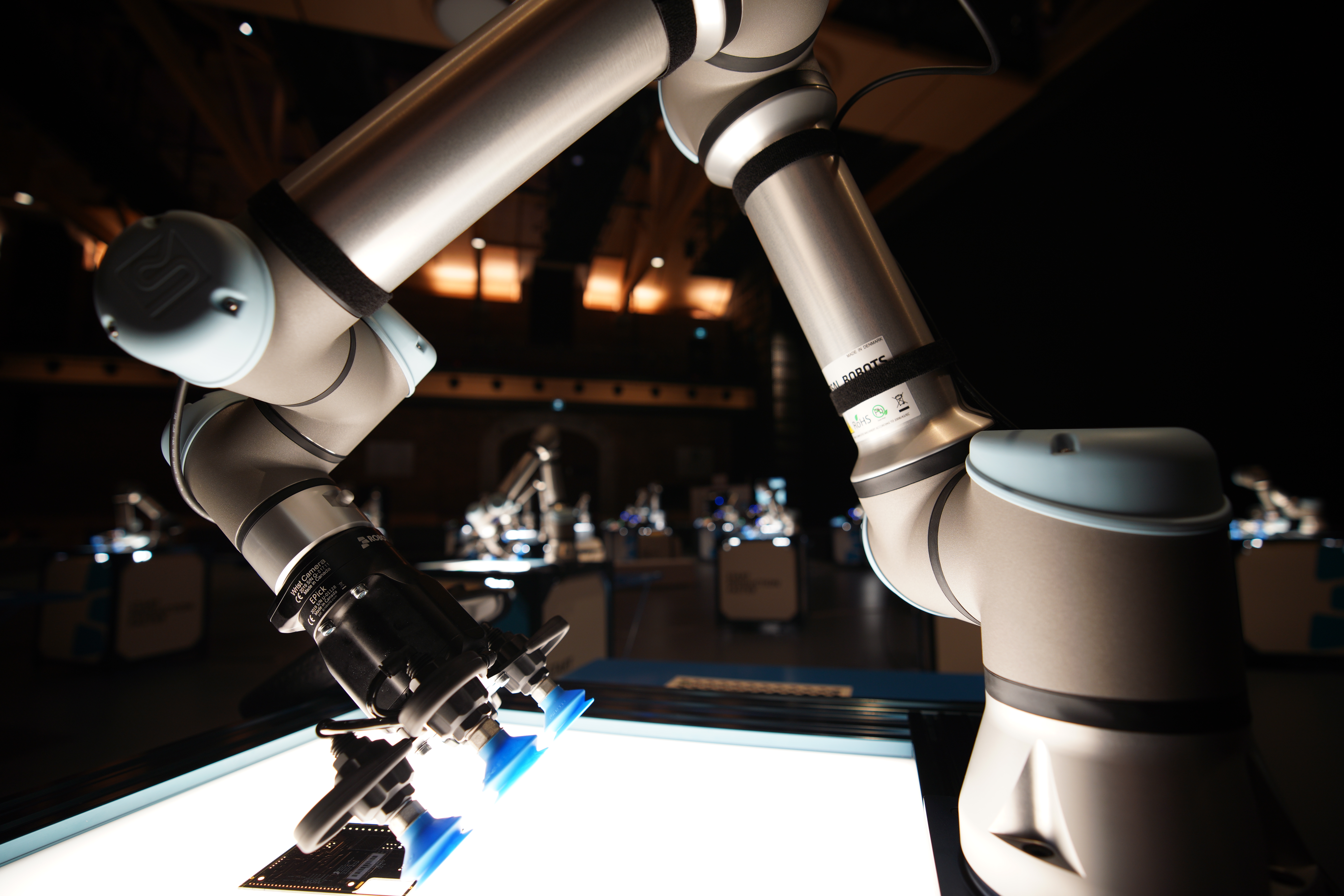 Machine tending is a very popular cobot task but it can cause problems when using a fingered gripper. Vacuum grippers can be...

Machine tending is one of our most popular tasks for new cobot users. You can now use a vacuum gripper! Got some questions?...