We had an amazing third day at Automatica 2022. Can't believe there's only one more day to go!

We saw some of the most audacious robot demos we've seen so far, found a door specially made for sweets, and heard some fascinating discussions on the future of robotics and the industry.

We also discovered that our robots are simple enough, a child can use them!

Here are some of the highlights from today…

Big questions No 1: "What robotics…"

It was a day of big questions here at Automatica 2022.

One question that came to our attention was this puzzling riddle: "What robotics?"

What do you mean "What robotics"?

But you had to walk around the corner to find out the answer. 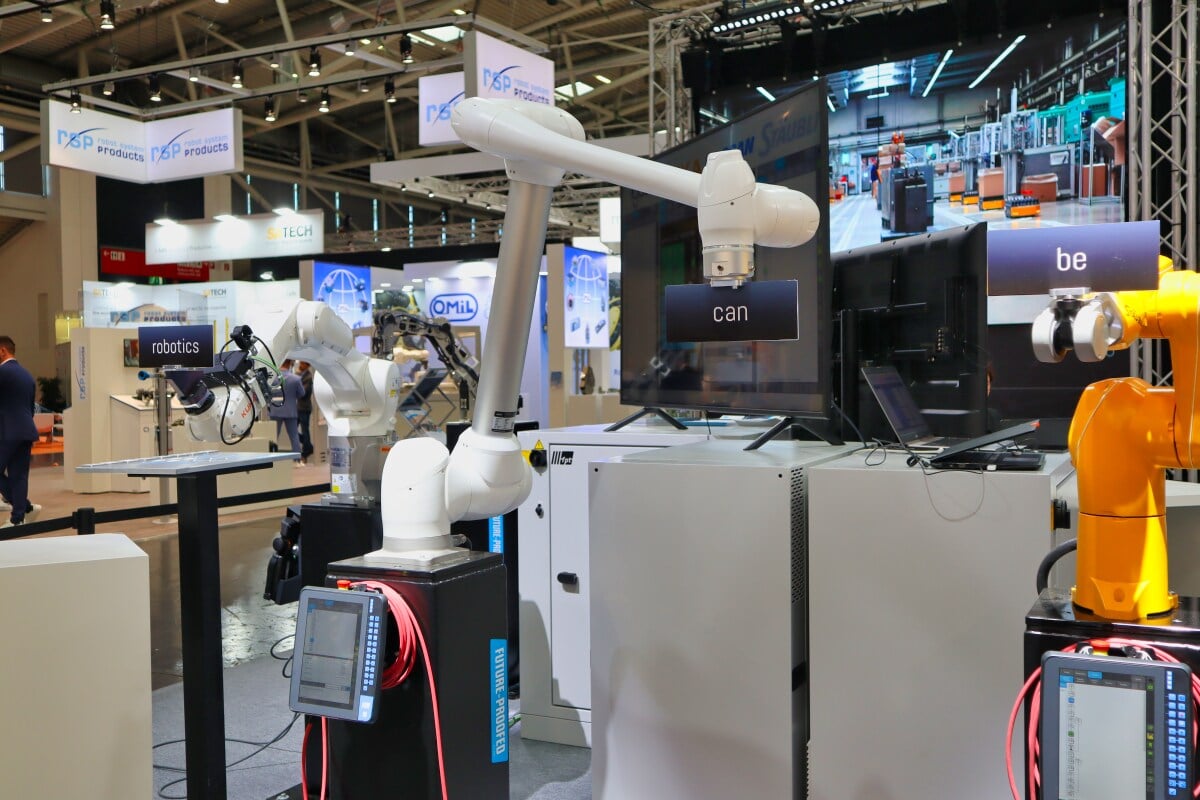 "What robotics can be!"

A door for sweets?

We also passed this unusual demo of an automatic door for conveyor belts. 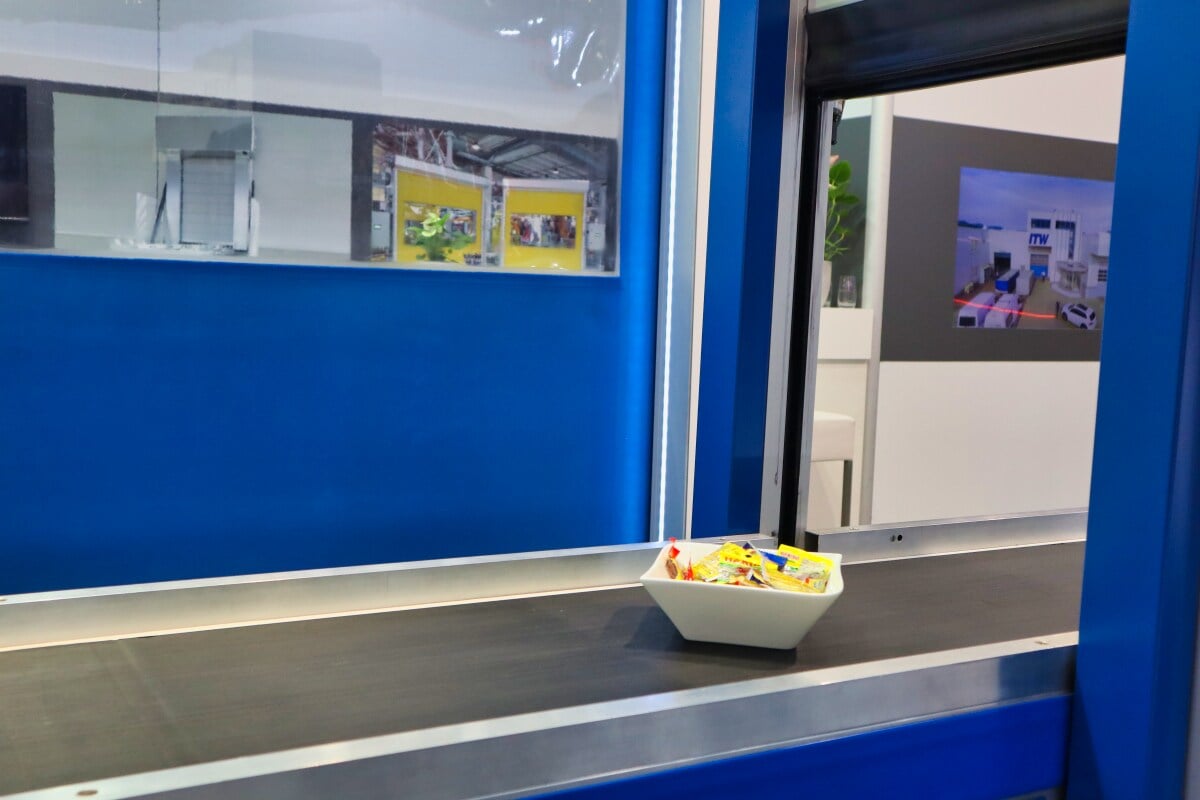 It's June 23rd today and that means it's International Women in Engineering Day. The Automatica Forum celebrated by posing some big questions to an expert panel.

The discussion was chaired by Sheila Beladinejad, President of Women in AI & Robotics. 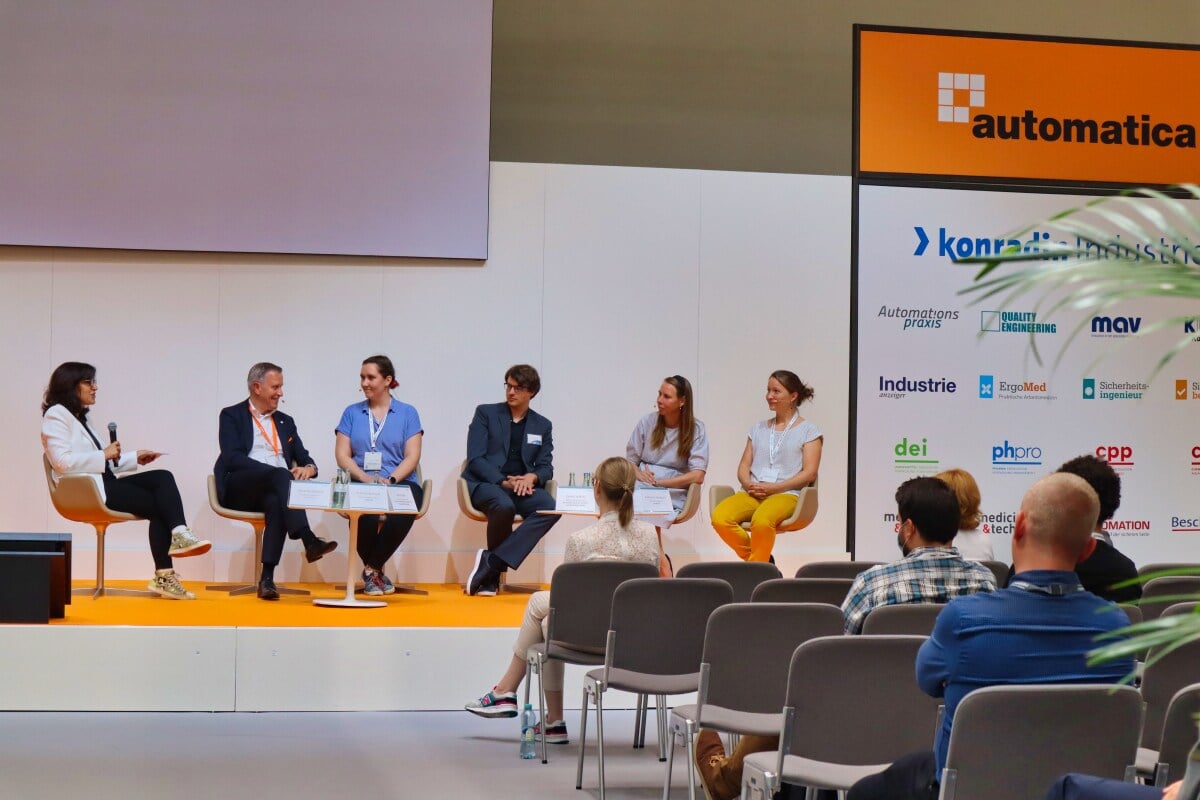 The lively and enlightening discussion covered a range of topics around gender diversity for women in the AI and Robotics industry.

A few of the many takeaways from the discussion were:

Sheila Beladinejad finished the discussion by saying "Let us open doors and keep them open so that others may pass through them."

It was a powerful discussion to mark today's International Women in Engineering Day. Just the sort of valuable conversation that makes Automatica a great place to share our perspectives and continue to develop the robotics industry for the better.

Earlier today, we reported on our visit to the booth of new cognitive robotics startup Neura. We didn't have time to show you all the bold exhibits on their booth, but there were a few more things that were kind of cool.

For example, they had a mobile coffee station that drove past you as you walked around the booth. There was also this chess playing robot (one of the few that didn't have a Robotiq gripper as far as we could see, but then we are biased!) 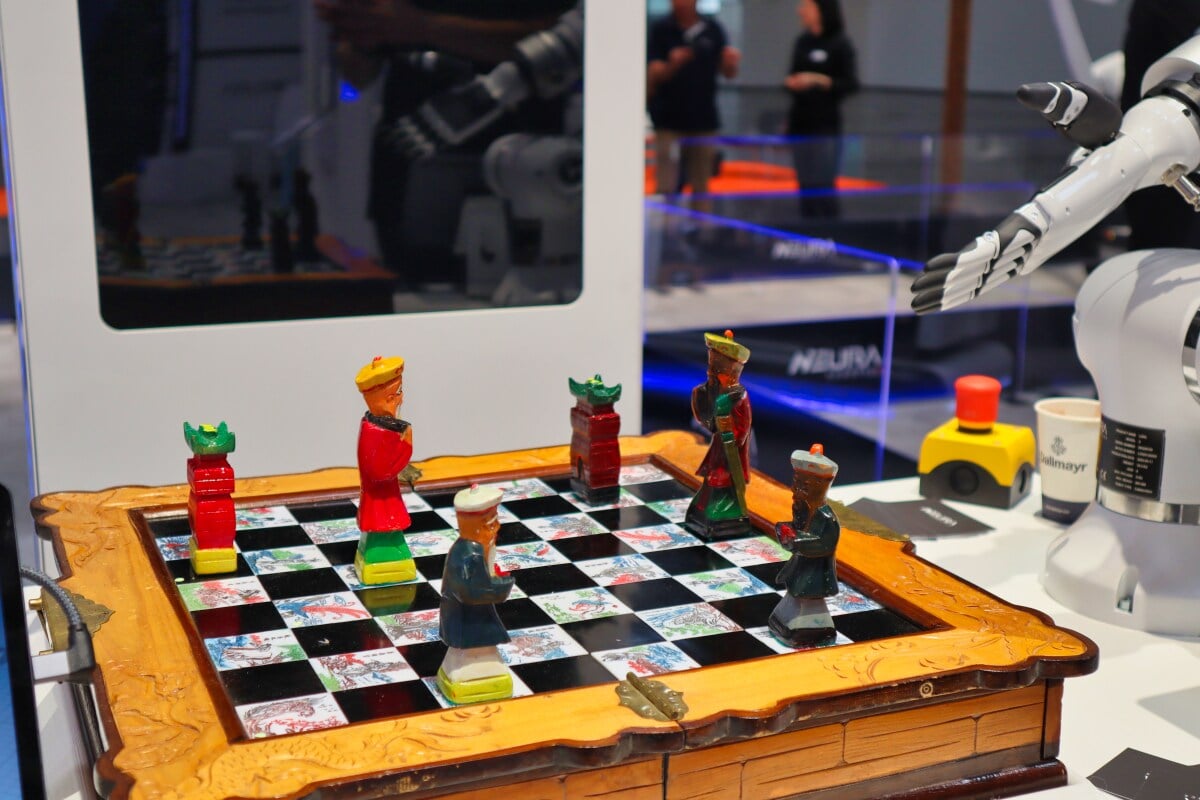 There was this basketball playing robot, with a very enthusiastic human opponent. 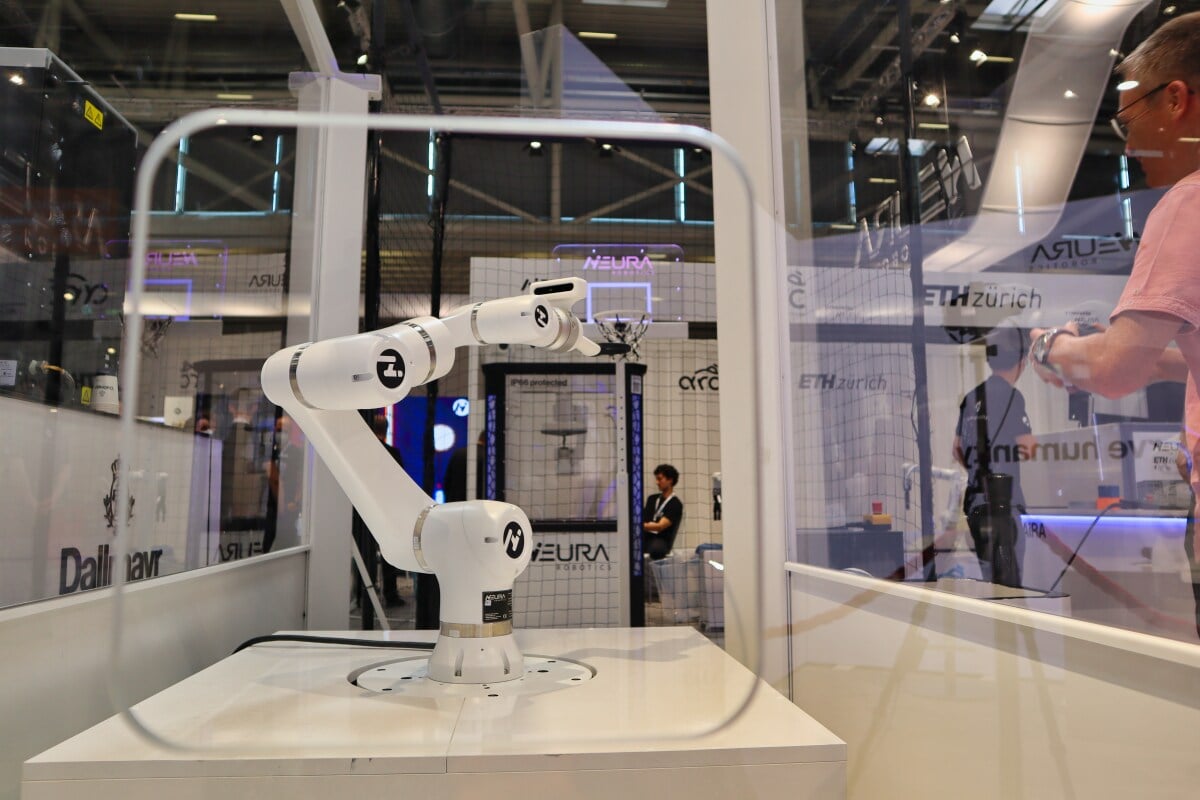 And then there was a noughts and crosses game (which you can see in the video at the top of this post). When it was your turn to play, the robot said loudly "It's your turn"… a bit like an impatient child waiting to play…

Speaking of children, the star of our booth today had to be this little roboticist who came along to play with our 3 Finger Gripper demo. 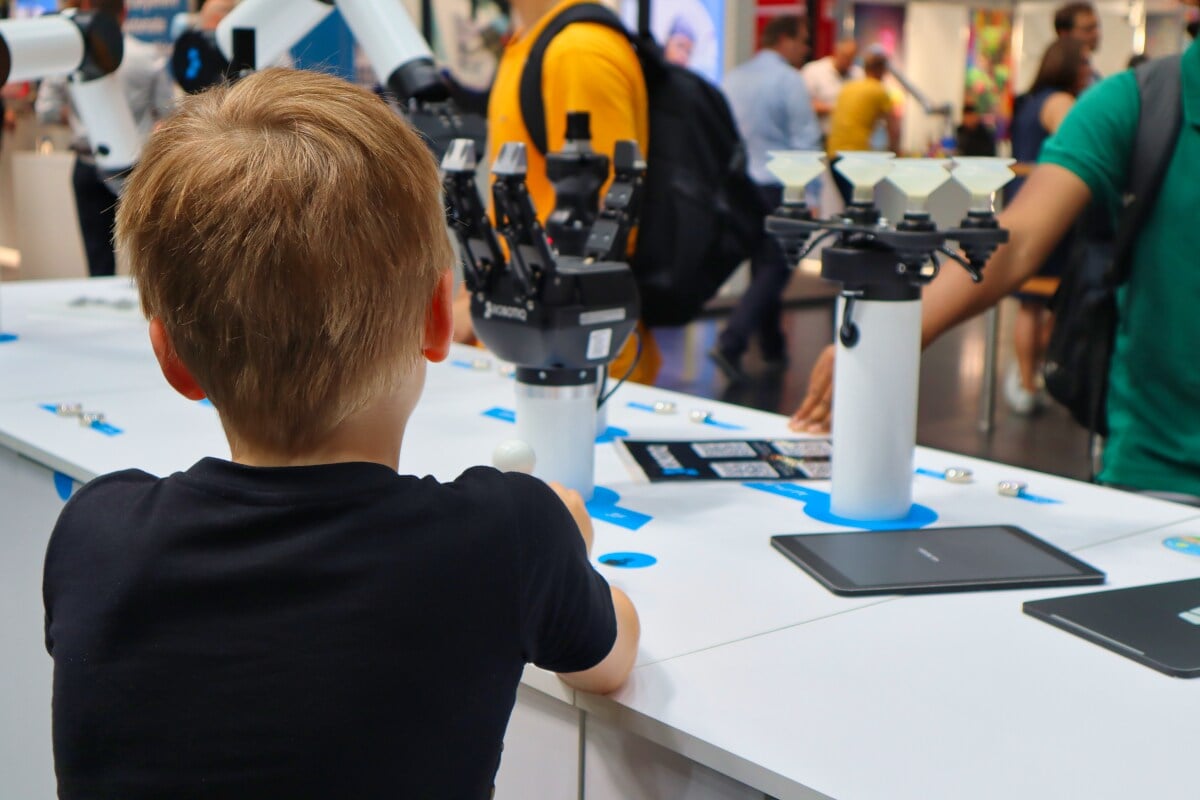 Of course, it's a cliche to say that something is "simple enough a child can use it." Children are usually better at using technologies than most adults!

Time to enjoy the sun!

It's been a hot day here in Munich. But most of us have been stuck inside for the whole day.

So now we're going to relax and enjoy the sun in a local beer garden.

See you tomorrow for the final day!