How to improve CNC Machine Production 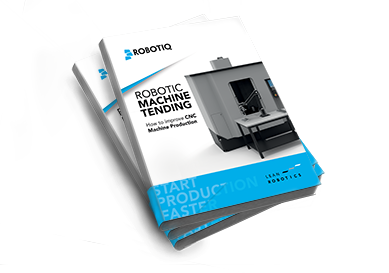 What is machine tending?

Machine tending is the most popular collaborative robot application. Before going too deep into details, let's start with simple definitions.

The basic definition of tending is providing treatment for someone or something. In our case, machine tending means to load and/or unload a given machine with parts or material. Currently, most machine-tending applications are done by humans. Modern machine shops often use CNC machines (such as lathes and milling machines). These machines must be tended by workers, who place the raw material (usually called the raw or blank part) in the machine and remove it once the machine has done its work. However, since qualified workers are becoming harder to find, companies are introducing robots into their workshops to make up for the lack of employees.

A robotic machine-tending process can be repeated endlessly, assuming the robot continually receives raw parts and the machine produces quality parts. Some industries use robots for a single step of production, like emptying injection-molding machines or CNC machines. When production is running around the clock, robots let you minimize cycle time and run the process continuously by removing parts from the machine’s working area.

Machine tending with a cobot

Collaborative robots, or cobots for short, are power- and force-limited robots. These are robots that can be used without machine guarding or that include other safety features. Cobots can be placed beside a machine or person and set to perform a certain task without needing to be fenced off from the surrounding environment.

That being said, introducing a cobot around a CNC machine and programming it to load and unload parts is not as simple as it sounds. It requires choosing a robot that can accomplish the job and that can reach a level of performance comparable to a human worker.

Anatomy of a machine-tending cell

A CNC cell is pretty complex. However, there are recurrent items that represent the core of a robotic machine tending cell. The anatomy is broken down in the following terminology. 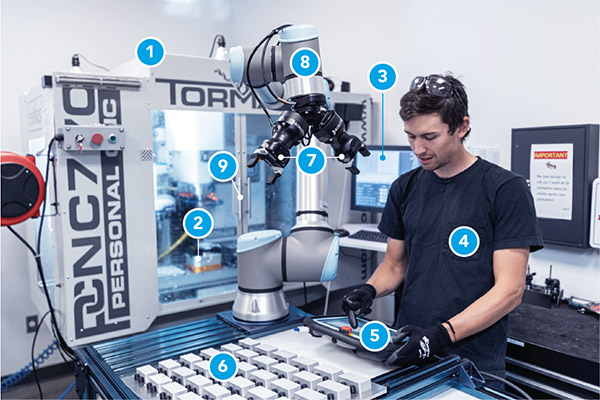 You may want to look at the following video to get a better idea of the different steps necessary to accomplish machine tending with a Universal Robot and a Robotiq 2-Finger 85 Gripper.

One reason why it’s easy to use collaborative robots in machine-tending applications is their built-in safety features. Not only will the robot automatically stop when it comes in contact with something (or someone), but it can also be limited to moving in a certain space. It only takes a few minutes to configure a safety plan that will restrain the robot’s arm movements to a defined workspace. This reduces the danger of using a robot and also reduces the need to buy fencing or other safety devices to prevent collisions with workers.

If people haven’t seen a collaborative robot at work before, they might be nervous about the idea of being so close to one. Demonstrating safety in action is a great way to relieve anxiety. Use your first project to showcase cobots’ safety features. Word will spread about how smoothly the robot moves and how easily it stops, and people will relax.

The most widely recognized source of safety guidance for cobots is the ISO/TS 15066. This is a technical report produced by the International Organization for Standardization (ISO). ISO/TS 15066 (Robots and robotic devices — Collaborative robots) is not actually a standard yet. It is a technical specification (TS) because more technical development is required before it can be turned into a full standard.

For our purposes, this means that the safety limits it prescribes are likely to change. As we better understand the practicalities of working alongside collaborative robots, the limits will be updated. However, even though it's not a full standard yet, we’ll still refer to this report as a “standard,” because it’s the closest thing we have to a standard for cobot safety. You can find out all about the standard in our eBook, ISO/TS 15066 Explained.

Companies are using cobots (collaborative robots) to accomplish three things: expand production, redirect human workers to higher-value tasks, and ensure everyone's safety. In this section, we'll look at several examples of how they're making it happen.

At Trelleborg Sealing Solutions, a Danish manufacturing company, collaborative robots are being used as smaller, safer alternatives to traditional industrial robots. Each cobot has effectively become an accessory to each CNC machine. As Jasper Riis, the company's head of production, says, “Whenever we buy a new machine, we also order a robot for it.” This is a completely valid approach, and it is clearly very effective for Trelleborg's purposes.

Machine operators in the company are able to program the robots at a basic level, but that seems to be all the robotics training they have at this stage. The operators' jobs have remained pretty similar to the machine tending they did previously. The main difference is one of scale. Before, each worker would tend three machines simultaneously; now, they tend eight.

To produce its stylish eyewear, Lowercase NYC imports raw material in sheets. The sheets are cut down into small tablets and then turned into glasses frames in a CNC machine. The machine is tended by a UR5 cobot from Universal Robots and a Robotiq Gripper. The robot picks up the raw material, loads it into the first position, closes the door, presses the start button, and then does it all again for the second position. After machining, the robot removes the finished pair of glasses and places it in a bucket. The eyewear then goes through many steps of fine-tuning before being ready to ship.

Each production batch in the CNC machine averages 500 units, with around 30 to 40 units of each style. But even with such a small volume, Lowercase NYC co-founder Brian Vallario says the automated process is by far the best solution. ”I only have a few manual tweaks to do on the vices every time. The rest is all automated,” he explains. “This automation is important for us. Eyewear production is a very labor-intensive process, and we are such a small team that any improvement we can make in our efficiency is huge. Having a product that allows me to sit at the computer and work on design or go work on the more labor-intensive stuff that can’t be done by machines is a big plus for us.”

Some people might read the stories above and think, “Sounds like the robot took that machinist’s place and now that guy is out of a job!” But that’s not true. The point of collaborative robots is to do more manual tasks and free up human workers for more valuable tasks.

Instead of providing physical labor, workers can spend more time on quality control, part verification, process optimization, and making sure production is running smoothly. Tasks like equipment maintenance can be done more often, and all without having to worry about whether the machine is being fed. Cobots enable employees to:

Instead of standing in front of the machine waiting for the next part, workers can keep learning new things. Ultimately, employees get more stimulating jobs and managers get better production. It's a win-win.

Tegra Medical started small when it introduced collaborative robots, beginning with a single UR5 robot before scaling up to three UR5s on different machines. A culture of training and innovation is a key part of Tegra's approach. As Hal Blenkhorn, director of manufacturing, says: “No one is going to lose their job to a robot. We're trying to [add more value to] employees, to train them in new skills, whether it's a different operation or making them the robot supervisor in that area.”

The culture of in-house expertise let Tegra get creative with its use of robots. Taking what they learned from their first three integrations, the team members embarked on an ambitious application for their next robot, a UR10. As Blenkhorn explains, “The challenges in this last cell were running three different products on three different operations. It's unusual for us—and it's unusual in the industry—to have a mixed-model cell like that’s feeding three [different] products simultaneously.”

By taking over basic programming functions, the manufacturing team has given Blenkhorn more time to develop new applications. The operators are even able to get involved in developing these new applications.

This is clear when Senior Manufacturing Engineer Paul Quitzau talks about Tegra’s next application: “We are very excited. We’ve purchased our fourth robot and it's going to go into another area of our company where we perform laser marking.” As for how easy it was to install, Quitzau says, “I was able to piece together the entire application without much issue, and I'm not a programmer, I'm a mechanical person.”

To read the other sections, please download the full bundle 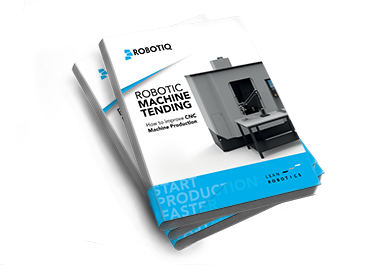